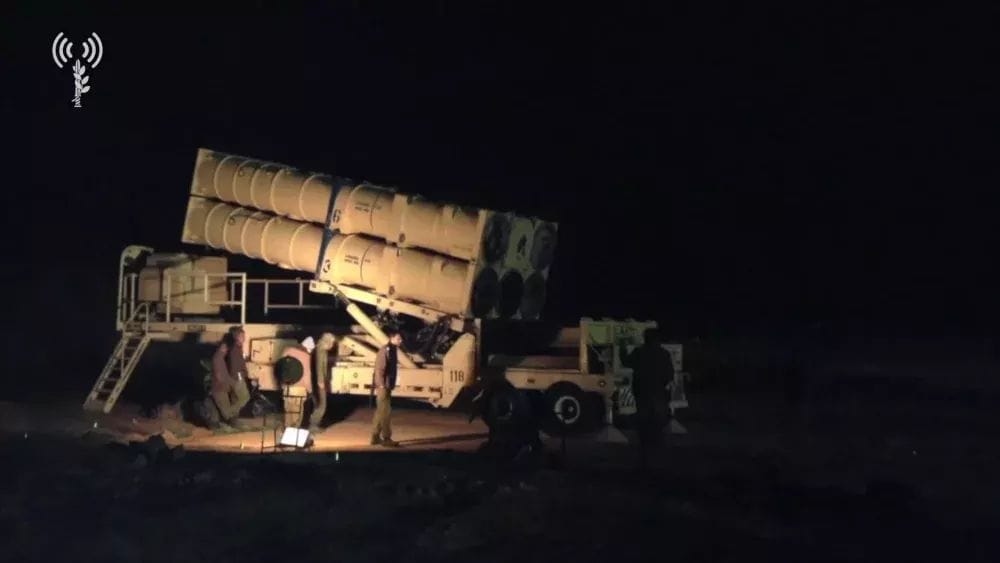 Iranian forces on the Syrian-held side of the Golan Heights shelled Israeli army outposts on the strategic plateau on Thursday but caused no casualties, the Israeli military said.

Israel retaliated for the attack, military spokesman Lieutenant-Colonel Jonathan Conricus said, without elaborating. Sirens went off throughout the Golan Heights and Israelis were warned to stay in designated protected spaces for the duration of the skirmishes until receiving further instructions.

The late-night incident followed a surge in tensions between Israel and Syria, where Iranian and Lebanese Hezbollah forces have been helping Damascus beat back a 7-year-old rebellion.

Fearing that Iran and Hezbollah are setting up a Lebanese-Syrian front against it, Israel has occasionally struck at their forces. Iran blamed it for an April 9 air strike that killed seven of its military personnel in Syria, and vowed revenge.

Conricus said that, in Thursday’s attack, around 20 projectiles, most likely rockets, were fired by the Quds Force, an external arm of the Iranian Revolutionary Guards Corps, at around 12.10 a.m.

“A few of those rockets were intercepted” by Israel’s Iron Dome air defence system, Conricus told reporters. “We are not aware of any casualties. The amount of damage that we currently assess is low.”

Asked if Israel retaliated for the salvo, he said: “We have retaliated but I have no further details about this.”

Expectations of a regional flare-up were stoked by President Donald Trump’s announcement on Tuesday that he was withdrawing from the Iranian nuclear deal. Hours later, an Israeli air strike in Syria killed 15 people, including 8 Iranians, the Syrian Observatory for Human Rights said.

Israel has neither confirmed or denied responsibility.