Israel Netanyahu: No Reason to Think Russia Will Interfere With Us in Syria
Israel 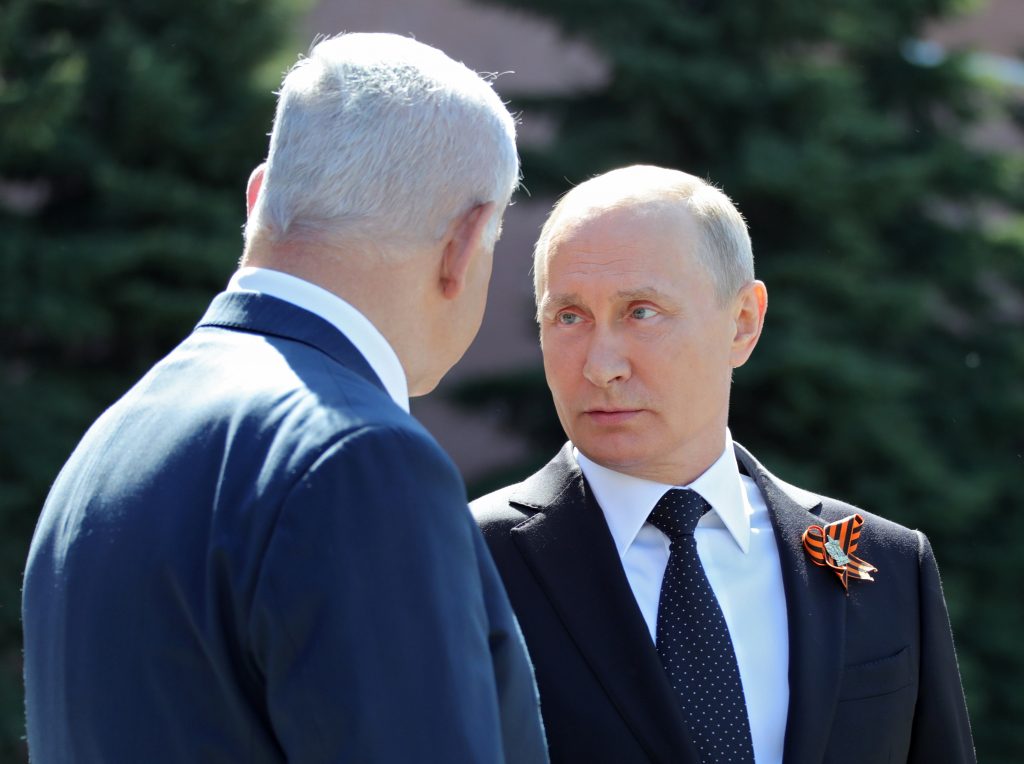 Israeli Prime Minister Binyamin Netanyahu said on Wednesday, following a day with Russian President Vladimir Putin in Moscow, that he has no reason to think that Russia would limit Israeli freedom of operation in Syria.

PM Netanyahu made the statement in a briefing with Israeli diplomatic correspondents following ten hours of ceremonies and meetings with Pres. Putin, which he termed “good and useful talks.”

In an official readout from Pres. Putin’s office about his meeting with PM Netanyahu, no mention was made on the Russian leader’s side of either Iran or of Israeli military operations in Syria.

Pres. Putin was quoted as saying: “Unfortunately, the situation is very acute. I would like to express hope that you and I will not only manage to discuss, but also find solutions which will lead to a shift in the situation, and which will also allow us to find ways to resolve heated conflicts.”

In a separate statement issued by the Prime Minister’s Office on Wednesday evening, PM Netanyahu said that “in these talks I presented our perspective on issues including Iran’s secret nuclear archive and, of course, the current tension.

“I presented Israel’s obligation and right to defend itself against Iranian aggression, from Syrian territory…I told President Putin that it is the right of every state, certainly it is Israel’s right, to take such steps as are necessary to defend itself against this aggression. I think that matters were presented in a direct and forthright manner, and this is important. These matters are very important to Israel’s security at all times and especially at this time.”