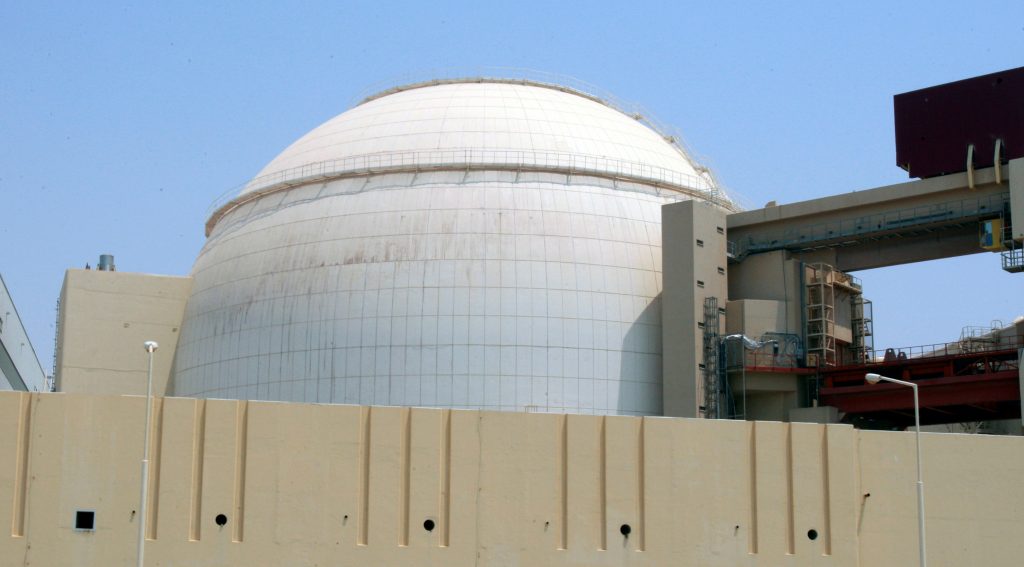 World powers involved in the Iran nuclear agreement expressed regret Tuesday at President Donald Trump’s decision to pull the U.S. out of the landmark pact amid concern the move will undermine efforts to stop the spread of atomic weapons.

Signatories to the 2015 deal to curb the Islamic republic’s nuclear ambitions urged Trump not to fundamentally undermine the U.N. Security Council-endorsed agreement so that the other parties — Britain, France, Germany, Russia, China and Iran — can continue to respect it.

But Israeli Prime Minister Binyamin Netanyahu praised the U.S. president’s decision as “a historic move.” Netanyahu has long been an opponent of an agreement that he said would never remove the danger of Tehran developing nuclear weapons and whose recent revelations about intelligence showing that Iran has lied about its program was cited by Trump as one reason to pull out.

“It is with regret and concern that we, the Leaders of France, Germany and the United Kingdom take note of President Trump’s decision to withdraw,” French President Emmanuel Macron, German Chancellor Angela Merkel and British Prime Minister Theresa May said in a joint statement after discussing the move.

“Together, we emphasize our continuing commitment to the (deal). This agreement remains important for our shared security,” they said.

The three called on Washington to “ensure that the structures of the (agreement) can remain intact, and to avoid taking action which obstructs its full implementation by all other parties to the deal.”

In New York, Russia’s deputy ambassador to the United Nations, Dmitry Polyansky, said “we are disappointed” at the U.S. announcement.

Asked whether the move might heighten tensions in the Middle East, he responded with one word to reporters at U.N. headquarters: “sure.”

U.N. Secretary-General Antonio Guterres called the nuclear deal “a major achievement” that “has contributed to regional and international peace and security” and said he was “deeply concerned” by the U.S. decision. He called on the other signatories “to abide fully” by their commitments.

European Union foreign policy chief Federica Mogherini, who helps supervise the way Iran and the six world powers implement the deal and settle any disputes, expressed concern about Trump’s suggestion that new sanctions might be slapped on Iran.

“I am particularly worried by the announcement tonight of new sanctions,” Mogherini told reporters in Rome, adding that she would consult with Europe’s partners about any new measures “to assess their implications.”

“In any case, the European Union is determined to act in accordance with its security interests and to protect its economic investments,” she added.

In a message directed to Iran itself, Mogherini said: “Do not let anyone dismantle this agreement. It is one of the biggest achievements diplomacy has ever delivered, and we have built this together.”

In a broadcast address in Israel, Netanyahu hailed Trump’s decision and said that leaving the deal unchanged would be “a recipe for disaster, a disaster for our region, a disaster for the peace of the world.”

Netanyahu said Iran’s aggression has grown since the deal, especially in Syria, where he says it is “trying to establish military bases to attack Israel.”

The precise impact of Trump’s decision will probably take some time to decipher.

In the short term, U.S. Congress now has about 60 days to decide its next move. Iran can also trigger a dispute mechanism in the agreement, opening a maximum 45-day window for the airing of grievances and to seek a compromise. This could buy three months of valuable time.

Overall, Trump’s threats have baffled the Europeans. They say the deal is working and note that the International Atomic Energy Agency has now certified 10 times that Iran is in compliance with its obligations.

They wonder how breaking this deal would improve things and fear it might only create a dangerous vacuum for Iran to resume its nuclear activities.

EU officials also warn that any changes Trump might want to make to this agreement would have to be done on the basis of “more for more.” They believe Iran is unlikely to accept new constraints without concessions in return.

That said, it is still possible to ramp up pressure on Iran over its ballistic missile program or its destabilizing role in regional affairs through other sanctions, which would fall outside the scope of the agreement.

Just in case U.S. sanctions linked to this agreement do kick in, the EU is weighing how to protect the interests of European businesses working with Iran.

In a tweet hours after he officially took up his duties, Ambassador Richard Grenell noted that Trump said American “sanctions will target critical sectors of Iran’s economy.”

“German companies doing business in Iran should wind down operations immediately,” he added.