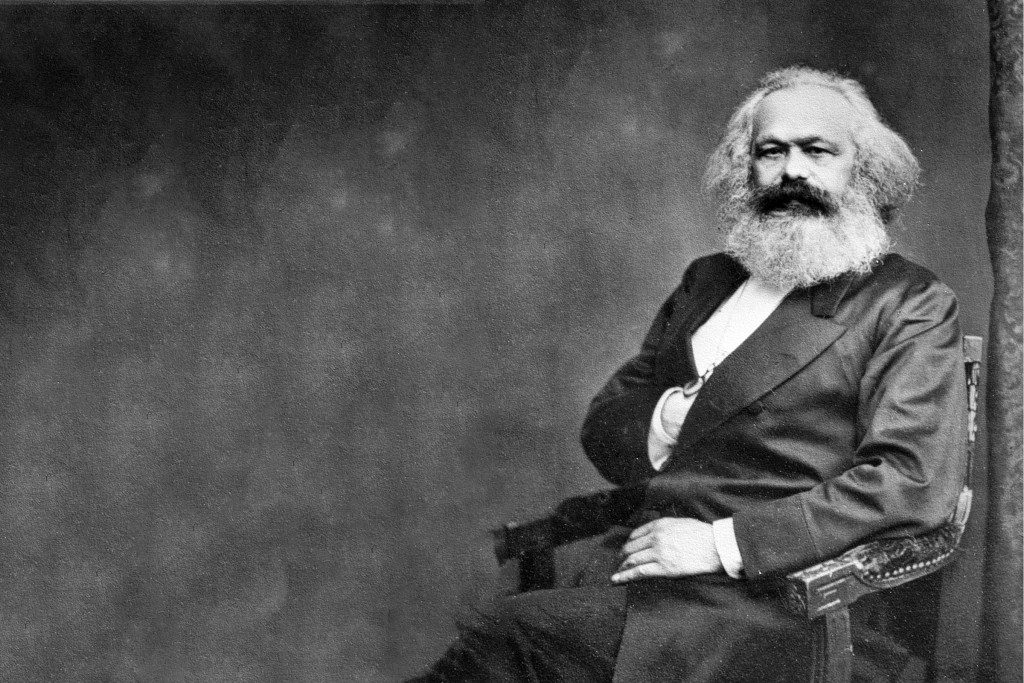 Presidents get 100 days to show what they have accomplished. Dictators get a bit more. The world spins on philosophers, though, so they get 200 years.

Few have impacted the course of human events as Karl Marx did. Few, too, have had their ideas so thoroughly discredited by human events. Then why is there a mini-outpouring of longing for the white-maned theorist of greed? What, aside from a lesson in class warfare, does Marx hold for us in the enlightened 21st century?

Marx’s offspring include Lenin’s and Stalin’s Red Revolution that ushered in a brutal Soviet regime. They killed tens of millions of innocents but failed to lift up the working class — the proletariat, as Marx termed them. He is the father of China’s Mao insurgency that killed upwards of 70 million farmers, and also of the Castro and Kim dynasties that have devastated Cuba and North Korea.

Current groups that revere Marx as their spiritual antecedent range from terrorist bands in Colombia and Nepal to ragtag armies of discontents such as Occupy Wall Street and 99 percenters everywhere.

His feebler heirs include the mayor of New York City who hankers for the day when private property will be abolished, replaced by a government-run conglomerate who decides who gets which homes. It includes a senator from Vermont who proudly runs for president on the Democratic line as a “socialist.” His theories about the economy are so simplistic a child could refute them.

Finland last year instituted a “guaranteed income,” in which citizens get paid for nothing. It’s the logical next step after a minimum wage. If workers deserve $15 an hour regardless of their qualifications and performance, then why stop there? Why stop at workers? Give everybody a minimum wage.

We have a candidate running for governor of New York slamming the incumbent for not being sufficiently against the “1 percent.” But Cynthia Nixon herself, according to her tax forms, has a $1.5 million annual income. Her opponent has $30 million in the bank to spend on proving he is the candidate more dedicated to following Marx’s glittering path to the economic abyss.

Marx was born on a Tuesday, May 5. That Shabbos, ehrliche Yidden in his small German town sat and learned the weekly Perek — they were learning the fourth chapter of Pirkei Avos that week in 1818. Marx’s father, if he would have been there, would have learned, “Who is a wealthy man? He who is content with his portion.”

Alas, Marx’s father had turned his back on the heritage of his parents. Instead, little Karl grew up with the axiom, “Who is a wealthy man? We all deserve to be.” He associated wealth with greed, leading to two centuries of blood, tears, covetousness and evil.

Marx grew up in Germany when the country was a manufacturing hub. He struggled with his finances, casting his greedy eyes on the haves and wondering why he was a have-not. He saw menial workers doing the hard work and getting paid the least, managers doing less labor and getting better salaries, while at the top of the pyramid sat the company’s owner, president and CEO — performing the easiest work and getting the most money.

It’s the fat cats who get the cream, Marx thought darkly. How long can this go on, he wondered. He predicted in his Communist Manifesto and Das Kapital a future of workers rising up, seizing the factory and turning it into a paradise on earth, no less. “From each according to his ability, to each according to his needs,” he concluded his magnum opus.

But that hasn’t happened yet. Ask the Marxists and they’ll explain it away. We have yet to practice real socialism, they say.

Marx himself would have been bitterly disappointed to know that his prediction was borne out some two decades after his death — in backwards Russia, not in his beloved Germany. Russia barely had a bourgeoisie — his derogatory term for the middle class, where workers who performed better got paid more — let alone a 1 percent.

Then the Chinese turned Communist. Mao soon turned on Stalin, accusing the Soviets of not being sufficiently pure Marxist. Give it a few years and China itself instituted “controlled” capitalism into its economy.

Marxism is admirable from a theoretical standpoint. Who doesn’t want an equal society? Who doesn’t want income equality, where everybody has enough food and a place to live? Who doesn’t want a classless public, where CEOs are generous to their workers and workers give their jobs all they’ve got, regardless of the fact that their salary remains the same.

The reason for Marx’s utter failure to improve is simple — the precious characteristic that Hashem put into the human psyche to be greedy.

Hashem, says Chovos Halevavos, wanted humankind to work and build civilizations and populate the earth. So He made them greedy.

Hashem wanted people to constantly strive for higher levels of avodas Hashem. So He made them greedy.

Greed, like all other personality traits, is useful when used for the proper ends and detrimental when misused.

Marx sought to squelch that very human feature. His legacy as it enters its third century is a humanity teeming with greed for the wealth of others.