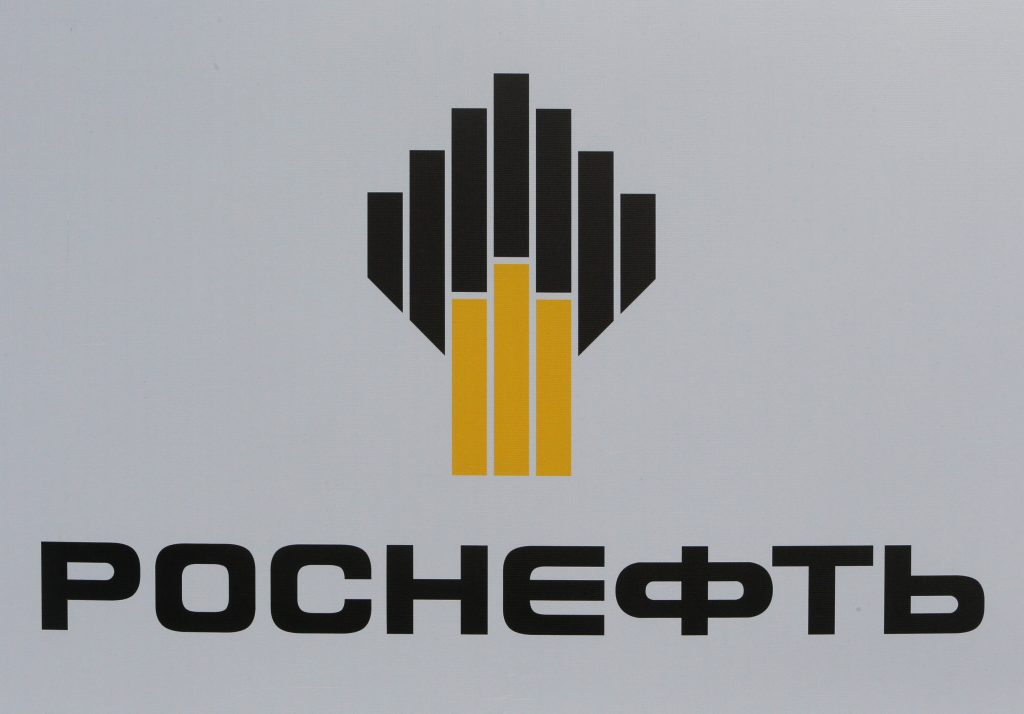 A Russian oil company, effectively barred from international capital markets by western sanctions, has found an ingenious workaround, involving a Moscow bank, by taking a detour to Dublin.

In February, Credit Bank of Moscow used an Irish shell company to sell $500 million of bonds to investors including Goldman Sachs. While the marketing materials for the offering didn’t dwell on the bank’s relationship with Rosneft PJSC, the state-controlled oil company has drawn the lender into close orbit, making hundreds of millions of dollars in deposits at a time of financial duress, and borrowing billions in return.

The Moscow bank isn’t sanctioned and faces no limits from international investors on raising funds. The money it brought in through the Irish special purpose vehicle, or SPV, didn’t go directly to Rosneft. Yet the maneuvering allowed the bank to expand its lending to the oil company, highlighting one way that Russian firms are circumventing U.S. and European restrictions.

Those kinds of ties are getting riskier, as the U.S. begins to target a wider group of oligarchs and Russian companies. Last month, sanctions slapped on aluminum producer United Co. Rusal roiled markets and devastated its bonds sold through an Irish SPV before the restrictions were put in place.

“Credit Bank of Moscow could face heightened risk around the lending to Rosneft,” said Peter Harrell, a former U.S. deputy assistant secretary of state for counter-threat finance and sanctions, and now a fellow at the Center for a New American Security. “The risk profile for this kind of lending is definitely higher today than it was at the beginning of the year.”

Credit Bank of Moscow’s Irish SPV, CBOM Finance Plc, has raised more than $2.3 billion since November 2016, according to Irish Companies Registration Office filings. The February offering was arranged by investment banks including Credit Suisse Group AG, JPMorgan Chase & Co. and Societe Generale SA. Goldman Sachs, French asset manager Amundi SA and Morgan Stanley were among the biggest buyers, according to data compiled by Bloomberg. Spokesmen for all the firms declined to comment.

Vladimir Chubar, Credit Bank of Moscow’s chief executive officer, acknowledged that Rosneft is one of the lender’s largest clients; but he said in a text message to Bloomberg that the scope of cooperation between the two companies didn’t warrant a separate section in the February prospectus.

“Credit Bank of Moscow, being the leader in recent years on international capital markets among all Russian banks, is extremely attentive to sanctions risks,” Chubar said. “We are certain that our format of servicing Rosneft and its structures does not carry such risks.”

The bonds sold in February, which mature in 2023 and have a 5.6 percent coupon, fell 1.8 percent Tuesday to about 91.5 cents on the dollar. That’s the biggest drop since April 16, after Nikki Haley, the U.S. ambassador to the UN, warned of possible further sanctions on Russia.

When sanctions barred U.S. and European entities from providing long-term funding to Rosneft in 2014, attempts to refinance its debt contributed to a currency crisis. Since then, Rosneft has relied mainly on domestic lenders, creating what S&P Global in February called “a risk for the entire Russian banking system.” It is the country’s most-indebted company, with $93 billion of gross debt and obligations to long-term oil buyers at the end of 2017.

Credit Bank of Moscow’s exposure to Rosneft grew last year, with the oil company transferring more than $3.2 billion (200 billion rubles) in repurchase agreements, a form of collateralized debt, from distressed Bank Otkritie FC in July, according to a person with knowledge of the matter who asked not to be identified.

Within months, Rosneft placed 22 billion rubles in long-term deposits at the lender that don’t come due until 2066, fortifying Credit Bank of Moscow’s capital at a time when its stability was in question.

Meanwhile, the Moscow bank was raising hundreds of millions of dollars through Irish bond sales. That helped it meet stricter capital requirements, after Russia’s central bank named it a systemically important lender in September, and enabled it to expand its lending to the oil company. In March, the lender named Mikhail Polunin, a former vice president at Rosneft-owned Russian Regional Development Bank, as its first deputy CEO.

Credit Bank of Moscow provides short-term ruble loans to Rosneft-related companies; and such financing doesn’t affect its capital, the lender said in a statement Tuesday. The February debt sale was used to refinance its 2013 bonds, it said.

A single counterparty had 658 billion rubles in collateralized loans from Credit Bank of Moscow at the end of 2017, according to a filing. The lender’s press service wouldn’t identify the client, but said it’s “not linked to the oil and gas sector.”

That differs from the impression bank executives left with potential investors at the Savoy hotel in Zurich when they pitched their bond offering. Dorthe Fredsgaard, a portfolio manager at GAM Holding AG who attended the session, asked about the risk of being hit by sanctions because of links to Rosneft.

“They were pretty arrogant about the sanctions risk,” Fredsgaard said in a phone interview. “They didn’t seem to have a plan B in place if that was going to happen. That was the main reason why I didn’t want to touch them.”

Some investors see Credit Bank of Moscow’s Rosneft connection as a sign of strength.

“Having one of the largest state-owned institutions relying on them is a strong commitment from the government and the regulator toward the bank,” said Patrik Kauffmann, a portfolio manager at Solitaire Aquila Ltd. in Zurich, who also attended the presentation and holds Credit Bank of Moscow bonds. “The regulator, the state and Rosneft speak altogether with one voice.”

Appearing too close to Rosneft or its sanctioned CEO, Igor Sechin, an ally of Russian President Vladimir Putin, could have disastrous consequences. Last month’s sanctions against Rusal and its billionaire controlling shareholder Oleg Deripaska, about whom the U.S. said, “does not separate himself from the Russian state,” made that risk even clearer.

“There has been a swing from targeting people or entities with near total overlap with Putin’s system during previous rounds of sanctions, to just some overlap now,” said Brian O’Toole, a senior fellow at the Atlantic Council who previously worked in the Treasury’s sanctions unit. “The question is who is next, and the closer you are perceived to the Kremlin, the more at risk you are.”

Rusal Capital DAC, a Dublin-based SPV linked to Deripaska’s company, has sold $1.6 billion of bonds since the beginning of last year. The bonds lost more than half their value after the sanctions landed in April, and holders were unable to sell the securities. A note issued by the U.S. Treasury on May 1 clarified the rules, allowing them to trade out of the debt.

Credit Bank of Moscow’s controlling shareholder is Roman Avdeev, a billionaire who bought the lender when it was little more than a banking license in 1994. Avdeev was included on a U.S. Treasury list of oligarchs released in January. While those named weren’t targeted for restrictions, the move demonstrated that they were on Washington’s radar.

Avdeev’s bank is the only one in the so-called Moscow ring — a group of private lenders that expanded after the first wave of sanctions restricted state-owned banks’ international borrowing — that has avoided a government bailout. Otkritie, B&N Bank PJSC and Promsvyazbank PJSC were nationalized last year, when the central bank uncovered holes in their balance sheets, costing the state 1.9 trillion rubles.

All of the lenders have raised funds using SPVs, structures that typically have no employees and can borrow on behalf of a sponsor company elsewhere by selling bonds. Ireland has become a global hub for SPVs, and is now home to about 1,100 of them with 333 billion euros ($397 billion) of assets, according to data from the nation’s central bank. The entities generated 284 million euros in fees last year for the firms that arrange them, the regulator estimates.

Russians are among the most active sponsors of Irish SPVs, accounting for about 14 percent of their assets, or some 47 billion euros, central bank figures show. Regulators in Dublin, who began amassing data on the sector several years ago, have struggled to analyze some entities because of “the complexity and opaqueness of their transactions,” according to a July 2015 report.

Credit Bank of Moscow’s SPV is overseen by Cafico International, a Dublin-based accounting firm that has structured many Russian-linked entities from an office close to the childhood home of Oscar Wilde on Merrion Square. Rodney O’Rourke, managing director at Cafico, didn’t respond to emails and phone calls seeking comment. Katie Philpott, a spokeswoman for Ireland’s central bank, declined to comment.

While many companies set up Irish SPVs for legitimate purposes, some have allegedly been misused. At least two Russian lenders, Vneshprombank and Tatfondbank, used them to raise funds before they foundered amid accusations of fraud and embezzlement.

Peresvet, which had been part-owned by the Russian Orthodox Church, used an Irish SPV until it imploded in 2016, burning subordinated bondholders and forcing a 66.7-billion-ruble bailout by a bank owned by Rosneft. Polunin, the executive now at Credit Bank of Moscow, was tapped to lead the rescue.

Meanwhile, Credit Bank of Moscow continues to draw closer to Rosneft. In April, a pension fund for Rosneft workers merged with a fund belonging to Avdeev, bringing together 110 billion rubles under management.

“This is just one of several stories that illustrates the risks you run if you’re an international financial center,” Stefan Gerlach, deputy governor at the Irish central bank until 2015, said in an interview. “Politicians in Ireland have been so gung-ho on it because they recognize that it generates employment and tax revenues. But they haven’t recognized that it can be source of reputational risk and can also be a source of serious concerns.”