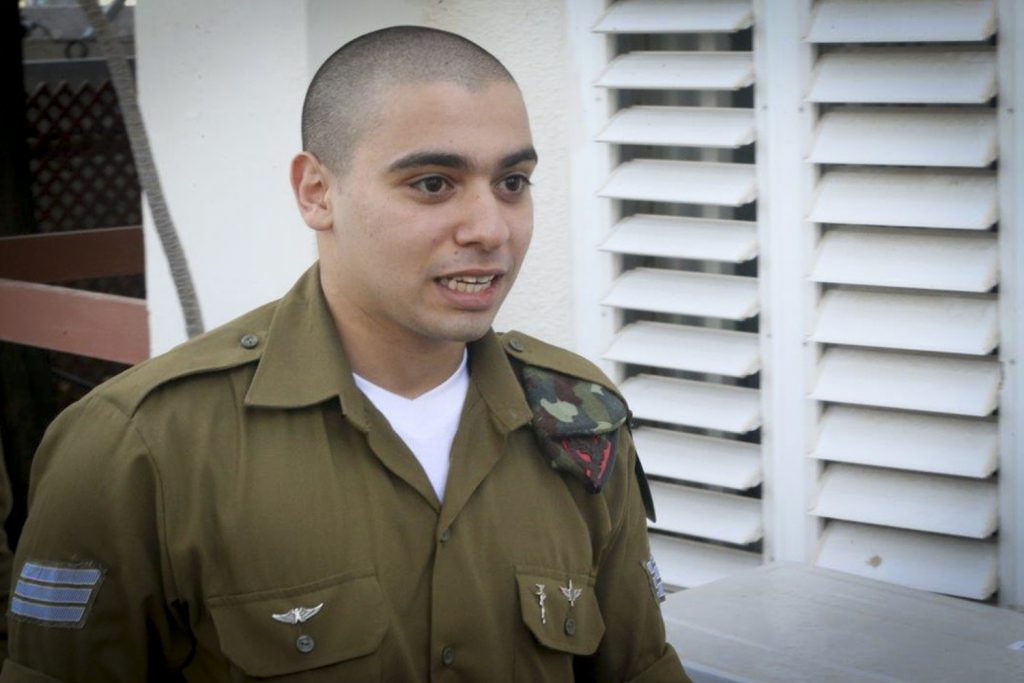 Saying that she was speaking on behalf of other government officials as well, Culture Minister Miri Regev said Tuesday morning that she would work to erase the criminal record of IDF soldier Elor Azaria, who was released Tuesday after nine months in prison. Addressing the Azaria family as they welcomed Elor as he emerged from the military prison he had been held in for nearly a year, Regev said that she wishes for the released soldier “a new life – a quiet one, especially after all he has gone through. You, the family, deserve some quiet as well.”

Azaria was convicted in February 2017 on charges of manslaughter and conduct unbecoming an IDF soldier, after shooting at a terrorist in Chevron on Purim a year earlier, when the terrorist was neutralized and on the ground, after he had been shot when he tried to stab soldiers. At his trial, defense attorneys stressed Azaria’s sterling record as a soldier, and the fact that the possibility of a further terror attack – in which the terrorist who was on the ground might set off a bomb that he could have been carrying on his person – justified the shooting, or at least provided reasonable grounds for Azaria’s having acted the way he did.

The court rejected those arguments, sentencing the soldier to 18 months in military prison, and on appeal reducing the sentence by four months. At a parole hearing in March, officials refused to reduce the sentence further, but did agree to paroling the soldier and allowing him to go home. Commenting on his release, Prime Minister Binyamin Netanyahu, on his way to meetings in Cyprus, said that he was “happy that this matter is at an end.”

Azaria’s jailing was a flashpoint among many Israelis, with those on the right complaining that army brass were placing restrictions on soldiers that would endanger their lives at the expense of protecting terrorists, while proponents of jailing Azaria, on the left, claiming that the sentence was necessary in order to ensure that soldiers do not take security matters into their own hands.