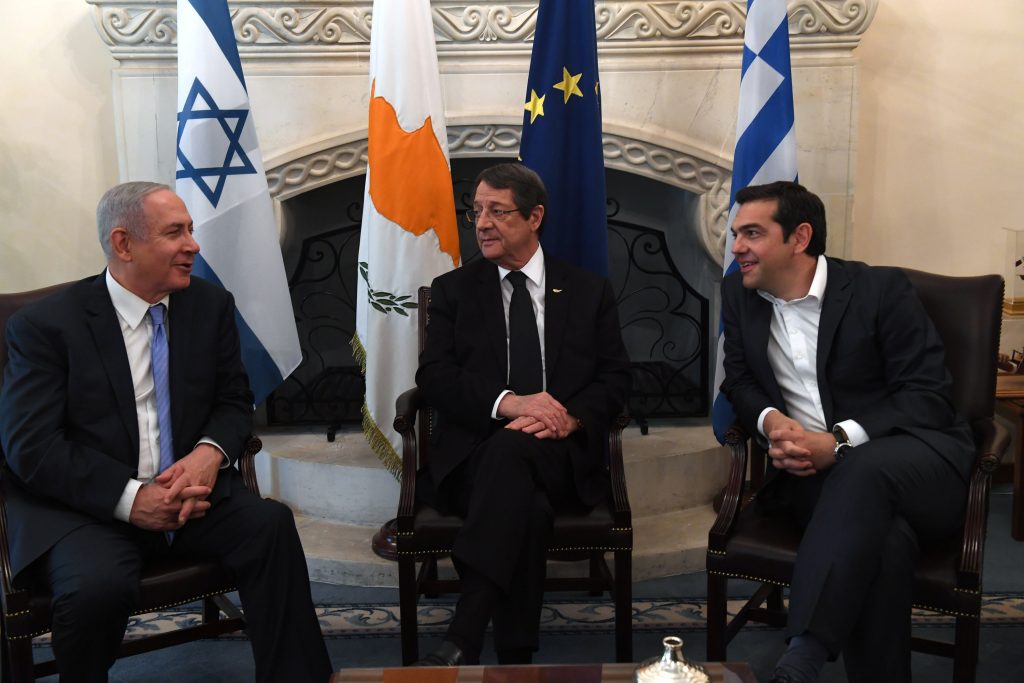 Israel is set to sign a series of agreements with both Cyprus and Greece, as Prime Minister Binyamin Netanyahu met with the leaders of both those countries on a one-day trip to Nicosia, Cyprus. Netanyahu and a large Israeli delegation of government officials and business people were warmly greeted by their hosts, Channel 20 reported, as the leaders and the delegations discussed various agreements on energy, the environment and communications.

Observers said that the agreements further solidify Israel’s relationships with the two countries, even as its relations with Turkey – seen as a Mediterranean Basin “competitor” to Greece and Cyprus – sours. While Israel maintains strong trade ties with Turkey, it has increasingly taken the side of Cyprus and Greece in their international disputes with Ankara, especially over the continued occupation by Turkey of northern Cyprus.

Netanyahu met Tuesday morning in separate meetings with Cypriot head of state Nicos Anastasiades and Greek leader Prokopis Pavlopoulos, before participating with the two in a trilateral meeting. Among the agreements that are to be signed Tuesday: An agreement that would see Israel and Cyprus exchange information and offer mutual help on security and terrorism threats and issues; an agreement by which both countries will fund artistic works for joint productions by Israelis and Cypriots; an agreement to ensure that the natural gas production of the three countries does not pollute the waters of the Mediterranean; a memorandum of understanding to develop an advanced communications network between Israel, Cyprus and Greece, and from there to the rest of Europe; and a deal with Greece to reduce the mutual costs of cell communications between both countries.