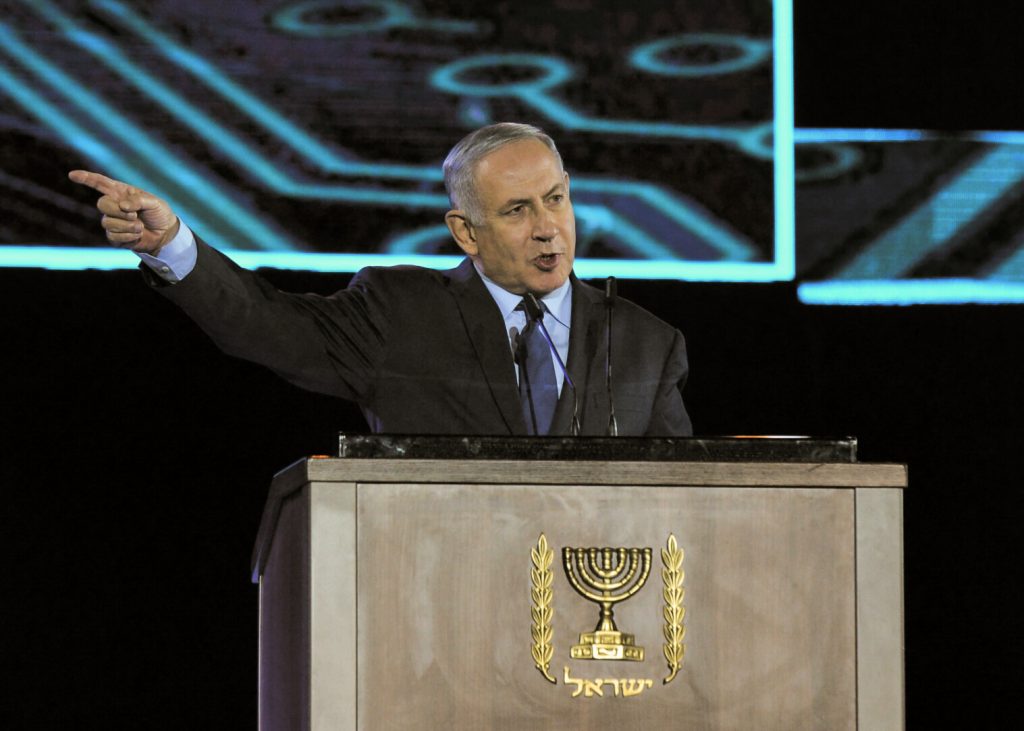 Call it the Netanyahu Moment.

Iran may be touching off a war that has no discernible limit in its escalations. “The United States embassy in Israel on Tuesday prohibited American government employees from traveling to the Golan Heights without prior approval Tuesday,” reports the Times of Israel, “amid heightened fears of an Iranian attack from neighboring Syria.” If Tehran’s mullahs or the Revolutionary Guard Corps leadership or both think they can calculate Israel’s reaction to any use of weapons against the Jewish state, they are very mistaken.

The mullahs didn’t see Israel’s spy agency Mossad coming into the heart of their country for a cache of nuclear weapons documents, and they don’t see what is coming if they ratchet up their confrontation with Prime Minister Netanyahu. The headlines are dire, but not as dire as what would follow for the Islamic republic were it to launch an attack on Israel.

Like most Americans, I know Israel through the prism of Netanyahu, and if last week’s news conference about the files obtained from Iran is any indicator, the prime minister is spoiling for a fight. Though Netanyahu is surrounded by scandals, they’re more like the scandals that surrounded Bill Clinton than the ones that surrounded Richard Nixon: They nag and they distract, but they do not topple. Who, after all, would Israelis and Americans want at the top of the government in a real war? Who would they want dialing for help to President Donald Trump, Vice President Pence, Secretary of State Mike Pompeo and Defense Secretary Jim Mattis?

While all of these key Americans know and respect Israel’s Ambassador to the U.S. Ron Dermer and his predecessor and current Deputy Minister Michael Oren, only Oren has a real shot at becoming prime minister and the odds of a completely new face making a compelling appeal to the American political leadership are less than terrific. This is where Netanyahu has an edge, even as his political critics grow in volume and number.

“Bibi works, without vacation, without an afternoon off, 20 hours a day,” one wired-in Israeli politician told me, using Netanyahu’s nickname. “You can count on four fingers the people who can replace him, and maybe not four. He’s the world’s greatest communicator, political genius and [a] world-class economist. . . . He’d be a very, very tough act to follow.”

And if Iran sets off a battle, there is no one right now to follow that act. Netanyahu has laid the moral groundwork for turning it into a war, especially if the missiles flying are made in Iran, inevitably if they are launched from Iran.

Israel has drawn red lines, “very bright red lines,” Oren says. And despite all the internal and, to Americans at least, bewildering gyrations of Israeli politics, this is Netanyahu’s moment if Iran crosses any of those red lines.