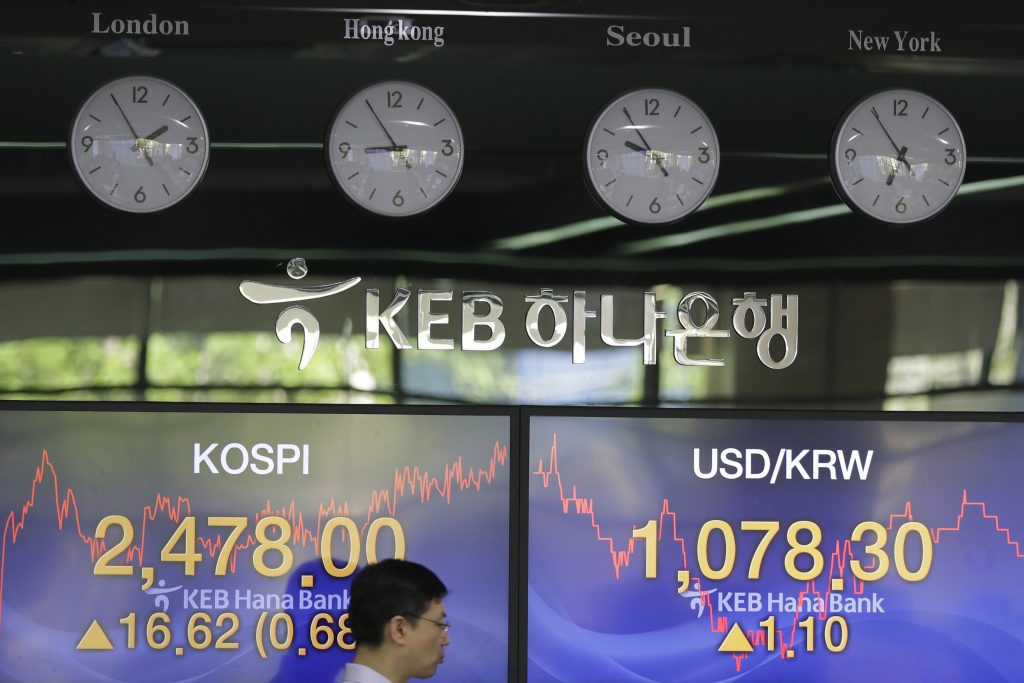 Oil prices eased slightly on Tuesday, a day after hitting 3½-year highs, as investors braced for President Donald Trump’s decision on whether to withdraw the United States from the Iran nuclear deal, a move that could disrupt global oil supply. European shares are seen steady to slightly firmer after Asian shares picked up, helped by technology stocks as generally upbeat earnings overcame weakness in the global smartphone market and concerns about more regulation.

U.S. West Texas Intermediate (WTI) crude futures on Monday rose above $70 for the first time since November 2014, putting it more than 18 percent above this year’s low touched in February.

On Tuesday, some of those oil-price gains were pared as traders took profit after Trump said in a tweet he would announce his decision on the nuclear deal at 1800 GMT Tuesday.

“The oil market has priced in the high likelihood of Trump withdrawing from the nuclear deal with Iran. If he is going to impose sanctions similar to those the U.S. had in 2012, that would likely cause a shortage in oil,” said Tatsufumi Okoshi, senior commodity economist at Nomura Securities.

Adding to market pressures, falls in Venezuelan oil production due to problems at the country’s oil company PDVSA also added to the rally.

Some analysts cautioned that the rally in technology shares could face a short-term correction as valuations soar.

On Tuesday, China reported exports and imports jumped in April, beating forecasts, but the news did not impact markets.

In currency markets, the dollar broadly held firm on the prospect of solid U.S. economic growth, helped partly by Trump’s tax cuts and spending, pointed to further rises in U.S. interest rates down the road.

That prompted investors to buy back dollars they had sold earlier this year on worries about Trump’s protectionist trade policies.

The combination of higher oil prices, a strong dollar and higher U.S. rates is risky for some emerging market assets as it could significantly worsen their trade balance and also encourage investors to shift funds to higher-yielding U.S. assets.

“The emerging market currencies are now playing catch up with some of the excessive losses seen in developed currencies … Asian currencies have also fallen victim to the latest round of USD buying momentum,” Jameel Ahmad, Global Head of Currency Strategy & Market Research at FXTM wrote in a note.

The Indian rupee hit a 15-month low while the Indonesian rupiah hit its lowest level since December 2015 on Tuesday.

Indonesia’s economy grew at 5.06 percent in January-March, down from 5.19 percent in the previous quarter.