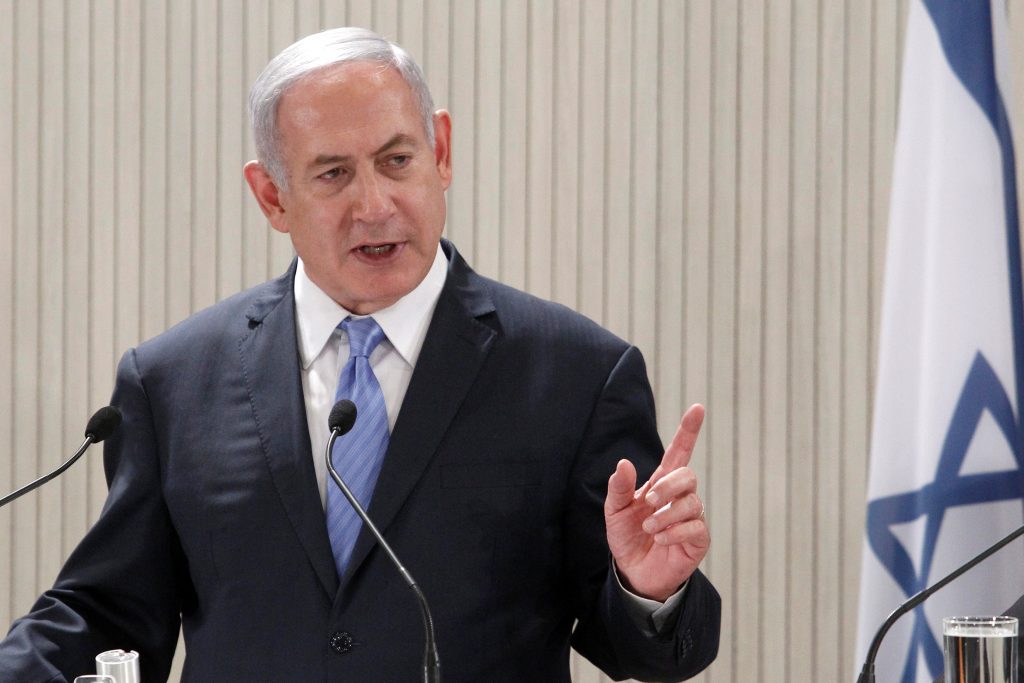 Israeli Prime Minister Binyamin Netanyahu led off the reactions from Israel to President Donald Trump’s announcement that the U.S. is pulling out of the Iran nuclear deal, saying that “Israel appreciates greatly President Trump’s decision.”

Netanyahu praised Trump’s “courageous decision as the right one. If the agreement had been maintained, it would have allowed Iran enough material to develop a full arsenal of bombs.”

He gave Israel’s “full support [to Trump’s] commitment to confront the terrorist regime in Tehran and his commitment to ensure that Iran never gets nuclear weapons — not today, not in a decade, not ever.”

Deputy Minister for Diplomacy Michael Oren, the former Israeli ambassador to Washington, who represented Israeli opposition to the deal to the Obama administration, said: “A deadly threat has been lifted … The Middle East and the world will be safer and better able to stop Iran.”

Israel Ambassador to the United Nations Danny Danon said: “This is a historic decision that provides the prospect for a new era of security and stability in the Middle East. A united front against this regime that promotes terror and sows instability can put an end to the Iranian aggression, which threatens our region and the entire international community.”

In the opposition, Zionist Camp MK Shelly Yacimovich said “the deal is flawed, but the situation could get worse to the point of accelerated nuclearization of Iran, or the risk of a war. We should hope that the way will be found to a new agreement.”

Joint List MK Ahmed Tibi condemned Trump as a warmonger and said his decision is “a disaster that endangers the entire world.”

Yesh Atid leader MK Yair Lapid thanked Trump for standing with Israel, and said Israel should use all its diplomatic tools to persuade Europe, China and Russia to join in preventing Iran from developing nuclear weapons.

“Just as in the past I worked with the government to cancel the bad nuclear deal, I will not make calculations of coalition and opposition this time, either,” he stated.