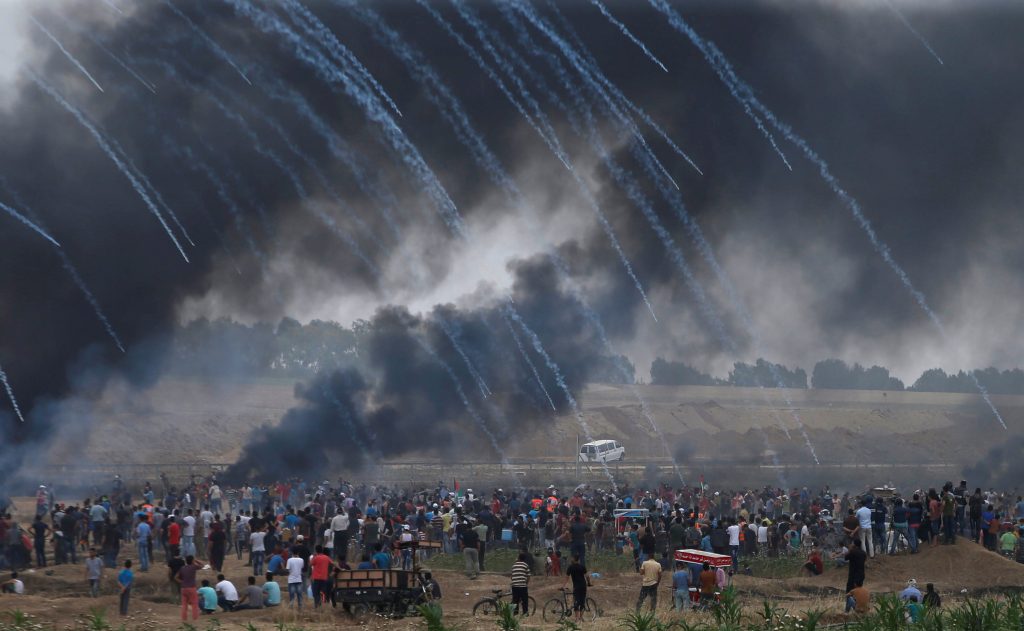 A Hamas official says the terrorist group hopes to mobilize a large turnout for next week’s Gaza border protests, the highlight of a campaign to break a decade-old blockade of the territory.

Ghazi Hamad said Tuesday that “there are many tools” to encourage participation, including making phone calls and offering more bus shuttles.

Weekly border protests began on March 30 and are to culminate in two days of mass demonstrations next week. One, on Tuesday, marks the uprooting of Palestinians during Israel’s War of Independence in 1948.

Hamas has sent mixed signals about a possible border breach.

Hamad says protests will continue “as a long-term strategy,” saying it is “less expensive” than going into a military confrontation with Israel.

The status evaluation was held in anticipation of next week’s expected developments on the Palestinian front on the Gaza border, in Yehudah and Shomron, along with growing concerns about possible disturbances and terror attacks following the transfer of the American Embassy to Yerushalayim.