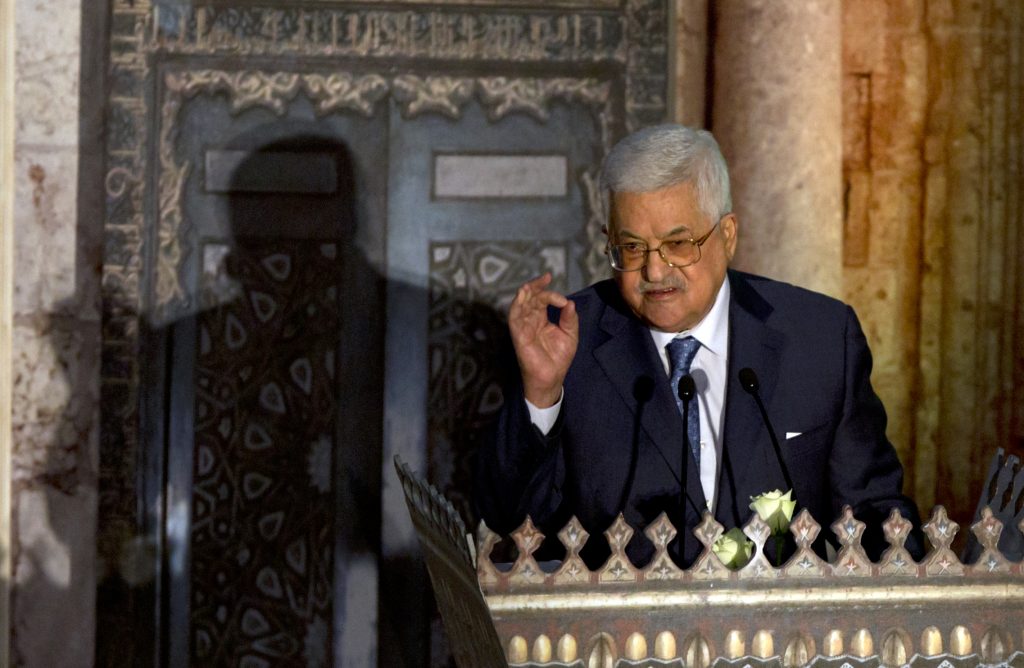 It’s long been known that the Palestinian Authority pays terrorists who kill Jews, but this week the Defense Ministry released the actual figures — the “pay scale” for heinous crimes, as it were.

How much did the terrorist “earn” for murdering Naama and Harav Eitam Henkin, Hy”d, in front of their children in a car during Chol Hamoed Sukkos three years ago? Karem Lufti Fatahi Razek is to receive a total of NIS 11,232,000 (just over $3 million) by the time he turns 80.

What is the going rate for butchering the Salomons on a Shabbos night as they prepared for the shalom zachor of a grandchild? Omar al-Abed, 19, will bring home NIS 12,605,000 (around $3.5 million).

In other cases, it is the terrorists’ families who receive payment. The family of one of the murderers of Raziel Shevach, Hy”d, receives a monthly pension from the Palestinian Authority of NIS 1,400.

It is outrageous that the Palestinian Authority can’t cover basic necessities for its population but finds the funds to pay terrorists. In light of this, the Knesset has taken a long-overdue step and voted on a bill that says that for every dollar the Palestinian Authority pays out to terrorists each year, Israel will deduct a dollar from the taxes it collects for the PA and transfer the money to compensate the victims of terrorism.

In other words, Israel will stop subsidizing terrorism.

There is a recognition that the way to battle terrorism is not to go after the individual killer — who hides in large crowds and strikes at the time and place of his choosing — but to dry out the swamp by cutting off his sources of funding.

Last week, for instance, security officials revealed that they had arrested Hamas terrorists who’d distributed 150,000 euros in PA-controlled areas of Yehudah and Shomron.

The chief fundraiser was Yassin Rabia, a Hamas terrorist who was released from Israeli prison as part of the deal to free IDF soldier Gilad Shalit. Rabia raised the money in places like Turkey and hid it in various locations throughout Yehudah and Shomron to be used by killers to purchase weapons and other devices by which to carry out attacks.

But it isn’t enough to withhold money from the Palestinian Authority or from terrorists. Heavy fines must be imposed on the PA for its role in inciting and facilitating terrorism, with the money going to the victims.

This nearly happened in the United States when a jury found the PLO/Palestinian Authority responsible for terror attacks committed in Israel and awarded the victims and their families $655.5 million. Such a penalty would have made the Palestinian Authority think twice about its role in terrorism.

Unfortunately, the award was overturned by the U.S. Circuit Court of Appeals for the Second Circuit and was allowed to stand by U.S. Supreme Court in a decision last month.

Though that appeal fell on deaf ears, the Trump administration has made a bold move in draining the terror swamp. In March, the president signed into law the Taylor Force Act, which cuts American funding for the Palestinian Authority over its payments to convicted terrorists and their families.

But when it comes to incitement, Abbas and Hamas and other purveyors of terrorism have had plenty of help from social media, which has become the most effective means by which to spread messages of hate.

That’s why Stuart Force, the father of Taylor Force, after whom the American law cutting funding to the Palestinian Authority was named, sued Facebook for allowing itself to be used to “promote and carry out … terrorist activities.”

The suit was dismissed by a U.S. District Judge on the grounds that the social media giant couldn’t be held accountable for everything that appears on its platform. But Stuart Force has asked the judge to reconsider, in light of Facebook CEO Mark Zuckerberg’s recent testimony before Congress.

Zuckerberg clarified that, far from being a neutral platform, Facebook deploys both algorithms and thousands of human employees to monitor content on the site, and occasionally censors material.

“Zuckerberg’s testimony makes it clear that Facebook employs its own subjective assessment when deciding whether to censor content,” Force’s motion says. It appears that Facebook’s actual policy is to sometimes censor terrorist content and sometimes not, for reasons now known only to Facebook.”

The bottom line is that terrorism does not exist in a vacuum. It thrives on incitement and on money, two things that the Western world can, and must, act against. All it takes is one heavy fine — with the money going to terror victims — to get the social media providers to clamp down on incitement to murder.

Similarly, if the United States and Israel withhold funding from the Palestinian Authority, it, too, will get the message that terrorism doesn’t pay.