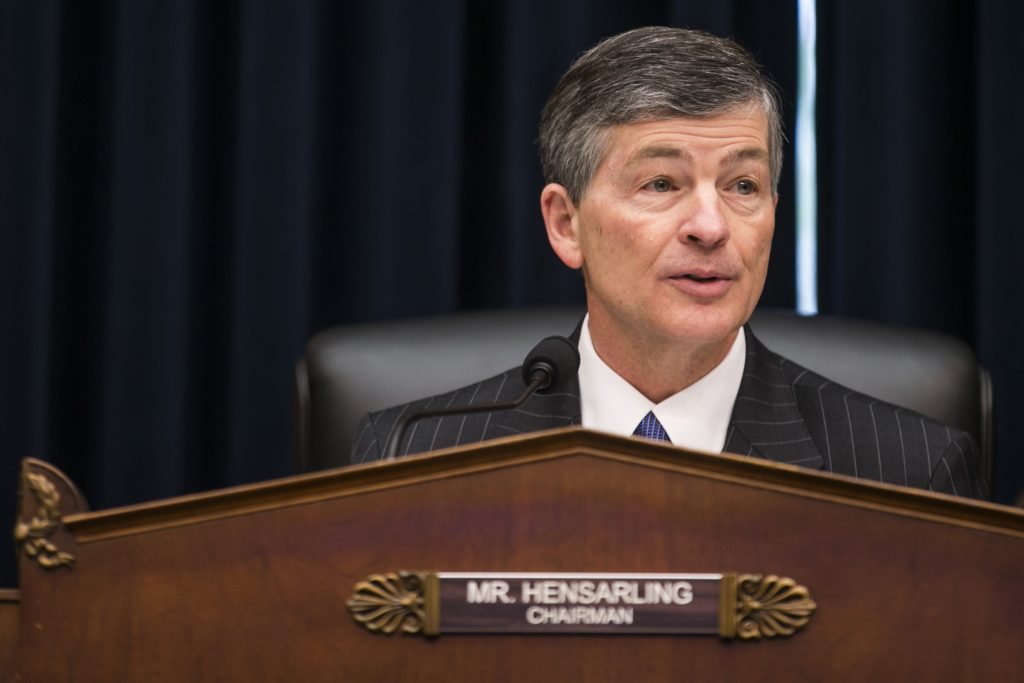 The House will take up a Senate-passed bill rolling back banking regulations and breaking an impasse that imperiled passage of the legislation that is backed by the White House, Republicans and some Democrats.

House Speaker Paul Ryan, R-Wis., told reporters Tuesday that an agreement had been reached, and that “we will be moving the Dodd-Frank bill,” along with a companion package of legislation supported by House Financial Services Committee Chairman Jeb Hensarling, R-Texas.

Hensarling had been pushing to amend the Senate version of the bill undoing or shrinking portions of the Dodd-Frank Act that was passed in the wake of the financial crisis a decade ago. But the bipartisan coalition of senators who got the bill through the Senate — over the objections of liberals like Sen. Elizabeth Warren, D-Mass. — warned that changing their delicate compromise would end up killing the bill.

In the end, Hensarling backed down, leaving the legislation a clear path to passage. It has moved through the Senate and appears to have plenty of support to pass the House. The House will now vote on the Senate’s version of the bill unchanged and send it to President Trump for his signature.

“I had a good meeting with the majority leader over break on this, and so we’ve got an agreement,” Ryan said.

To satisfy Hensarling’s demands, the House will also vote on — and almost certainly pass — a separate package of bills passed by the Financial Services Committee that makes additional changes to banking rules.

The legislation passed by the Senate in March with a rare bipartisan vote amounted to the biggest rollback of banking regulations since the financial crisis a decade ago. It left in place major provisions of Dodd-Frank, but would exempt about two dozen financial companies with assets of between $50 billion and $250 billion from the toughest banking regulations. These banks would no longer have to automatically undergo a yearly stress test to prove they could survive economic turmoil. The legislation also delivers relief to small banks from mortgage and other rules put in place after the financial crisis.

Supporters say the legislation is aimed at helping community banks and credit unions that have struggled under a regulatory yoke that has forced them to pull back from lending, and as a result has harmed consumers, particularly in rural areas. Opponents contend that the bill would inject greater risk into the financial system, possibly increasing the likelihood of a repeat of the economic crisis that convulsed the nation a decade ago and forced a taxpayer bailout of Wall Street.

The legislation’s passage in the Senate was a significant victory for the banking industry, and spoke to the lobbying power of the local banks that are a presence in every community. Since then, banking groups have been pushing Hensarling to yield and allow the House to take up the legislation unchanged, rather than amend it, which would require sending it back to the Senate — where another messy fight would await.