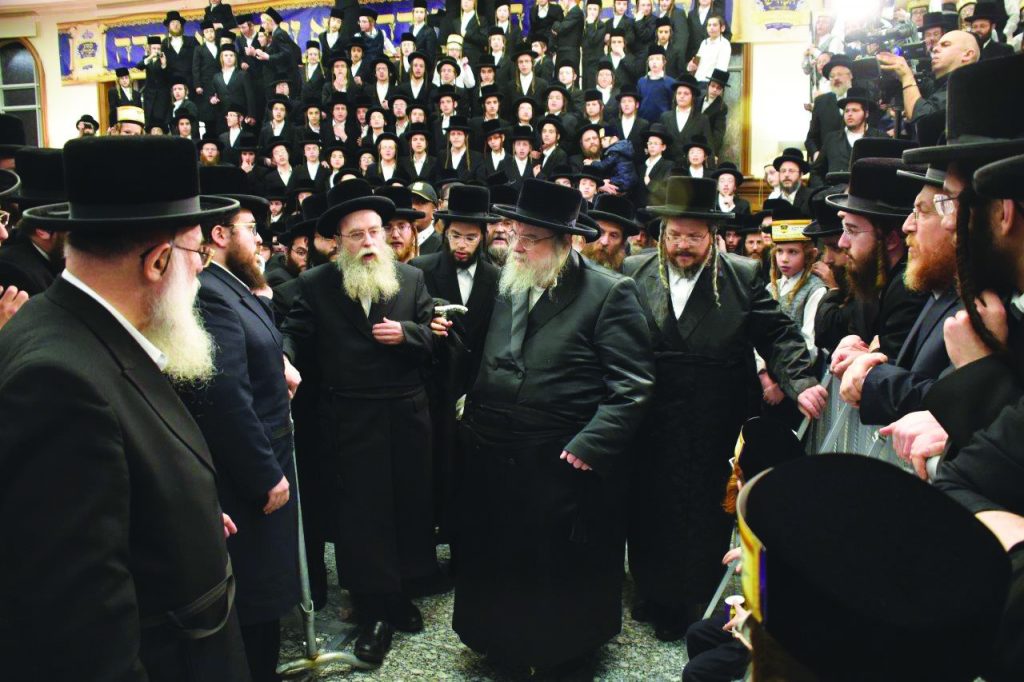 The Montreal Jewish community has spent an uplifting and inspiring week, thanks to the long-awaited visit of the Belzer Rebbe, shlita, which began Tuesday, May 1, with the Rebbe’s arrival by a chartered plane. A huge crowd of Chassidim attended the kabbalas panim in the main Belz shul on Jeanne Mance.

On Wednesday evening, the Rebbe presided over a giant hadlakah attended by thousands of Yidden from home and abroad. The Lag BaOmer tisch was held in a massive tent which had been erected in the parking lot of the Fooderie Supermarket. The tent could accommodate 6,000 people.

There was a hachnasas sefer Torah on Friday which was attended by many Rabbanim and thousands of people.

Shabbos was beautiful. Just to be in the presence of so many thousands of Yidden, all inspired by the presence of the Rebbe, was spiritually uplifting. The shalosh seudas and bagleiten events were organized methodically, and everything went smoothly. Police closed off several streets, including the main artery of Parc Avenue, to accommodate the thousands of people.

On Shabbos afternoon, community members from many Jewish neighborhoods, some as far as an hour’s walk from Outremont, walked so they could participate in the festivities. It is estimated that 10,000 people were present, an unprecedented crowd in a city like Montreal. Security was high throughout Shabbos.

On Friday night, a violent wind storm buffeted all of Montreal, which resulted in power outages and many fallen trees and branches. Police actually barred anyone from entering the tent where the tisch was to be held until the winds calmed.