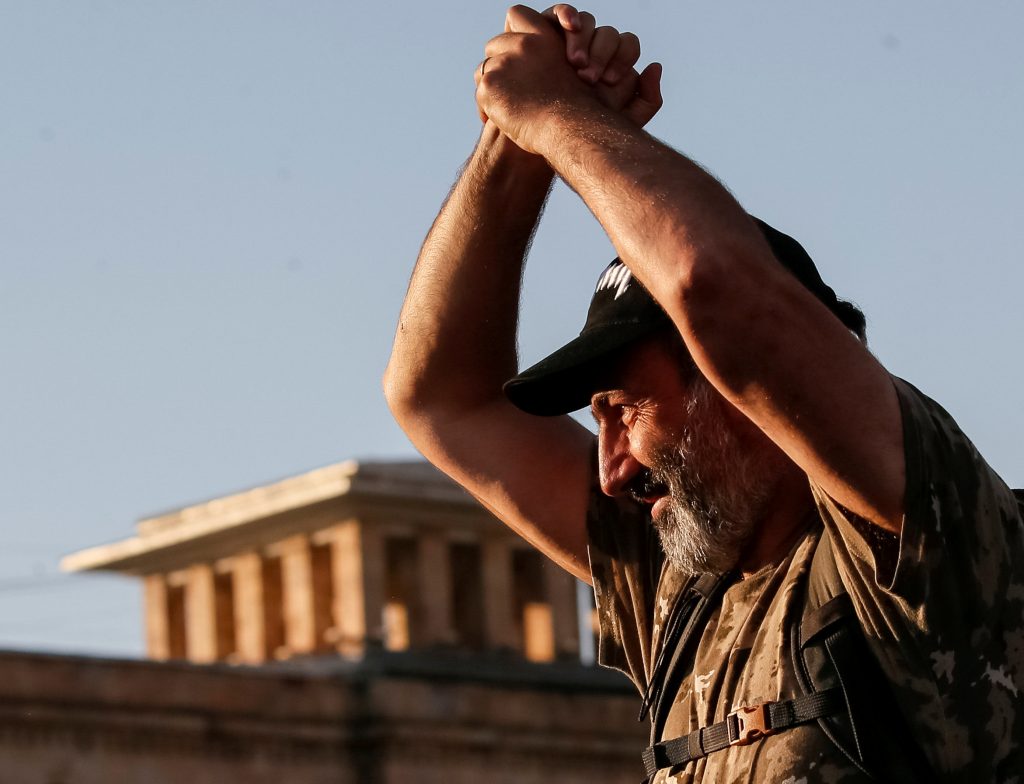 Opposition leader Nikol Pashinyan was elected as Armenia’s new prime minister on Tuesday, capping a peaceful revolution driven by weeks of mass protests against corruption and cronyism in the ex-Soviet republic.

Moscow, which has a military base in Armenia, is wary of an uncontrolled change of power which would pull the country out of its orbit, but Pashinyan has offered assurances that he will not break with the Kremlin.

The election of Pashinyan, a former newspaper editor who spent time in prison for fomenting unrest, marks a rupture with the cadre of rulers who have run Armenia since the late 1990s.

He spearheaded a protest movement that first forced veteran leader Serzh Sarksyan to step down as prime minister and then pressured the ruling party to abandon attempts to block his election as prime minister, the country’s most powerful post.

In a vote in parliament on Tuesday, 59 lawmakers backed Pashinyan’s candidacy, including some from the ruling Republican Party, with 42 voting against.

In a vote last week, the Republican Party blocked Pashinyan, but it said on Tuesday it had decided to get behind him for the sake of unity and the good of the nation.

A central square in the capital, where Pashinyan’s supporters gathered to watch the voting on huge television screens, erupted into joy when the result was shown.

The tens of thousands of people in Republic Square shouted “Nikol!” and white doves were released into the air. People hugged and kissed each other.

“I’m the happiest person in the world,” said Shogik, a 17-year-old Pashinyan supporter.

Armenia is a country of about three million people nestling in mountains between Turkey and Iran.

Pashinyan’s protest movement was sparked when Sarksyan, barred by the constitution from seeking another term as president, became prime minister instead. Many Armenians saw that as a cynical ploy by Sarskyan to extend his hold on power.

The protests led by Pashinyan, wearing his trademark camouflage T-shirt and military-style cap, channeled a sense among many Armenians that corruption and cronyism was rife in the ruling elite.