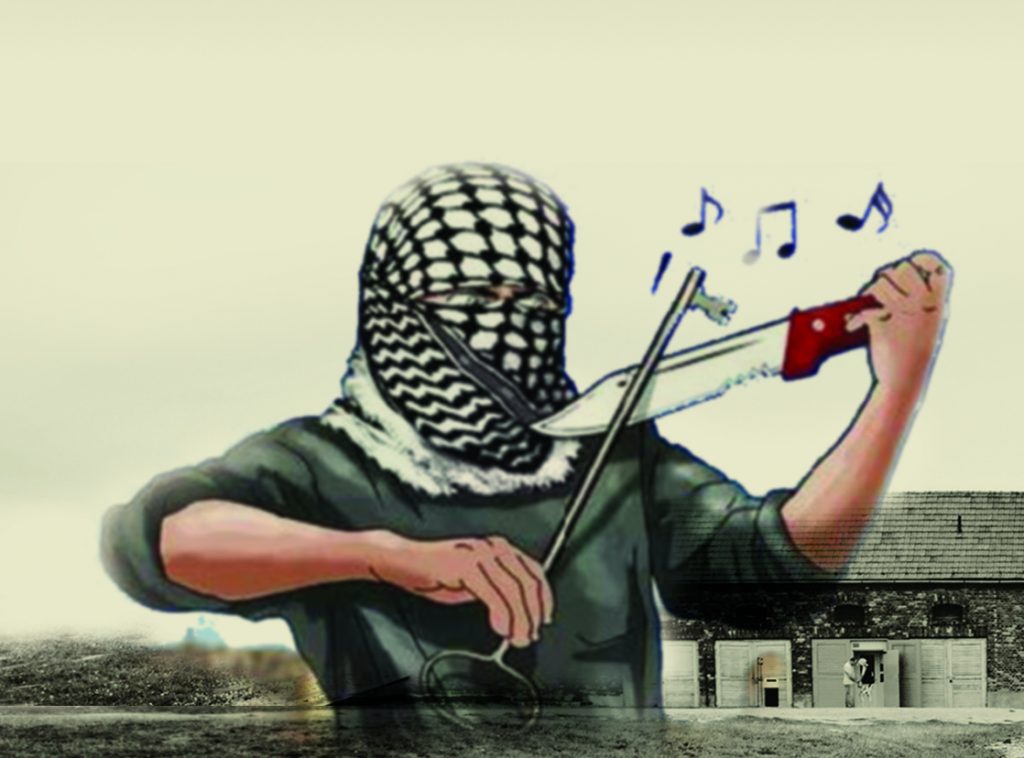 When Mahmoud Abbas, the president of the Palestinian Authority, addressed Palestine Liberation Organization parliament in Ramallah last Monday, he felt free to speak his mind. At home among his cohorts, having already wrecked his relationship with the Trump administration, he made no attempt to hide his vile anti-Semitism.

In his rambling remarks, he blamed the Jews for the Holocaust, saying that the “hatred against Jews was not because of their religion, it was because of their social profession.” He went on to expound that the cold-blooded murder of more than six million Jewish men, women, and children was due to Jews engaging in “usury” and “banking.”

The 82-year-old Palestinian leader clearly underestimated the reaction from the European Union and other longtime Palestinian supporters. He soon discovered that while it is very much in vogue to distort facts in order to bash Israel, doing so about the Holocaust is still considered unacceptable in European circles.

In language from Brussels that was strikingly blunt, the European Union’s foreign service described Abbas’ remarks as “unacceptable.”

“Anti-Semitism is not only a threat for Jews but a fundamental menace to our open and liberal societies,” the statement said. “The European Union remains committed to combat any form of anti-Semitism and any attempt to condone, justify or grossly trivialize the Holocaust.”

From London and Berlin — and, surprisingly enough, the United Nations — condemnations poured in.

Even The New York Times, that bastion of liberal journalism that never misses an opportunity to emphasize its striking pro-Palestinian and anti-Israel bias, weighed in with a strongly worded editorial titled “Let Abbas’s Vile Words Be His Last as Palestinian Leader.”

“Feeding reprehensible anti-Semitic myths and conspiracy theories in a speech on Monday, the Palestinian Authority president, Mahmoud Abbas, shed all credibility as a trustworthy partner if the Palestinians and Israelis ever again have the nerve to try negotiations,” the Times said, describing the speech as “a new low.”

“No doubt he feels embittered and besieged on all sides. But by succumbing to such dark, corrosive instincts, he showed that it is time for him to leave office,” the Times stated.

It is noteworthy that Abbas has a long history of Holocaust denial and other outrageously anti-Semitic comments. In his doctoral thesis in the 1970s, Abbas questioned the extent of the Nazi genocide against Jews during World War II.

Two years ago, in an address to the European parliament, in a claim that echoed a medieval blood libel, Abbas accused Israeli Rabbis of calling for the poisoning of Palestinian water. Under pressure, he retracted the claim two days later, acknowledging that it was baseless.

Palestinian officials — speaking, not surprisingly, under condition of anonymity — told the Associated Press that this time around Abbas was under “tremendous” pressure from numerous diplomats and foreign ministers to apologize.

On Friday, he finally caved in to the pressure.

“If people were offended by my statement in front of the PNC, especially people of the Jewish faith, I apologize to them,” his office said in a statement. (The “if” is noteworthy; apparently Abbas is unsure whether such despicable remarks were offensive to Jews or not.)

“I would like to assure everyone that it was not my intention to do so, and to reiterate my full respect for the Jewish faith, as well as other monotheistic faiths,” the statement continued. “I would also like to reiterate our long-held condemnation of the Holocaust as the most heinous crime in history, and express our sympathy [for] its victims.

“Likewise, we condemn anti- Semitism in all its forms, and confirm our commitment to the two-state solution, and to live side by side in peace and security.”

This pathetic statement, carefully scripted for foreign consumption, fell far short of a mea culpa. It may suffice to give to his supporters — and indeed, hours later, Kuwait successfully blocked the U.N. Security Council from issuing a U.S.-sponsored statement criticizing Abbas for his “vile anti-Semitic slurs and baseless conspiracy theories.” But sane, unbiased people were unlikely to be fooled.

If Abbas would truly want to express regret for his outrageous comments, he must do more than release a statement. He should take concrete action to stop the incitement in the Palestinian schools, and talk to them about respecting the Jewish faith and condemning anti- Semitism in all its forms. Instead of educating Palestinian youth to hate Israel and to commit terror and mayhem, their schools should start teaching them about the horrors of the Holocaust.

Only then can one even consider taking his “apology” seriously.