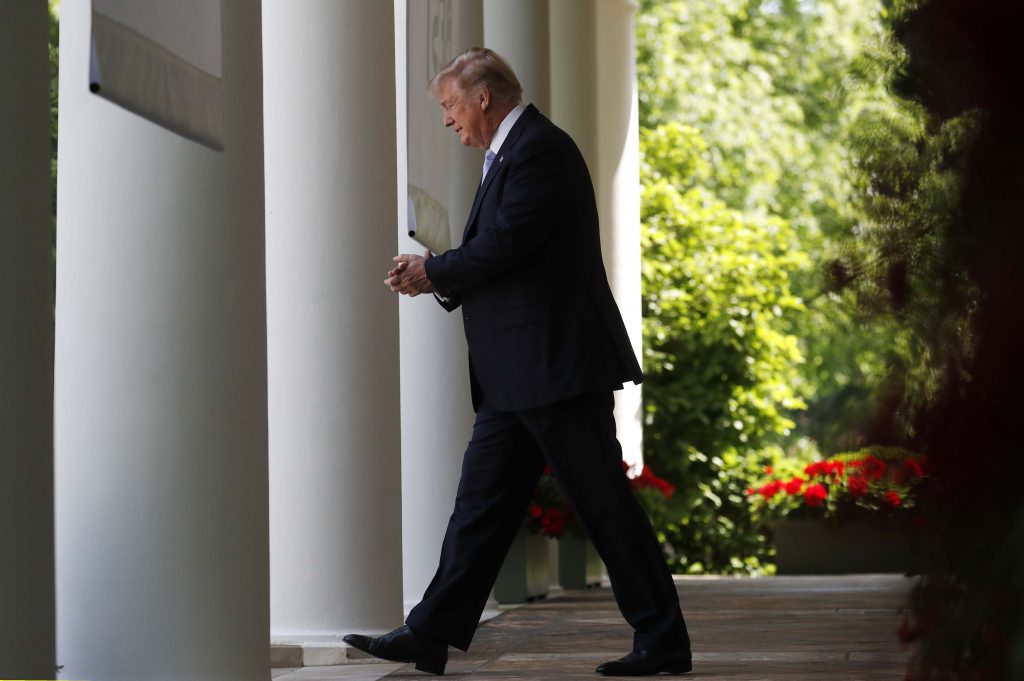 President Donald Trump said he would announce a decision on the future of the Iran nuclear deal on Tuesday, as European countries piled pressure on Washington to remain in the 2015 agreement.

Trump has threatened to withdraw from the deal, which provided Iran with relief from economic sanctions in exchange for limiting its uranium enrichment capacity, unless European signatories to the accord fix what he has called ‘its shortcomings.’

“I will be announcing my decision on the Iran Deal tomorrow from the White House at 2:00pm,” Trump said in a Twitter post on Monday.

Trump has until May 12 to decide whether to reintroduce U.S. sanctions on Iran, which would deal a heavy blow to the agreement.

Under the agreement with the United States, France, Germany, Britain, Russia and China, Iran strictly limited uranium enrichment capacity to try to show that it was not trying to develop atomic bombs. In exchange, Iran received relief from economic sanctions.

Iranian President Hassan Rouhani hinted on Monday that Iran could remain in the nuclear accord, even if the United States dropped out, but said that Tehran would fiercely resist U.S. pressure to limit its influence in the Middle East.

Britain, France and Germany remain committed to the accord and, in an effort to address U.S. complaints, want to open talks on Iran’s ballistic missile program, its nuclear activities beyond 2025 — when pivotal provisions of the deal expire — and its role in the wars in Syria and Yemen.

British Foreign Secretary Boris Johnson, in Washington for talks this week, said that the deal had weaknesses, but these could be remedied.

“At this moment, Britain is working alongside the Trump administration and our French and German allies to ensure that they are,” he said in a commentary in the New York Times.