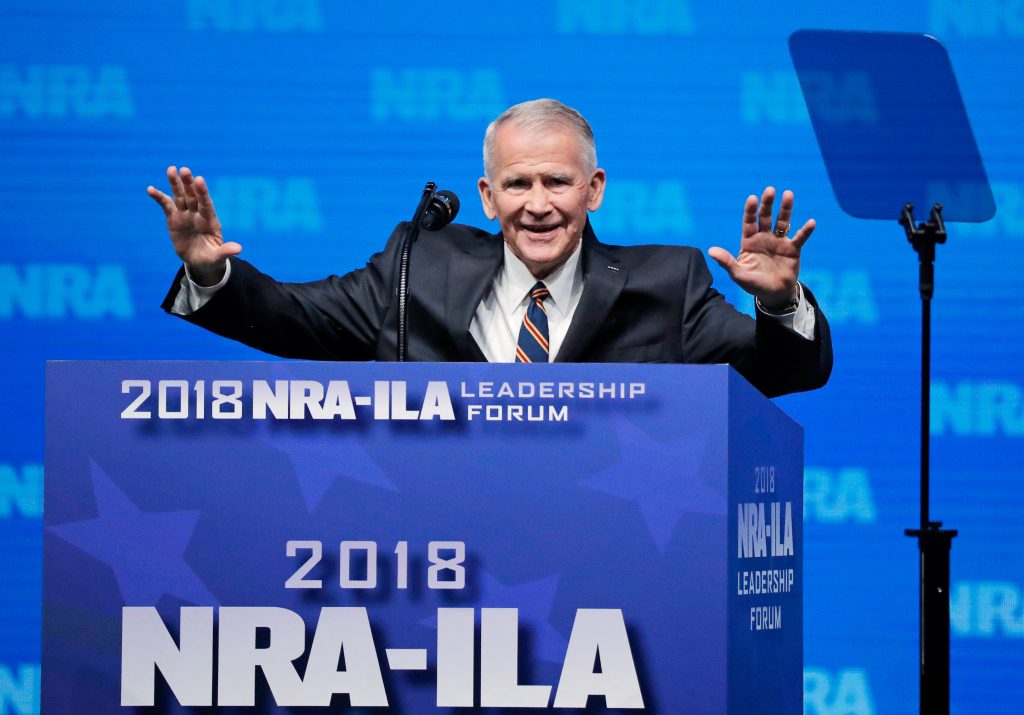 The National Rifle Association on Monday named as its next president retired U.S. Marine Colonel Oliver North, a conservative commentator best known for his central role in the 1980s Iran-Contra Affair.

The group named North following its weekend annual meeting in Dallas, where President Donald Trump vowed not to tighten U.S. firearms laws despite suggesting earlier this year that he would take on the NRA in the wake of a mass shooting at a Florida school.

“Oliver North is a legendary warrior for American freedom, a gifted communicator and skilled leader,” NRA Chief Executive Wayne LaPierre said in a statement. “In these times, I can think of no one better suited to serve as our president.”

North, 74, who already serves on the NRA’s board of directors, was a pivotal figure in the Iran-contra affair involving secret sales of arms to Iran by Republican President Ronald Reagan’s administration and the unlawful diversion of the proceeds to Nicaraguan rebels.

North, who was a White House National Security Council aide, set up a weapons pipeline to the rebels even though Congress had forbidden military aid to them. North was convicted of three felonies in 1989, but his convictions were overturned on appeal in 1990 because witnesses in his trial may have been influenced by congressional testimony he had previously given under a grant of immunity from prosecution.

He is stepping down from his commentary role at Fox News, the NRA said in its statement.

The NRA said its current president, Pete Brownell, planned not to seek a second term. Brownell serves as CEO of Brownells Inc, a maker of firearm parts, accessories and ammunition.

The February massacre of 17 teens and educators at Marjory Stoneman Douglas High School in Parkland, Florida, had seemed to mark a turning point in America’s long-running gun debate, sparking a youth-led movement for tighter gun controls.

Trump said in the days following the massacre that politicians have to disagree with the NRA “every once in a while.”

But since then, no major new federal gun controls have been imposed, although the Trump administration is pursuing a proposed regulatory ban on “bump stocks,” which enable a semi-automatic rifle to fire a steady stream of bullets. The devices were used in an October 2017 mass shooting in Las Vegas that killed 58 people.

North, long a hero to some on the political right, lost as a Republican candidate for the U.S. Senate from Virginia in 1994 after former first lady Nancy Reagan publicly said that North had a “great deal of trouble separating fact from fantasy” and “lied to my husband and lied about my husband.”