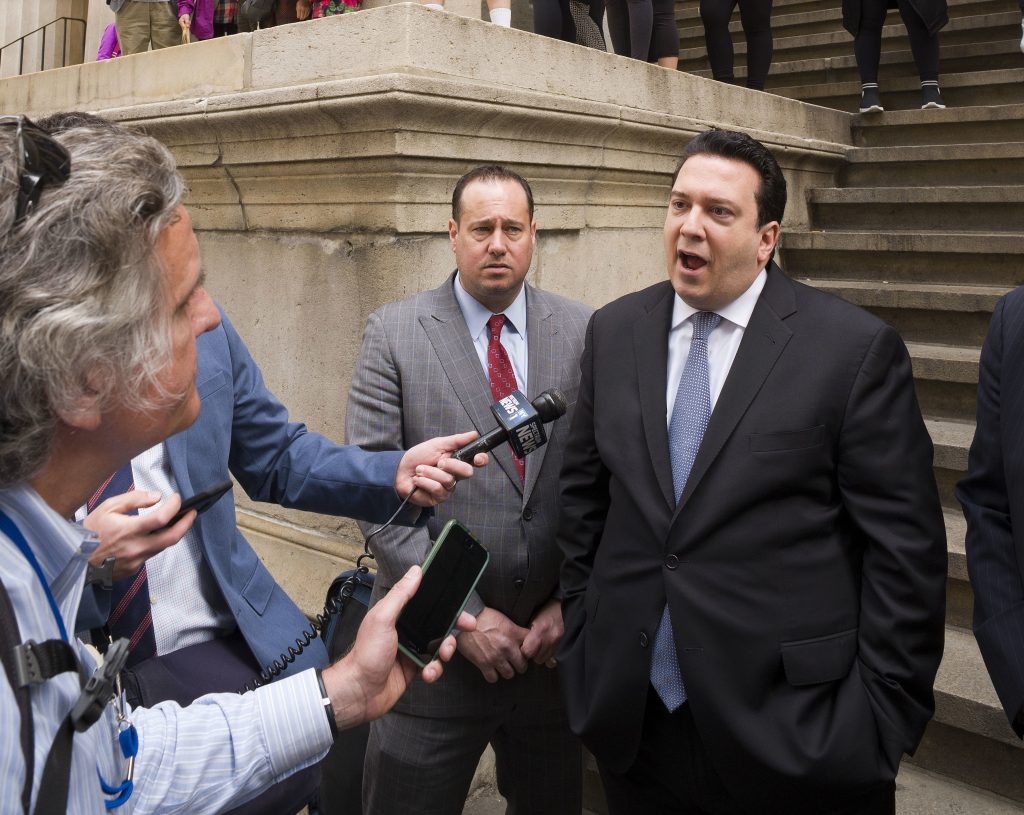 A Manhattan attorney specializing in Wall Street compliance and regulation launched his campaign Monday for New York state attorney general as a Republican and Conservative candidate.

Manny Alicandro officially announced his bid during appearances outside Federal Hall and in Albany at the state Capitol, where two-term incumbent Democrat Eric Schneiderman has an office.

Alicandro says he’s spent 27 years working in the financial services industry. He currently has his own practice.

The 49-year-old Brooklyn native said Schneiderman has been “totally invisible” on corruption in Albany. He criticized Schneiderman for focusing more on Democratic politics by filing more than 100 lawsuits against the Trump administration than on cleaning up state government.

“I think people are fed up with the status quo of [Gov. Andrew] Cuomo just running roughshod and Schneiderman just rubber-stamping everything,” Alicandro said.

State Conservative Party chairman Michael Long said in a statement he believes Alicandro can win the race this fall.

“Manny is not a career politician,” Long said. “I think people are tired of all the photo ops and people looking to better their position. I think Mr. Schneiderman is looking to be the governor of the state.”