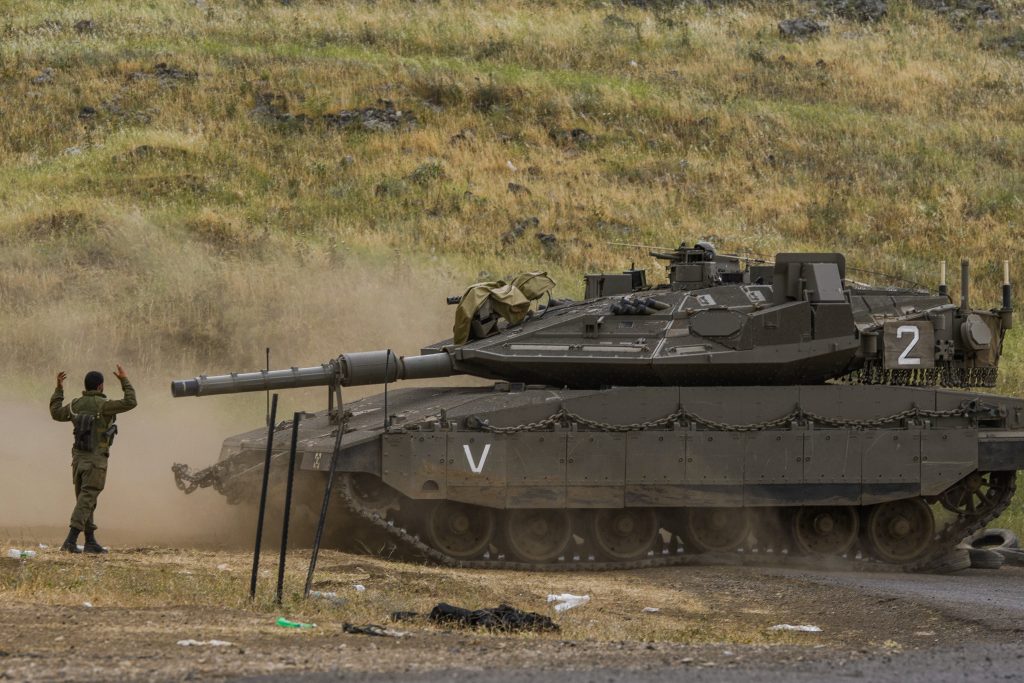 After officials downplayed the threat of an Iranian missile attack from Syria earlier in the day, it was reported on Monday night that the IDF is readying for a possible ground operation into northern Israel.

Iran, which has vowed to take revenge for alleged Israeli airstrikes on its facilities in Syria, was now thought to be considering sending operatives to infiltrate Israeli army bases or towns in the north, according to Hadashot.

Accordingly, the Israeli military is on high alert for an attack by air or on the ground or both.

In an apparent warning to Iran, the report quotes officials saying such an attack could precipitate a harsh Israeli response.

Meanwhile, residents of the north were being advised by the authorities to continue with their daily routines and remain calm despite the daily talk of an Iranian attack.

“The army has asked us to send a message of calm,” he said. “Our residents are curious, and they listen to media reports, and some of them also call and ask why we have not opened the bomb shelters or made plans to evacuate them. We give responsible answers, mainly to calm them down. We tell them that municipal officials are in direct contact with the army.”

He also said that the city had installed air conditioners in the bomb shelters and that the shelters were in good condition. “We are trained, we have run simulations, and the operations center is ready,” he said.

On Monday, Rambam Medical Center in Haifa opened a reinforced command center for the hospital management in the event of a missile attack. They were also prepared to transfer patients to a 2,000-bed fortified underground emergency hospital if necessary.

Haifa mayor Yona Yahav said his city was preparing for a wartime scenario.

“We are prepared 365 days a year for a crazy person to do something irresponsible like launch missiles at Haifa,” he said, according to the Walla news site.

He too urged residents to carry on with their normal routines, offering assurances that city officials were monitoring the situation and all municipal bomb shelters were well maintained.