Why Are We Getting More and More Robocalls Every Month? 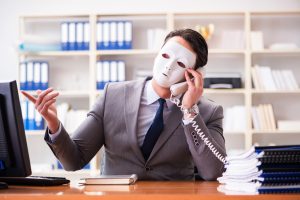 “Don’t hang up. Our records indicate you may qualify for a reduction or even forgiveness of your student-loan debt.”

“You have been pre-selected to receive a cellular home security system absolutely free.”

“This is your final courtesy call before we are unable to lower your credit card interest rate.”

You’re not imagining things: The number of annoying robocalls to our mobile and landline phones are increasing month by month.

Armed with sophisticated but easy-to-use tools, robocallers made a record 3.36 billion of the annoying, automated sales, debt collection and scam pitches to United States consumers in April — a 6.5 percent increase over the previous record in March, and nearly a 34 percent hike over April 2017, according to a monthly index of the 50 most-robocalled cities in America by YouMail, a robocall blocking service.

Sensitive to growing anger from consumers, lawmakers are searching for ways to tamp down the problem. New restrictions take effect July 1 in Florida. The U.S. Senate is calling upon the major phone service carriers to get more proactive. And last month, a Senate committee subpoenaed Miami’s accused “robocall king” — who is facing a $120 million fine for allegedly making nearly 100 million robocalls in 2016 — to explain why robocalling continues to grow in such large numbers.

Internet dialing via easy-to-obtain software is driving the increase in robocalls, U.S. Sen. John Thune (R-S.D.) told the Senate Committee on Commerce, Science and Transportation in an April 18 hearing.

The high-volume calling software, which makes phone calls over the internet rather than traditional copper-wire exchanges, has made it easy for rogue operators to route calls through overseas servers, skirting laws intended to protect consumers from robocallers, Thune said.

“These new technologies have also made it easier for scammers to hide from law enforcement and seek to gain their victims’ trust by displaying fake caller ID information,” Thune said.

By generating phony caller ID numbers with the same area codes as the destination numbers, the software tricks respondents into thinking they are being dialed from a local business.

“The simple fact is the Do Not Call’ list is totally ineffectual against them,” said Sen. Richard Blumenthal (D-Conn.).

The hearing featured testimony from Adrian Abramovich, the Miami entrepreneur accused of making 96 million spoofed robocalls — in violation of federal law — over three months in late 2016 to sell “exclusive” vacation deals. According to a complaint by the Federal Communications Commission, Abramovich deliberately falsified caller IDs to make targets think the calls were local, then programmed the recorded voices to convince targets they were calling from well-known companies such as Marriott, Hilton, Expedia and TripAdvisor.

Facing $120 million in fines, Abramovich invoked his Fifth Amendment protection against self-incrimination at the hearing and denied all of the charges against him. But speaking “generally,” he said robocalling software able to “make thousands of automated phone calls with the click of a button” is easily downloadable. Also advertised online are companies offering long-distance carrier services that can handle “millions upon millions of calls,” he said.

“Clearly, regulation needs to address the carriers and providers and require the major carriers to detect robocalls activity,” Abramovich said before declining to answer questions from senators about his case.

At the hearing, Margot Saunders, senior counsel for the National Consumer Law Center, pointed out that contrary to popular belief, scams are just a fraction of robocalls, and that most come from legitimate companies.

“As can be surmised from the huge number of debt-collection robocalls made in the U.S., one-third of all American consumers have accounts in collection,” she told the committee.

She noted that ACA International — a trade group representing collection agencies, creditors, debt buyers, collection attorneys and debt collection industry service providers — has been a primary driver of efforts before the FCC to roll back consumer protections in the Telephone Consumer Protection Act.

Despite the seeming failure of regulators to bring robocalling under control, states and the federal government keep trying to rein in abuses. In the wake of numerous tweaks and updates to the Telephone Consumer Protection Act of 1991, Blumenthal last month introduced a bill he called “the Robocop bill,” which would require phone carriers to offer effective tools to combat abusive robocalls at no additional cost to consumers, while continuing to allow recorded calls from legitimate emergency services.

Here are some steps you can take to try to block unwanted robocalls and telemarketing calls:

— Sign up your landline and mobile phone on the National Do Not Call Registry at donotcall.gov. Yes, Sen. Blumenthal called it ineffectual against telemarketers that ignore state and federal laws, but many legitimate companies try to operate within the law, and using the Do Not Call Registry should reduce the number of unwanted calls.

— Install call-blocking apps. The National Consumer Law Center suggests call-blocking apps YouMail and Nomorobo, which provide free or low-cost services to filter out identified robocallers and enable smartphone users to block specific numbers and report the calls. But they don’t work on landlines and, for reasons detailed in the next tip, might not be as effective on iPhones. Yet the iPhone app store offers numerous highly rated apps, including RoboKiller and Mr. Number.

— Trade your iPhone in for an Android phone. A deal-breaker for iPhone lovers, for sure, but YouMail, maker of a free robocall-blocking phone app, recently reported that iPhones receive 29 percent more robocalls than Android phones. The reasons have to do with differences in the ways the phones’ operating systems process “blacklists” of numbers that shouldn’t connect and “whitelists” of approved numbers when call-blocking software is installed.

— Revoke consent. “If you are receiving robocalls from a bank, lender or other company you do business with, they likely have your consent hidden in the fine print,” according to the National Consumer Law Center. “While they like having that option, it isn’t their right and you can revoke your consent at any time.” The center advises consumers to contact customer service and add your number to their “do not call” list.

— Don’t engage with the caller. If prompted by a robocaller to press a key or give a voice command, don’t. Even if the recording tells you pressing a key will put you on a “do not call” list, it actually lets the caller know your number is active and you will likely answer future calls. Some fraud fighters say speaking the word “yes” in response to prompts can give fraudsters the ability to fake your consent for future goods and services.

— Don’t answer unknown numbers. The law center says this should be a last resort, because unknown numbers can be important calls. Most legitimate callers, however, will leave messages if you don’t answer.