World Rouhani: Plans in Place for Any Trump Decision on Nuclear Deal
World 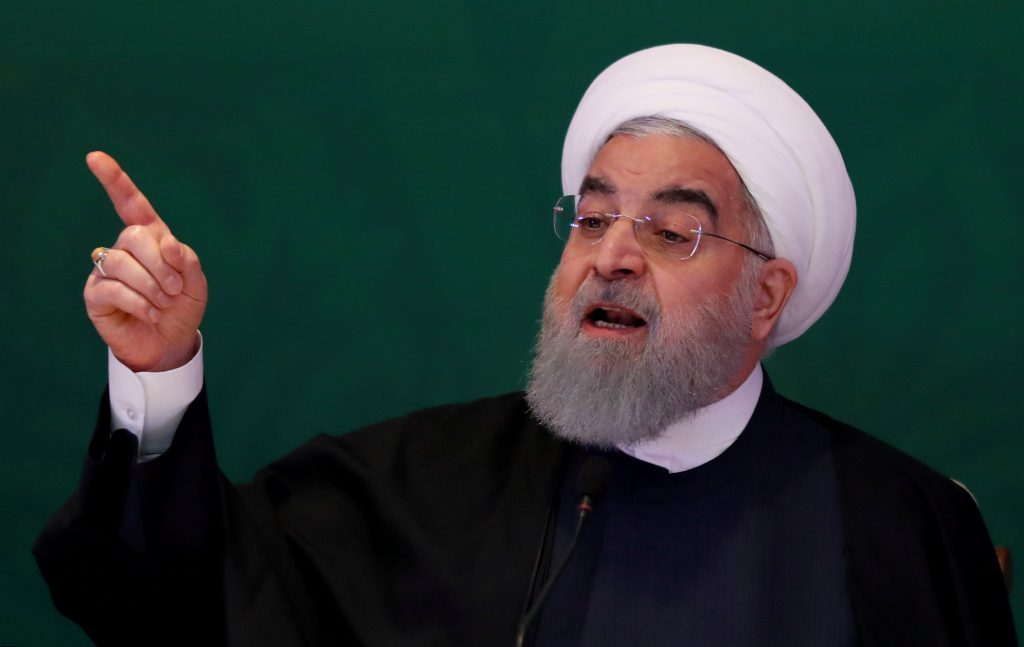 Iranian President Hassan Rouhani said on Sunday Iran had plans to respond to any move by President Donald Trump on the 2015 nuclear agreement and the United States would regret a decision to exit the accord.

Trump says that unless European allies rectify “flaws” in Tehran’s deal with world powers by May 12 he will refuse to extend U.S. sanctions relief for Iran.

“We have plans to resist any decision by Trump on the nuclear accord,” Rouhani said in a speech carried live by state media.

“Orders have been issued to our atomic energy organisation … and to the economic sector to confront America’s plots against our country,” Rouhani told a rally in northeast Iran.

“America is making a mistake if it leaves the nuclear accord,” Rouhani said.

Britain, France and Germany remain committed to the nuclear accord but, in an effort to keep Washington in it, want to open talks on Iran’s ballistic missile program, its nuclear activities beyond 2025 – when key provisions of the deal expire – and its wars in Syria and Yemen.

“We will not negotiate with anyone about our weapons and defences, and we will make and store as many weapons, facilities and missiles as we need,” Rouhani said, reiterating a rejection by Iranian leaders of talks on Iran’s missile program which Tehran says is defensive.

“You (U.S.) should know that you cannot threaten this great nation because our people withstood eight year of … defense (in the war with Iraq),” Rouhani said in another speech during his visit to Razavi Khorasan province.

“We want to preserve our peaceful nuclear technology for electricity, medicine, agriculture and health … and we do not seek to threaten the world or the region,” Rouhani said.

In a magazine interview, French President Emmanuel Macron warned a decision by Trump to withdraw could lead to war.

“We would open the Pandora’s box. There could be war,” Macron told German weekly magazine Der Spiegel, adding “I don’t think that Donald Trump wants war.” Macron urged Trump not to withdraw when he met him in Washington late last month.

Trump has not told Israel whether he will change or scrap the deal, a senior Israeli intelligence official said on Sunday. Prime Minister Binyamin Netanyahu opposes the deal, which he says only halts Iran’s nuclear capability temporarily.

The official said Trump shared Israel’s skepticism about the deal and voiced hope for new U.S. sanctions, noting the effect of past measures against Iran’s banking and oil sector.