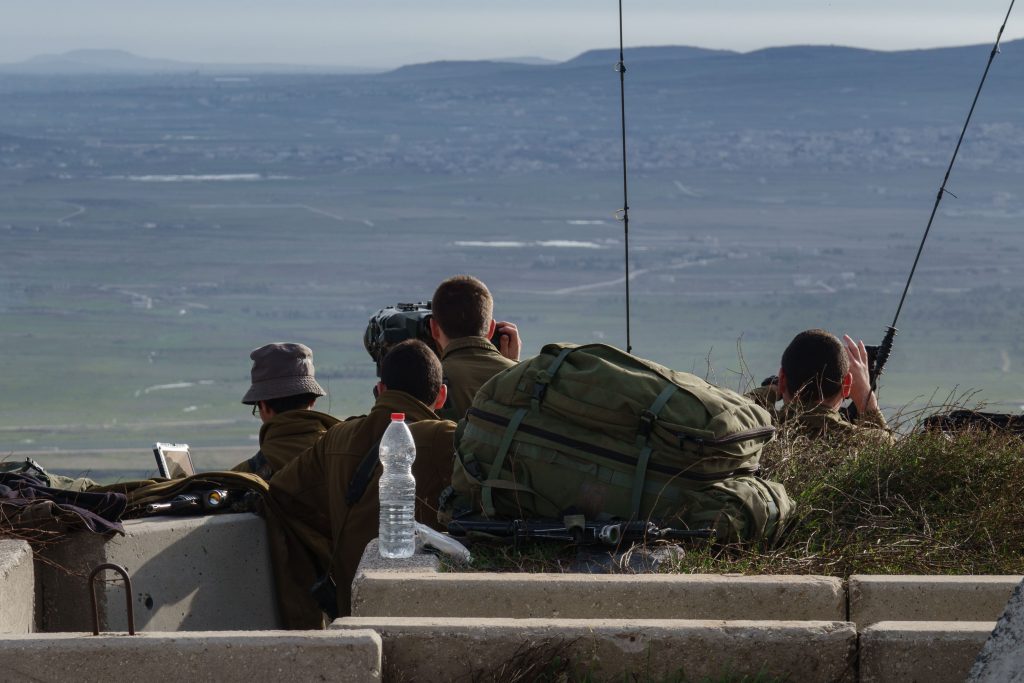 The Israeli defense establishment is bracing for a missile barrage from locations in Syria, Iranian retaliation for recent IDF air strikes on their bases in the country, according to media reports on Sunday night.

Iran will use Shiite militia and Hezbollah operatives deployed in Syria to carry out the operation, according to Channel 2 News.

However, defense sources were also quoted as saying that the IDF believes that the attack will be launched directly by the Iran Revolutionary Guard Corps (IRGC), and not by proxies.

The attack would be revenge for last month’s strike on the T-4 base in Syria, which was allegedly carried out by Israel. The base had been used by the Iranians to launch a drone that penetrated Israeli airspace in February.

Israeli officials think that if such an attack comes it will be aimed at military rather than civilian targets, since a strike against a population center could touch off a major conflict, which Iran does not want.

“If they succeed in hitting a base in the north with missiles,” the IDF is threatening to retaliate against all Iranian targets in Syria, Channel 10 said.

Northern Israel is the likely target area, but the timing of the attack is apparently not known and no special precautions have been issued to residents in the region.

Prime Minister Binyamin Netanyahu intends to brief Russian President Vladimir Putin in their Wednesday meeting in Moscow, in hopes of persuading him to intervene with the Iranians to cancel the attack, according to the reports.

The security cabinet was convened to discuss tensions in the north and the Iranian nuclear accord on Sunday, in a meeting that reportedly lasted about four hours.