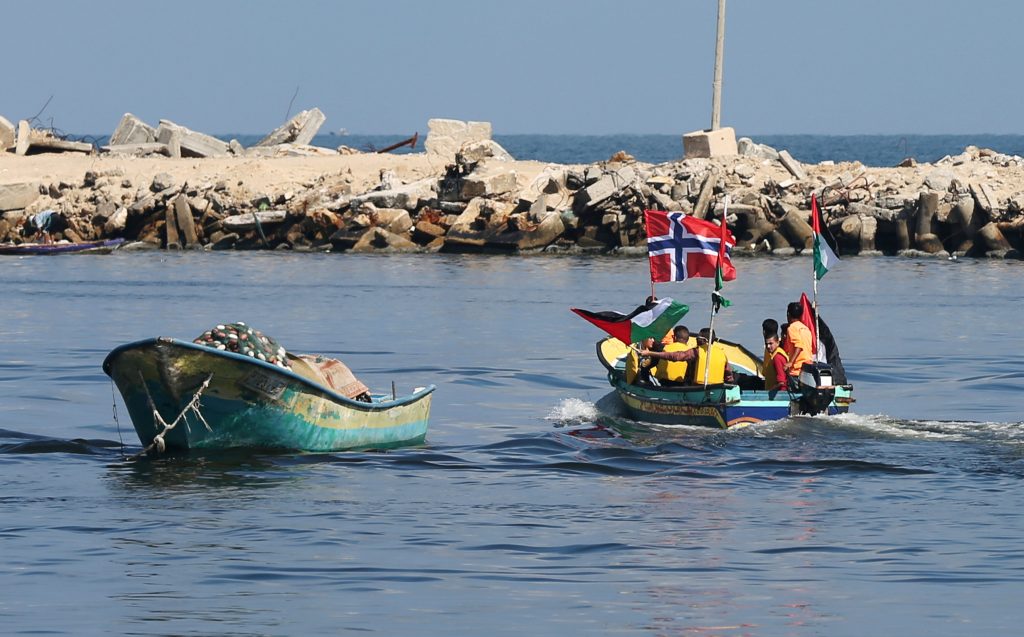 Setting sail in support for Hamas’s “Great March” through the Gaza border fence on May 15th – called “Nakba Day” by the terror group – European supporters of the Hamas terror group have organized a new flotilla, which will bring dozens of activists to support the rioting that Hamas has been instigating on the Gaza border fence. The flotilla will bring activists from Norway, Sweden and Germany, and consists of four ships – with the lead ship flying the Norwegian flag.

Activists have for months been raising money to refurbish the ships, which they said were in need of extensive repairs. Those repairs have apparently been undertaken, and the ships are ready for their voyage. According to organizers, the ships will set sail on May 15th, in a ceremony that will mark the riot Hamas promises that day, with rioters set to attempt to break through the Gaza border fence.

The voyage is being sponsored by a Swedish group called the Ship to Gaza Foundation, and the flotilla itself is named “Armada for Gaza,” which organizers said in a press release was designed to break Israel’s blockade. “The small ships of our armada will travel through waterways in France and our big ships will get to Gaza via the ocean.”

Israel’s policy has been to deny entry to ships of these flotillas to Gaza territorial waters. Israel sees the dispatching of these flotillas a provocation. Organizers of flotillas who claim that they are carrying humanitarian aid for Gazans are welcome to drop off their cargo at the Ashdod port, where it will be inspected by security officials and transferred to Gaza, the IDF said. Since the 2010 flotilla, in which 11 Hamas supporters were killed when they attacked IDF soldiers aboard the Mavi Marmara, there have been at least three attempts to break the Israeli blockade of Gaza via flotilla ships. All were turned away without incident.