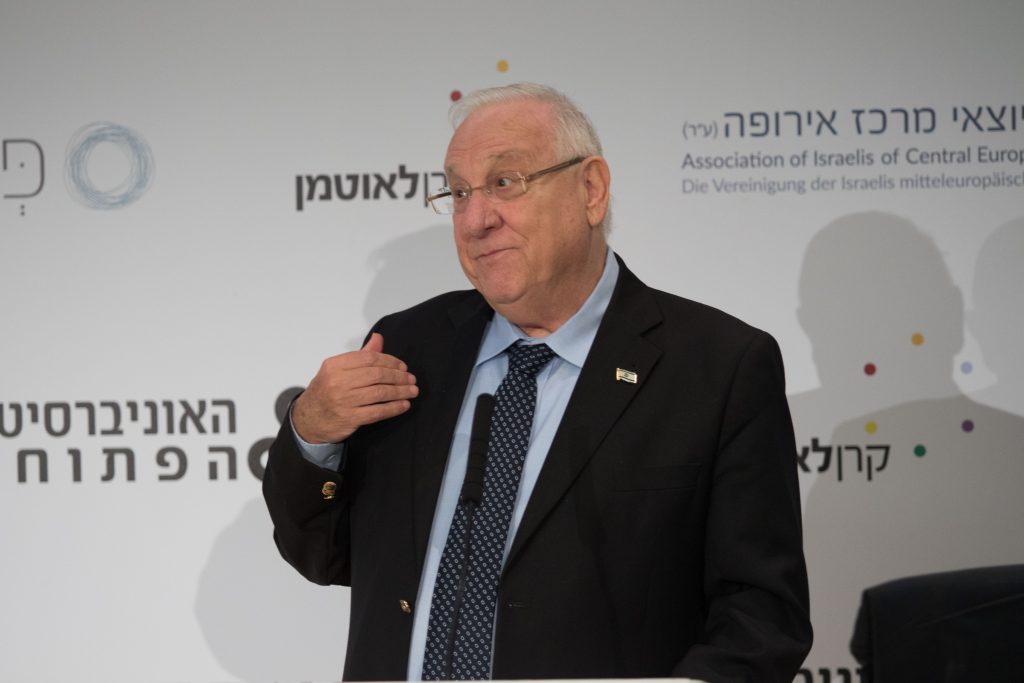 President Reuven Rivlin visited Ethiopia as part of a delegation of Israeli business officials – the biggest ever to that country – in order to grow business deals between the two countries. Rivlin is accompanying dozens of business leaders, heads of companies and government officials. The delegation is being led by Shraga Brosh, head of the Israel Industrialists Association.

The Israeli delegation signed several cooperation agreements in the areas of health, education, power and energy, according to the Israeli and Ethiopian governments. Speaking at the event, Rivlin said that both Israel and Ethiopia were “aspiring to see a joint future to ensuring common concerns such as food security, public health, infrastructure and energy.” According to Dr. Hirut Mariam, Ethiopian Minister for Social and Labor Affairs, Ethiopia has much to learn from Israel, particularly in areas of innovation, technology, medical science, water security, community development and others.

According to Brosh, “our purpose is to increase business engagement between our two countries by hundreds of percent, based on the precise needs of Ethiopia that correspond with the advanced technologies that Israel can supply.” According to Brosh, that vision was coming to fruition, as agricultural exports in recent years have climbed by hundreds of percent. In 2017 alone, exports of machinery and other equipment by Israel to Ethiopia grew by 162 percent. With that, total trade between the two countries was just $93 million last year, and there is “great room for improvement,” said Brosh.

The lion’s share of Israeli exports to Ethiopia is agricultural. Israeli imports from Ethiopia amounted to $69 million, 4 percent more than in 2016. The country, one of the poorest in the world, has 105 million residents, with a per capita income of $1,700 a year.