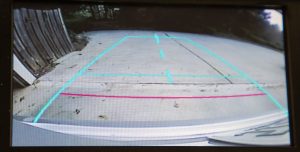 As thousands of passenger vehicles roll off the assembly line this week destined for the U.S. market, each of them will be equipped with backup cameras — the result of a long-awaited federal rule that went into effect Tuesday.

The technology, which has already become standard in many vehicles, is expected to further reduce the number of injuries and fatalities caused by so-called backover crashes.

An estimated 210 people die and 15,000 are injured each year because of backover crashes, federal data show. Children younger than 5 account for 31 percent of backover deaths each year, and adults 70 and older account for 26 percent.

“This technology helps drivers see behind the vehicle, which … will help save lives and prevent injuries,” Heidi King, National Highway Traffic Safety Administration deputy administrator, said in a statement this week.

However, safety advocates had at best mixed feelings over the mandate, arguing that the rule was years in the making and the auto industry should be required to do more to protect drivers and their families.

“It took a long time, and sadly, along that journey, we had more families joining us in our fight because they had lost their children while knowing there is this preventable technology,” said Cathy Chase, president of Advocates for Highway and Auto Safety, which helped lead the campaign for the change. “It’s heartbreaking.”

Under the rule, all cars, buses and trucks under 10,000 pounds manufactured or made to sell in the United States are required to have rearview video systems as standard equipment. The field of view must include a 10-foot by 20-foot zone directly behind the vehicle.

In response to the federal requirement, Ford standardized rearview cameras for all cars and trucks under 10,000 pounds in November. Nissan and Toyota both are in compliance with the rule as well.

Automakers started rolling out the rearview technology in the early 2000s, but it was largely only available in more expensive models and trim levels.

Since that time, it has become increasingly more common and advanced, with some manufacturers offering a birds-eye view outside the vehicle.

However, Chase noted that many families couldn’t previously afford the trim levels of vehicles that came with backup cameras.

The federal regulation addresses that disparity.

“It is a tremendous safety victory,” Chase said. “It means that a family will not lose their little baby because this camera alerted them that the baby ran behind the car. How can you put a price tag on that? It’s just comforting to know when people are going to buy cars now that they have this safety feature, and they don’t have to shell out an additional $2,000 to $4,000.”

An organized campaign to require the technology was partially inspired by a 2-year-old boy, Cameron Gulbransen, who died in 2002 after his father, a pediatrician, accidentally backed over him in the driveway because he was unable to see the toddler in the blind zone behind his vehicle.

Janette Fennell, president and founder of the child safety organization Kids and Cars, said her organization had been trying to raise awareness about the need for backup cameras after watching the numbers of children dying from backover accidents increase since the late 1990s.

She was at the American Academy of Pediatrics, about to present on the topic in 2002, when her staff member called her and told her about Cameron’s death. She told the room full of pediatricians about how a backover accident could happen to anyone, even a pediatrician.

Fennell later met Cameron’s father, Greg, and they worked with other advocates and federal lawmakers to pass the legislation.

In 2008, the Cameron Gulbransen Kids Transportation Safety Act was enacted by Congress. It required that federal transportation officials write a regulation addressing vehicle rear visibility, among other mandates. Regulators and automakers later agreed that cameras would be the best solution.

However, that effort floundered, until finally, in 2014, facing a lawsuit from safety advocates, transportation officials announced that backup cameras would be required in all passenger vehicles starting this week. Automakers were given four years to phase in the technology.

“Obviously, some of the automakers started to phase them in before, but I would have preferred to have seen such an obvious safety enhancement be required much sooner after that rule making,” said John Simpson, a consumer advocate for Consumer Watchdog.

Safety advocates are not entirely satisfied with the new rule.

Ideally, Fennell said, federal regulators would have required not only backup cameras but also emergency braking and alert systems that automatically stop a vehicle when sensors detect objects or people in a rear blind spot.

Research has shown that those three features would help significantly, compared with just having a backup camera. Rearview cameras can be expected to prevent nearly 1 in 6 police-reported backing crashes, according to an Insurance Institute for Highway Safety study.

The 2016 study compared rates of backing crashes for vehicles equipped with rearview cameras from four automakers with crash rates for the same models without the feature. On average, the cameras cut such crashes by 16 percent.

The cameras had the biggest benefit for drivers 70 and older. Their backing crash rate fell 40 percent with cameras, compared with 15 percent for drivers younger than 70.

However, a 2018 study from the institute found that a rear automatic braking system bundled with rear parking sensors and a rearview camera can reduce backing crash-involvement rates by more than 75 percent.

“Collision avoidance technology — technology that steps in when a driver might not respond appropriately — tends to be more effective than systems that depend on drivers to make the correct response,” said the study’s author, Jessica Cicchino, the vice president of research at the institute. “On the camera, it’s all on the driver. It’s giving you more information about what’s behind you, but you still have to respond properly.”

There are more safety mandates on the way. In 2016, federal regulators and the auto industry reached an agreement that automatic emergency-braking systems will become standard in all cars and light trucks by 2022.

Such systems rely on forward sensors that can automatically apply brakes if a driver does not stop for a slowed or halted vehicle or any other visible obstruction.

However, safety advocates note that this agreement is voluntary and only applies to obstructions in front of vehicles, not behind.