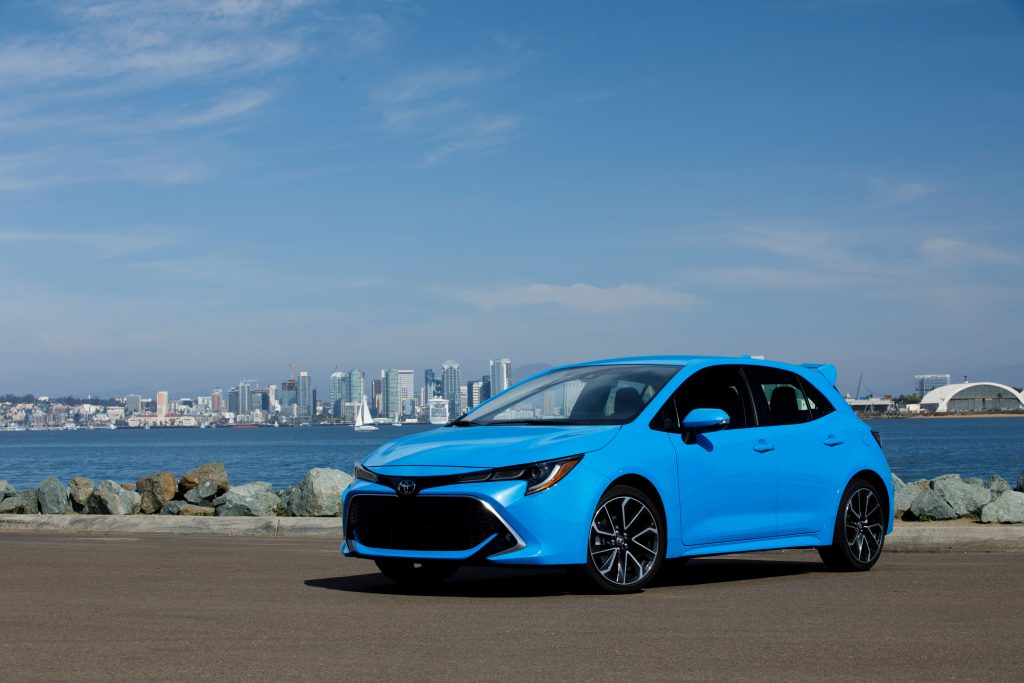 Unlike automotive journalists, most people only really care about cars that last a decade without muss, fuss or bother. To them, a car is little more than a major household appliance with four tires — one that consumes vast amounts of money. So the best car is one that economically delivers an exceptionally unexceptional experience.

This is how Toyota has sold more than 44 million Toyota Corollas since 1966.

Yet emotionally, no one rewards you for having the best automotive appliance. No child ever turns to their parents and says, “Why don’t you buy the boring, sensible car?” And no car-magazine editor applauds a vehicle that provides the emotional fulfillment of a dishwasher.

Increasingly, this notion of emotional satisfaction has gotten under the skin of Toyota executives, who seem committed to injecting their automotive appliances with a vitality that goes beyond dependability. Exhibit A: the redesigned 2018 Camry.

Which brings us to the 2019 Toyota Corolla Hatchback. It replaces the Corolla iM, previously known in the United States as the Scion iM and inexplicably called the Auris in Europe. That’s a whole lot of bother for a vehicle that, until now, has been impressively mundane.

But the 2019 Corolla Hatchback’s looks promise more than Toyota’s usual sensible shuttle. Its face, developed from the current Corolla, looks like an evil smile, and is accented by LED headlamps that wrap into the front fenders. Out back, there are LED taillights, and chrome exhaust tips, a fitting embellishment for this all-new ride that has a pugnacious presence its predecessor never did.

That styling attitude continues inside, where Toyota has creating an inexpensive interior that’s eloquent in its simplicity, yet never feels cheap or sparse. Materials impart a premium feel, and other choices just seem smart. For instance, rather than using fake metal, wood or carbon fiber trim, designers employ a simple topstitch across interior panels to break up the masses of color. The instrument panel, itself a visual symphony of gloss and matte finishes, is anchored by a high-resolution 8-inch multimedia touchscreen that resides just above the simple row of climate controls. Beneath that is open space; the center console and instrument panel don’t physically connect. This lends a feeling of spaciousness, and gives the different elements a sculptural feel. Overall, the interior is not just captivating; it’s one of the best on the market. That’s quite a feat in this segment.

The ambience is enhanced by the Corolla Hatchback’s cozy interior, which seems cozier than its competition. The big issue is rear seat space, which seems meager compared to the front, although there are 18 cubic feet of cargo space. That’s more room than a Toyota Avalon.

When it’s time to move, you’ll find Toyota’s 2.0-liter four-cylinder engine to be lively. Mated to a six-speed manual or a continuously variable automatic transmission, the Corolla Hatch launches from a stop without the rubber banding typical of a CVT transmission, thanks to its special launch gear. After that, the CVT’s variable gear ratios take over. The six-speed manual transmission is a welcome relief for those who prefer their cars with three pedals on the floor, not two. But its feel was disappointing. Nevertheless, this hatch was fun to lob into a corner, even if it’s benignly predictable, with the agility that comes from being so diminutive. Notably, the upper-level XSE model’s 18-inch wheels impart greater road feel than the base SE’s 16-inch rubber. While it’s no sports car, it is a captivating one.

In the end, you’ll discover that the 2019 Toyota Corolla Hatchback has a pulse. Even if it’s more haute hatch than hot hatch, its special flavor stands apart from its competitors, or for that matter other dishwashers — oops — I mean Corollas.

Look for it to reach showrooms in July.

Base prices: Not available