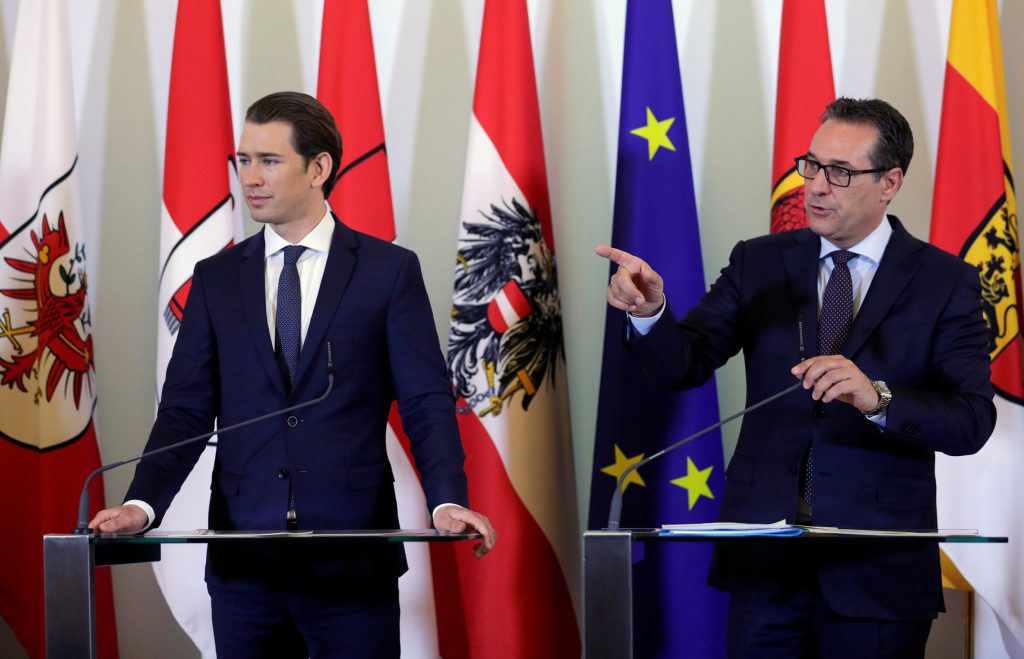 Israel’s awkward relationship with the recently elected Austrian leadership continued on Sunday with the announcement that Austrian Chancellor Sebastian Kurz plans to visit Israel in June, but without Vice Chancellor Heinz-Christian Strache, head of the far-right Freedom Party.

Since Kurz took the Freedom Party into his coalition, despite its neo-Nazi and anti-Semitic past, Israel has refused to conduct official business with party members now serving in the government.

Some members of Israel’s Likud party are in favor of allowing business as usual with Freedom Party officials, but the Foreign Ministry and the Austrian Jewish community remain strongly opposed, according to The Times of Israel.

Mr. Kurz will be accompanied on the Israeli trip by Austria’s Science and Education Minister Heinz Fassmann. They will be making the usual stops, including a meeting with Israeli Prime Minister Binyamin Netanyahu and a visit to Yad Vashem.

On Sunday, Messrs. Kurz and Strache attended an event to mark the 73rd anniversary of the liberation of the Mauthausen Concentration Camp.

“Austria has a special historical responsibility never to forget the terrible crimes of the Holocaust and is committed to the security of Israel and its citizens,” Mr. Kurz wrote in an online posting Sunday. “We actively support Jewish life in our country and fight against any form of anti-Semitism.