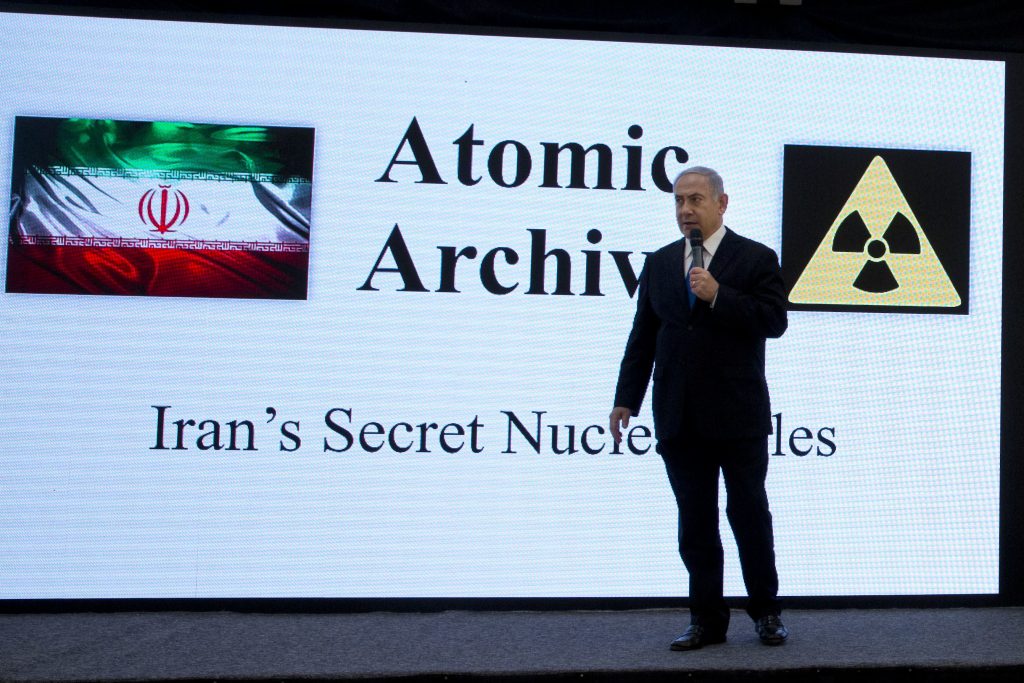 After a week rife with fresh revelations about Iran’s nuclear program, a poll in Yisrael Hayom Friday shows that nearly 60 percent of Israelis fully approve of the way Prime Minister Binyamin Netanyahu is handling the Iranian threat. The poll, taken by the Geocartigraphia organization in advance of the upcoming Herziliya diplomatic and statecraft conference, also says that 60 percent of Israelis believe that the United States will back Israel politically and militarily if Israel is forced to fight Iran.

The poll, which recorded the opinions of Jewish Israelis, showed that only 15.5 percent of Israelis did not support Netanyahu’s approach, while 27 percent had no opinion.

The poll was taken in the days after Netanyahu’s speech last Monday, in which he displayed thousands of documents, described as Iran’s “Atomic Archives,” that show how Tehran has misled world governments and international agencies regarding its intentions to develop nuclear weapons.

The poll showed that 44.2 percent of Israelis believe that the country may have to make a pre-emptive strike on Iran’s nuclear facilities in order to prevent Iran firing off nuclear weapons. 31.1 percent said that Israel should not attack, while nearly a quarter have not yet decided.

Similarly, 43 percent said that they supported the law passed by the Knesset earlier this week that authorizes the Prime Minister and Defense Minister to declare a state of war, without approval of the government or the Knesset.