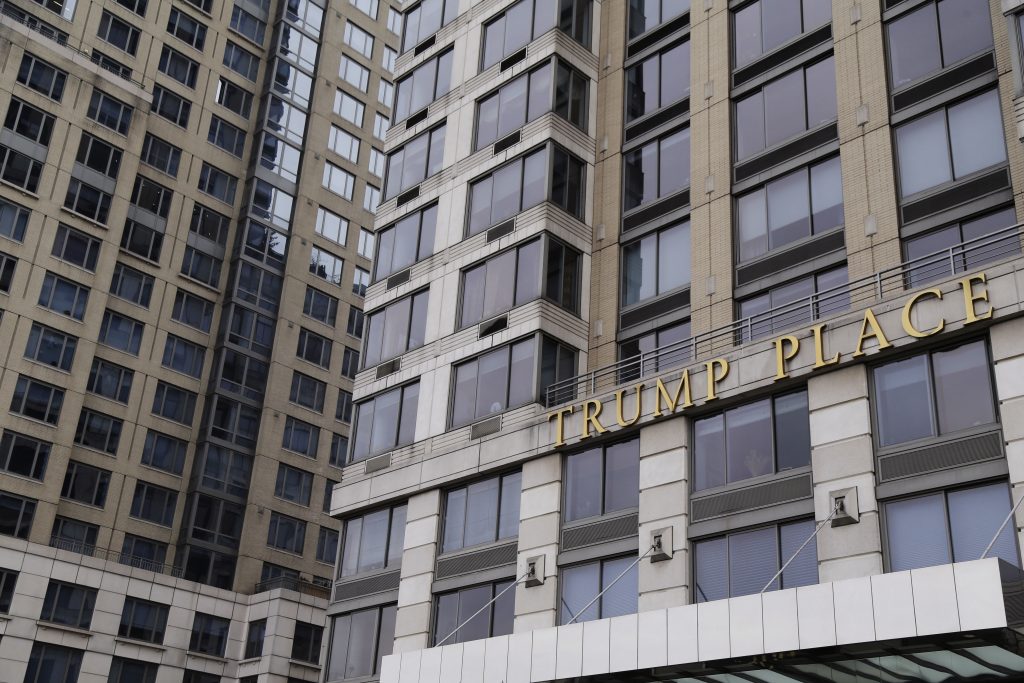 A New York judge ruled that a condominium building on the city’s West Side isn’t obligated to keep President Donald Trump’s name emblazoned on it, dealing a blow to the Trump Organization’s efforts to stop a growing movement among Trump-named buildings to ditch their affiliation with the president.

The Trump Place, a high-rise at 200 Riverside Blvd. on Manhattan’s Upper West Side, would become at least the seventh building worldwide since the 2016 election to remove Trump’s name from its facade, joining other New York structures and hotels in Canada and Panama.

New York Justice Eileen Bransten said Thursday morning that the board’s licensing agreement with the Trump Organization doesn’t obligate the building to display Trump’s name. She read from her 12-page decision from the bench during a hearing in lower Manhattan.

“That simply is not what the document says,” she said, adding that she was also denying a request from DJT Holdings, a corporate entity owned by Trump, for attorneys’ fees. The entity “failed to explain how plaintiffs have breached the licensing agreement.”

Bransten cautioned that her ruling pertains only to “whether the licensing agreement prohibits the plaintiffs from changing the name of the building,” and doesn’t allow them to do so without following proper procedure under the agreement and the building’s bylaws. A two-thirds majority vote of members is required for that, she said.

That’s almost the number of Trump Place condo owners who responded to an informal poll early last year that voted to strip Trump’s name off the roughly 20-year-old building facing the Hudson River. The board of Trump Place sued the president’s business, after the Trump Organization threatened to start legal proceedings after it learned of the brewing revolt.

“We will be watching carefully to make sure they dot their Is and cross their Ts,” Lawrence Rosen, a lawyer for DJT Holdings said after the hearing. He said he was “still processing” the ruling.

A lawyer for the condominium board, Harry Lipman, declined to comment on whether the name would be removed.

“The decision speaks for itself,” he said.