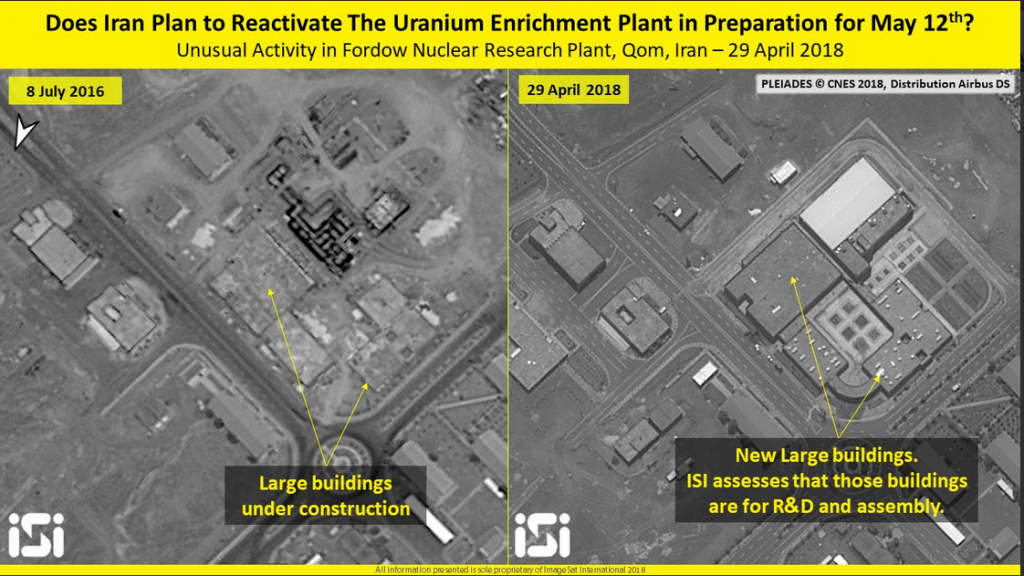 ImageSat posted satellite images to Twitter showing new construction and numerous cars and buses in the facility’s parking lot, some 34 vehicles parked outside on April 29, which hasn’t been seen there in months.

A “before” picture shows an apparently inactive Fordow from July 2016 for comparison. During that time, the entrance was closed; but the new photos show the entrance open.

The underground facility is supposed to be watched by the International Atomic Energy Agency (IAEA) to ensure compliance with the 2015 nuclear agreement. These structures in question are believed to be designed for production, research and development work.

ImageSat suggested that the renewed activity at Fordow could be a sign that Iran is preparing to return to a bomb-making footing, in the event the U.S. withdraws from the multi-national accord.