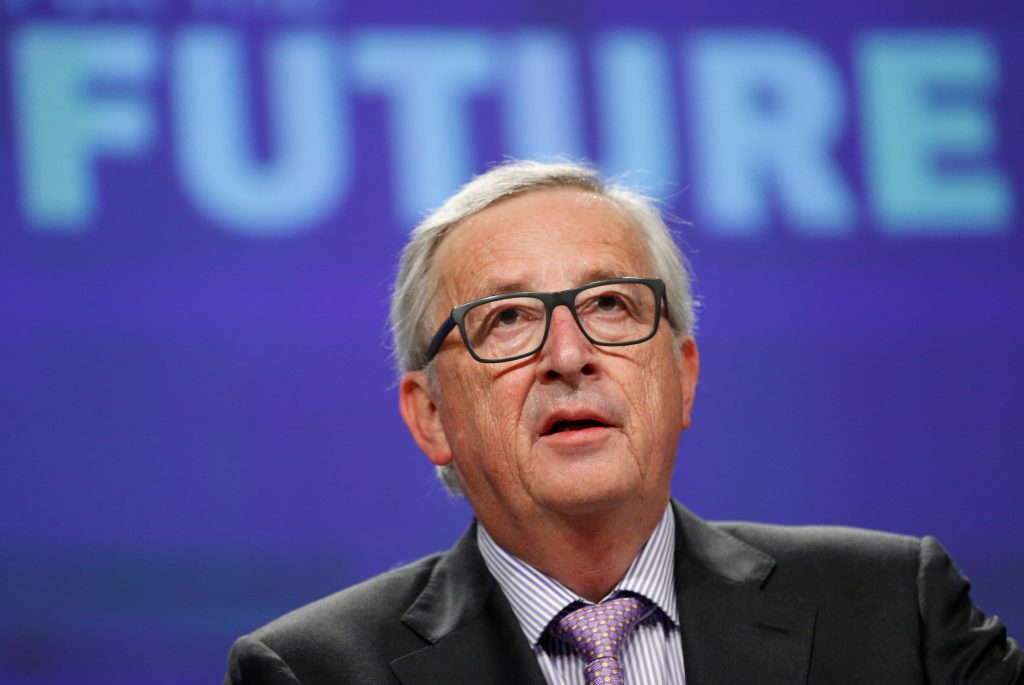 European Commission President Jean-Claude Juncker on Thursday appealed to Belgium to grant nationality to Britons who work at the European Union’s vast executive arm, as Brexit approaches next year.

Amid a stream of praise for Belgian Prime Minister Charles Michel, Juncker said he hoped that “Belgian authorities show the same generosity when it comes to granting Belgian nationality to British public servants who are here in Brussels.”

A total of 917 British citizens work at the Commission, according to its 2018 figures. Some have lived in Belgium for years, have European pension plans and are concerned about their future after Britain leaves the bloc next March. Many have applied for passports in Belgium or other EU countries.

Juncker said of the British staff seeking Belgian nationality: “They deserve it.” Addressing the Belgian leader and EU lawmakers, Juncker said Michel is a generous man and “I am sure and certain that he will take account of our wishes and our remarks.”

Michel, for his part, said: “I’m happy that Belgian citizenship is so attractive, that British citizens are asking to stay to our country, in which they’ve often been living for a long time.”

But recalling “the independence of the justice system,” he noted that the Belgian courts are currently faced with contradictory rulings on how these citizenship applications should be handled.

Michel said his government is looking into the issue, from a legal point of view.

Commission spokesman Margaritis Schinas said later that Juncker has sought to reassure British staff that they will not lose their jobs from next year. Juncker’s remarks to Michel, Schinas said, were an effort to “remind him of this process” in Belgium.