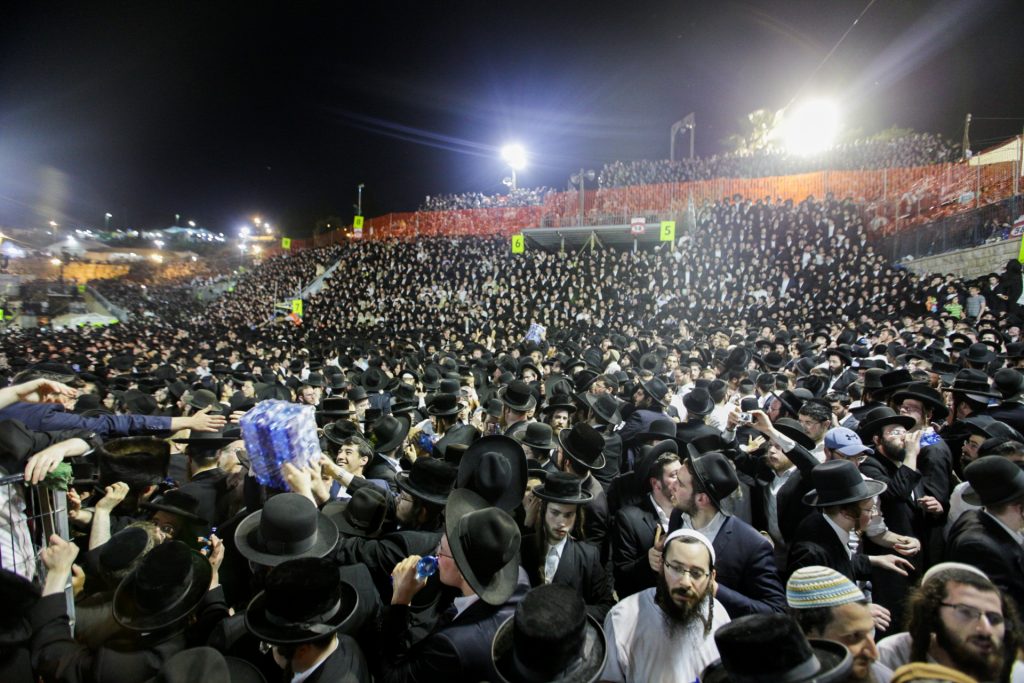 It was a day that nothing happened. At least as far as the secular media was concerned, nothing newsworthy happened in the little village of Meron in northern Israel during the past 24 hours.

That is, there were no cataclysmic traffic jams, no violence, no scandal, no platforms collapsed. Almost nothing to report. Which is why anyone searching for information about Lag BaOmer celebrations at Meron will not find much, if anything, in the mass media.

Before the event, Israeli media coverage focused on the weather — hot, dry, windy — which led a number of municipalities to cancel or restrict bonfires. The prime minister himself put out a word of caution, and promised that “there will be other chances.” There were only perfunctory references to the significance of the day or the place.

Despite the heat, fainting and heatstroke on a massive scale did not occur. As of early Thursday afternoon, United Hatzalah reported treating 323 people in the Meron area for minor contusions, snake and scorpion bites, fainting, cuts and other minor complaints.

Considering that hundreds of thousands of people — upwards of half a million expected before it’s over — that first aid tally is negligible.

Actually, it’s more than negligible; it counts as one of the nissim v’niflaos that are associated every year with the holy tanna Rabbi Shimon bar Yochai.

Even the secular media acknowledge that Lag BaOmer at Meron is the biggest annual event in the country, with Israelis from every sector, religious and non-religious participating. Hundreds of buses, thousands of police, and hundreds of volunteers take part.

Yet they could find almost nothing to say about it.

But for those who were there or followed the proceedings from home, something certainly did happen. It was a spiritual event of magnificent proportions. Those who were there speak of the outpouring of ahavas Hashem, ahavas klal Yisrael, the achdus, the simchah.

Israel is a country sorely beleaguered by religious and political divisions; but at Meron on Lag BaOmer, as one person said, “by Rabbi Shimon, there are no miflagos,” no political parties. All are one in the journey to get close to Hakadosh Baruch Hu. That, he said, is the secret of the circle dancing: there is no head or tail, no start or finish to it; no matter where one is on the circle, he is equal with everyone else, and equidistant from the center.

But these are ineffable qualities. Hard to put into words and impossible to quantify. Once you have reported that hundreds of thousands came and a few people were given first aid, what is there left to say?