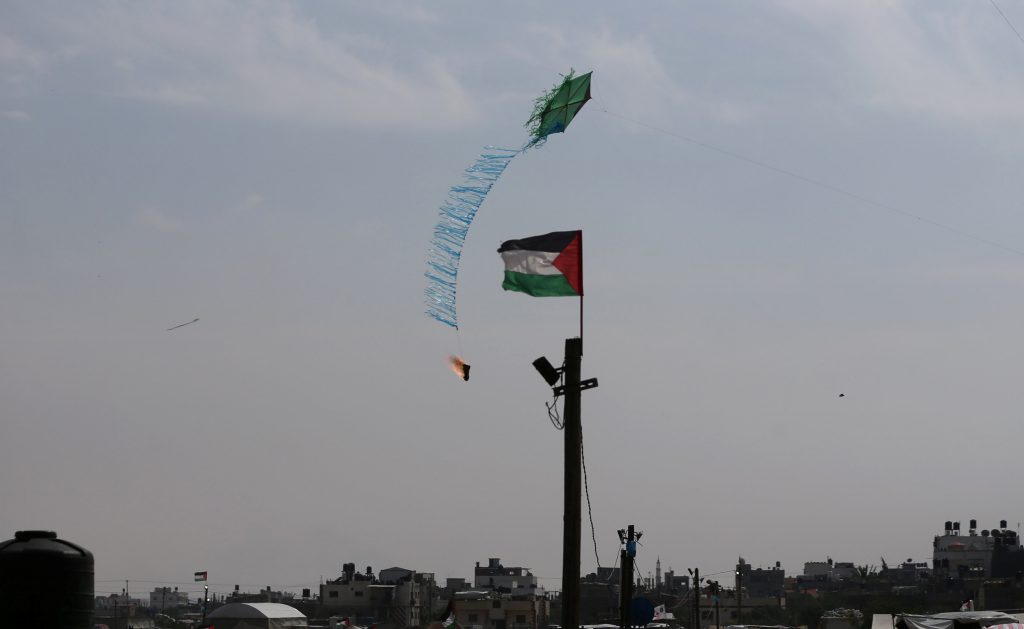 Palestinians in Gaza took advantage of a heatwave made for brushfires on Wednesday, sending a fire kite over the border into southern Israel where it set dozens of acres ablaze.

As of Wednesday evening, ten firefighting units were reported to be working to control the damage to agricultural fields and grasslands near Kibbutz Be’eri.

There have been a number of such incendiary kites flown over the border in recent weeks, but this was the most serious so far. It took place in an area known as the Be’eri Forest, where several other fires were caused by kites since the rioting at the Gaza border security fence began in late March.

The IDF apparently has yet to develop an answer for the kites. The most that can be done at this point is soldiers stationed on the border who spot a kite coming over on closed circuit cameras can call firefighters to the area where it’s headed.

Shai Hajaj, head of Merhavim Regional council, in the area where the kites have been flying, complained:

“When the courts in Yerushalayim are discussing petitions from left-wing organizations to tie the hands of the soldiers standing in front of the Gaza rioters who want to break through the fence, the arson continues in the field of farmers,” he said.

“It is necessary to remind both the judges and advocates for Palestinian rights that stone-throwing and the burning of fields is violence, which has already caused severe economic damage and threatens human life. Palestinian rioters burning fields with kites is no longer limited to the Friday ‘right-of-return’ demonstrations, but rather an everyday event. We demand that the IDF stop this violence immediately.”