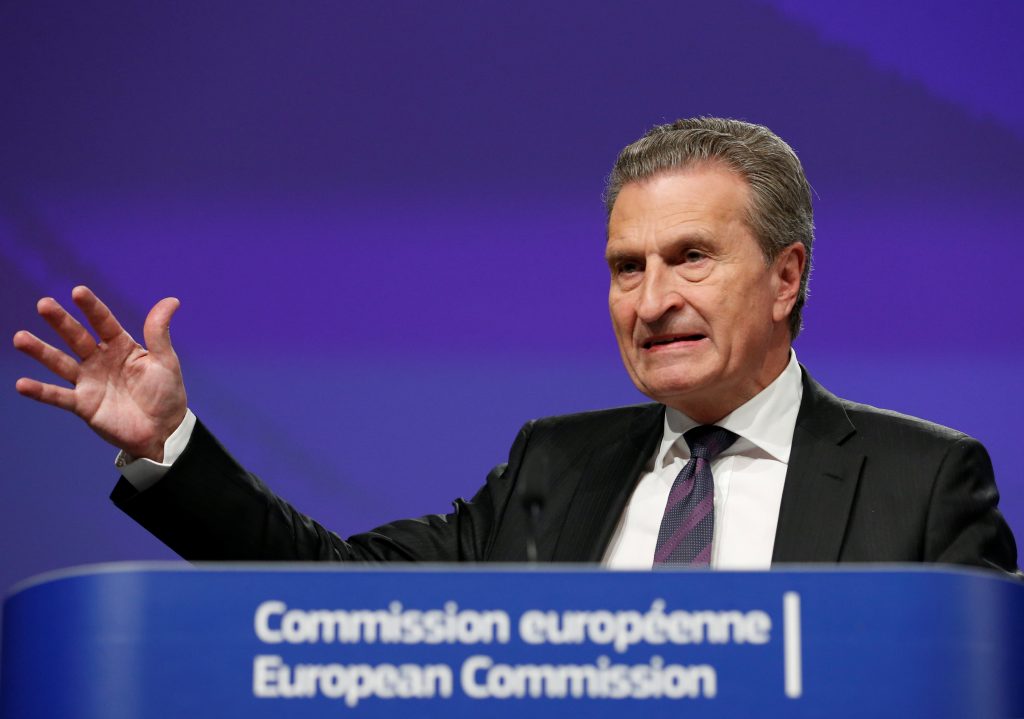 The European Union’s executive proposed a cut in regional aid in the bloc’s next budget and stricter conditions to access the funds, a change opposed by east European countries that risk losing billions of euros.

The European Commission’s blueprint for the 2021-2027 EU budget of $1.54 trillion (1.28 trillion euros) seeks to reduce spending on cohesion policy by about 7 percent, according to Budget Commissioner Guenther Oettinger. The regional aid and agriculture subsidies, proposed to be lowered by around 5 percent, would suffer the biggest cuts as the commission seeks ways to plug a 10 billion-euro annual hole in the EU coffers that will result from the U.K.’s scheduled withdrawal from the bloc next year.

“These policies will be modernized to ensure they can still deliver with less and even serve new priorities,” the commission said in a statement on Wednesday. “For example, cohesion policy will have an increasingly important role to play in supporting structural reform and in the long-term integration of migrants.”

Faced with new pressing challenges, such as terrorism and migration, the commission of President Jean-Claude Juncker wants to modify aid eligibility criteria by lowering the weight given to gross domestic product and taking account of other factors such as unemployment, climate change and the integration of migrants.

“The commission also proposes to increase national co-financing rates to better reflect today’s economic realities,” it said. “This will have the benefit of increasing ownership at national level, sustaining larger investment volumes and improving their quality.”

Currencies in eastern EU nations continued recent declines against the euro on Wednesday, with the Polish zloty ranking as the worst emerging market performer in the past five days, with losses reaching 1.2 percent. The Czech koruna and the Hungarian forint weakened by 0.4 percent. Bank of America Corp. recommended investors bet against any negative reaction in the region’s assets, with the final shape of the budget likely to differ from today’s proposal after talks among national governments.

Juncker also seeks to ensure member governments respect the rule of law by introducing a mechanism that would tie access to EU funds with observing the principle of an independent judiciary. The regulation on the link will not require the unanimity that the main budget proposal needs. In that respect, it may become a more pragmatic tool to discipline member states such as Poland, where alarm about an assault on domestic judicial independence by the ruling Law & Justice party led by Jaroslaw Kaczynski has pushed the democratic-principles question onto the EU political agenda.

“Under the current rules, member states are already required to show that their rules and procedures for financial management of EU money are robust and funding is sufficiently protected from abuse or fraud,” the commission said. “The new proposed rules would allow the union to suspend, reduce or restrict access to EU funding in a manner proportionate to the nature, gravity and scope of the rule of law deficiencies.”

The decision on whether a “generalized deficiency” in the rule of law risks impacting EU funds would be proposed by the commission and adopted by national governments by the so-called reversed qualified majority voting. In this procedure, qualified majority is needed to reject the proposal.

The EU executive is in talks with the government in Warsaw to scale back a controversial judicial revamp and end a monitoring procedure that includes the possibility of stripping Poland of its voting rights in the bloc. The worst-case scenario for the biggest central European member state is an unlikely option after Hungary’s Prime Minister Viktor Orban vowed to prevent other EU nations from achieving unanimity on that matter.

“With some increased conditionality imposed by the EU, it may actually be positive for the likes of Poland and Hungary, who have been accused of breaching the spirit of the union,” said Nigel Rendell, senior analyst for EMEA at Medley Global Advisors. “The EU is simply saying to the Orbans and Kaczynskis of this world: if you want cash, play by the same rules as the rest of us.”