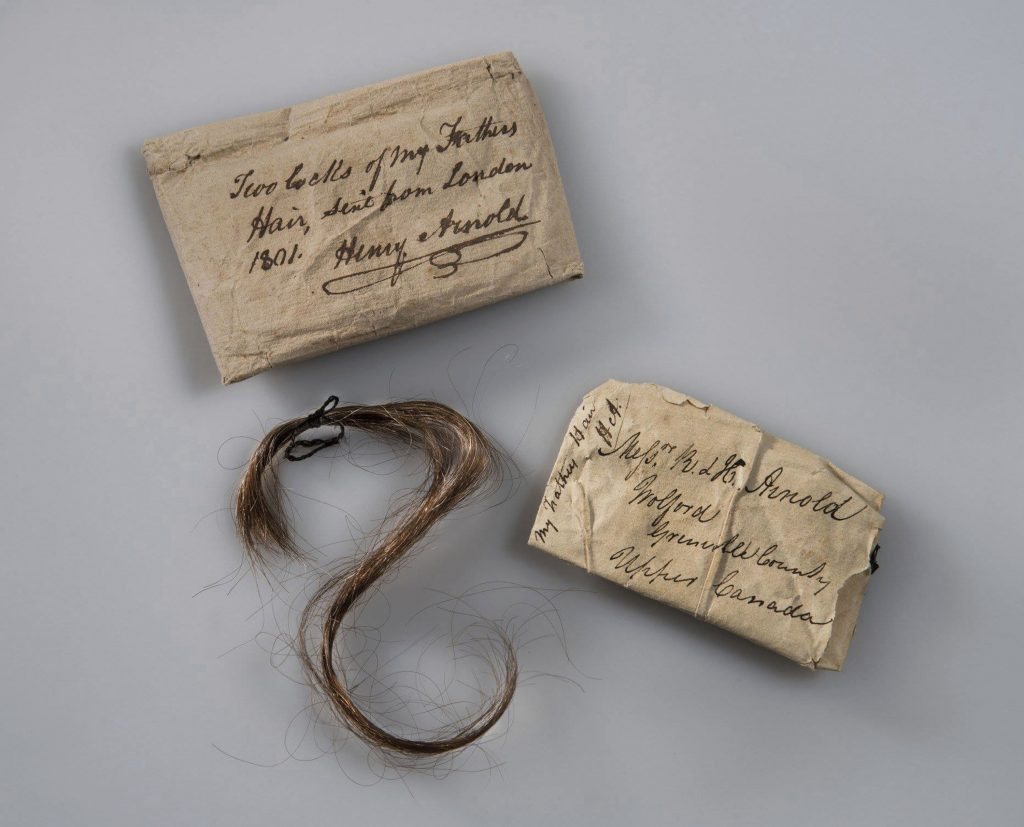 A rarely displayed lock of American traitor Benedict Arnold’s hair will be exhibited at the New York fort he helped capture in the Revolutionary War’s opening weeks.

Officials at Fort Ticonderoga announced Wednesday that locks of hair from Arnold and his first wife Margaret will be displayed this weekend when the privately owned upstate historic site and tourist attraction opens for the season.

Curator Matthew Keagle said the hair was recently rediscovered among the museum’s vast collection of 18th century military artifacts, ranging from muskets and artillery to uniforms and documents.

“There so much in the museum collection that’s not on display. It’s still an ongoing cataloguing process,” Keagle told The Associated Press. “Sometimes we rediscover things, and this was one of them.”

Keagle said the hair was preserved by the couple’s youngest son, Henry, who was living in Canada when someone sent him the keepsake after his father died destitute and forgotten in London in 1801. Margaret Arnold died in 1775 in Connecticut, Benedict Arnold’s home state. Benedict’s lock of hair was wrapped in paper inscribed: “Two locks of my Father’s Hair sent from London, 1801. Henry Arnold.”

Saving a lock of a deceased loved-one’s hair was a common practice during the era, a method of preserving “a physical reminder of the presence of that person,” Keagle said.

The locks of hair were acquired by Fort Ticonderoga from one of Arnold’s direct descendants in 1952, the curator said.

Arnold was an officer in the Connecticut militia when he and a small force of frontiersmen led by Ethan Allen rowed across the southern end of Lake Champlain on the night of May 10, 1775, and captured the British-held fort, located 90 miles north of Ticonderoga. The war had begun three weeks earlier in Massachusetts at the battles of Lexington and Concord.

Arnold went on to become one of the Continental Army’s best battlefield leaders. Denied promotions and deeply in debt, he turned traitor and attempted to hand over the American fortifications at West Point, New York, to the British before being discovered and fleeing to the redcoats’ side.

Arnold fought for the British and moved to England after the war. He died at 60 on June 14, 1801, and was buried at a London church. His name has become synonymous with traitor in American lingo.

Because of the fragile nature of the artifacts, Benedict Arnold’s lock of hair and the paper wrapping are only being displayed Saturday and Sunday, along with the original letter Allen sent to the Connecticut governor informing him that the fort has been captured.