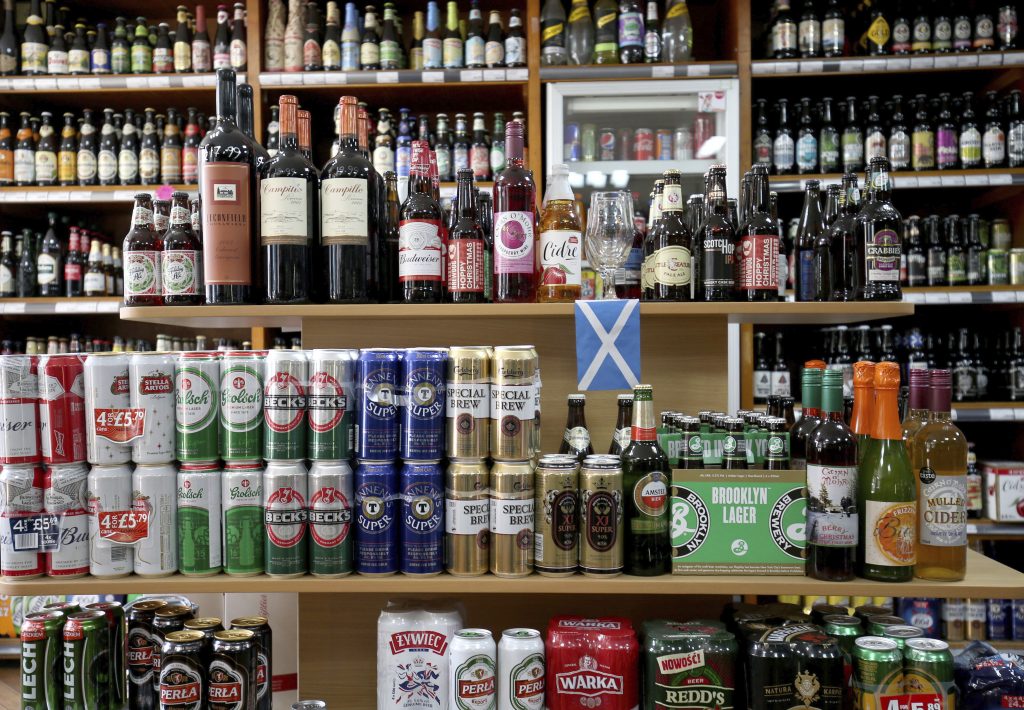 Bargain alcohol has become a little more expensive in Scotland, which it says is the first country in the world to introduce minimum unit pricing for alcohol.

“All of the evidence says that minimum unit pricing will reduce deaths from alcohol-related illnesses, reduce hospital admissions and generally reduce the damage that alcohol misuse does to our society,” she said.

The measure, which public health advocates call a watershed moment, has been a long time coming.

Scottish lawmakers approved minimum pricing in 2012, but it was delayed for six years by legal challenges from the Scotch Whisky Association, which argued the move unfairly hit responsible drinkers on low incomes

Health campaigners say minimum pricing will save lives and money. Almost a fifth more alcohol is sold per adult in Scotland than in other parts of Britain, and Scottish authorities say alcohol misuse causes about 697 hospital admissions and 22 deaths a week.

Scotland sets its own health policies, and campaigners are pressing for similar action in other parts of the U.K. The Alcohol Health Alliance, a coalition of medical groups, says there are almost 23,000 alcohol-related deaths a year in England, which has roughly 10 times Scotland’s population of 5 million.

Britain’s Home Office said minimum pricing was “under review and the government will consider the evidence of its impact once it is available.”

Norine Aslam, who runs the Top Cellar liquor store in the Edinburgh suburb of Leith, said she was “all for” the move.

“It’s like everything, change is difficult,” she said. “But I think it’s a positive change so it’s just a hurdle that everyone needs to get over.

“I think it’s more positive than negative, so I think it will be good.”