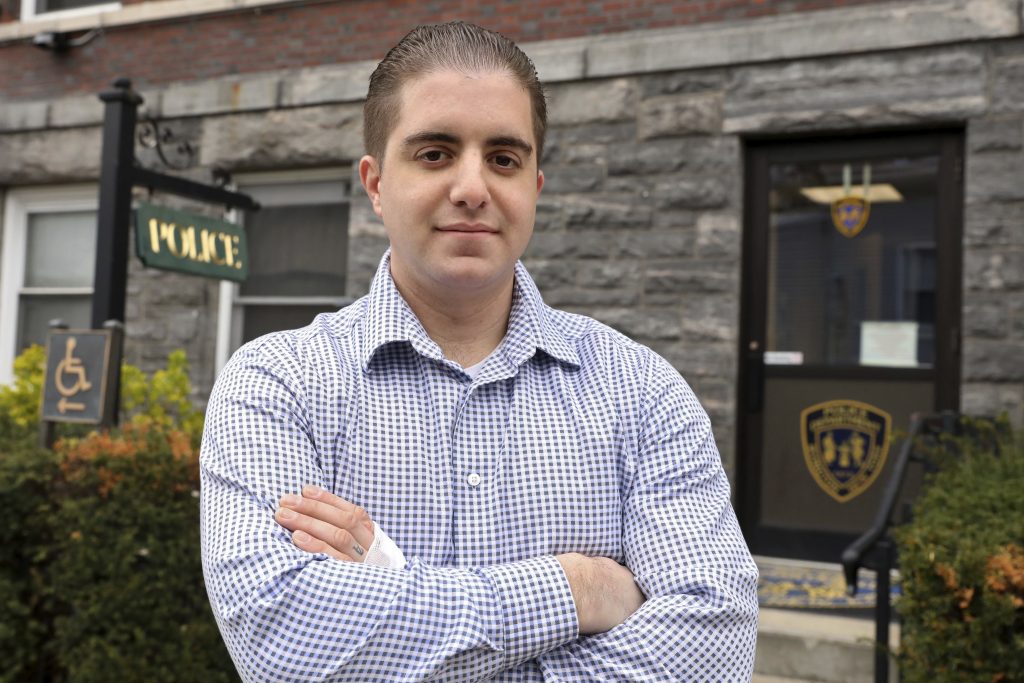 An off-duty police officer jumped on a coyote and throttled it as the animal attacked a girl on a suburban New York playground, leaving the child with an arm bite that required a rabies shot, stiches and antibiotics.

The girl’s mother, Kasey King-Petrellese, told WNBC that the coyote appeared out of nowhere and bolted “like a cheetah” toward 5-year-old Natalia and her 3-year-old brother in Thornwood on Sunday.

As they fled toward their car, the animal gained on them, first menacing the boy.

“I took my foot and I kicked him as hard as I could in his face, which knocked him to the ground and he stumbled a little. And when he got up he swung over to my daughter’s side and bit her arm,” said King-Petrellese.

“It was trying to get my brother but it didn’t,” Natalia recounted. “It made me bleed on the arm.”

Off-duty Irvington police Officer Arcangelo Liberatore had spotted the coyote lurking nearby. He and his wife were getting their own children safely into their car when he heard screaming, saw the attack and doubled back, according to the Journal News.

As King-Petrellese repeatedly punched the coyote, Liberatore — a martial arts practitioner — jumped on top of it, clutched its neck and slammed its head on the ground.

“I just sat and tried to squeeze the life out of it,” Liberatore told WNBC. “But it was pretty resilient.”

Mount Pleasant police shot and killed the animal. The coyote’s remains were sent to the Westchester County Health Department for testing.

King-Petrellese, her two children and the off-duty officer all received rabies shots at a local hospital, according to WNBC. Natalia also needed stiches and antibiotics.

On Monday, Liberatore had a bandage on his hand to reduce swelling, according to the Journal News.

“I was telling my wife, I’m just wired differently than most people, I think,” he said. “I run toward danger.”