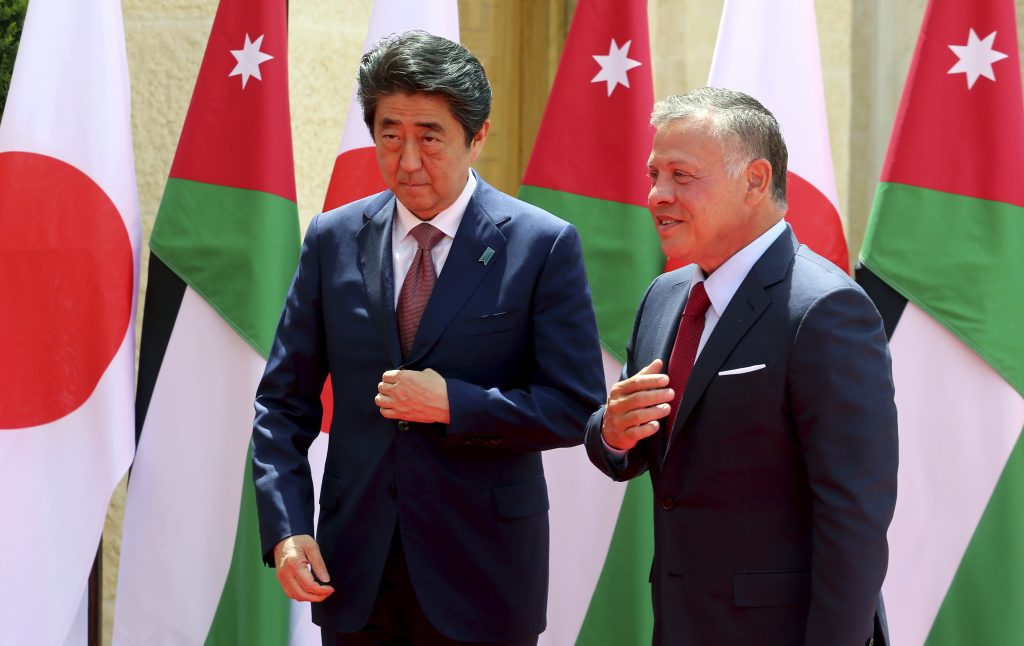 Abe told the monarch that “Jordan’s stability is indispensable for regional stability,” and that Japan will provide as much aid as possible to ensure the country’s economic and social stability. The Japanese prime minister was accompanied by a delegation of business leaders.

He said he hoped to “dramatically develop our bilateral ties.”

Jordan, a key Western ally, has struggled with a sluggish economy — including rising unemployment — in the wake of regional conflicts, including in neighboring Syria and Iraq. The fighting next door has severely disrupted Jordan’s trade.

Abdullah told Abe that he hopes to develop trade ties between the two countries.

From Amman, Abe flew to Israel, where he is scheduled to meet with Prime Minister Benjamin Netanyahu on Wednesday. Upon arrival at Ben Gurion International Airport, the Japanese premier drove to the West Bank city of Ramallah to meet with Palestinian President Mahmoud Abbas.