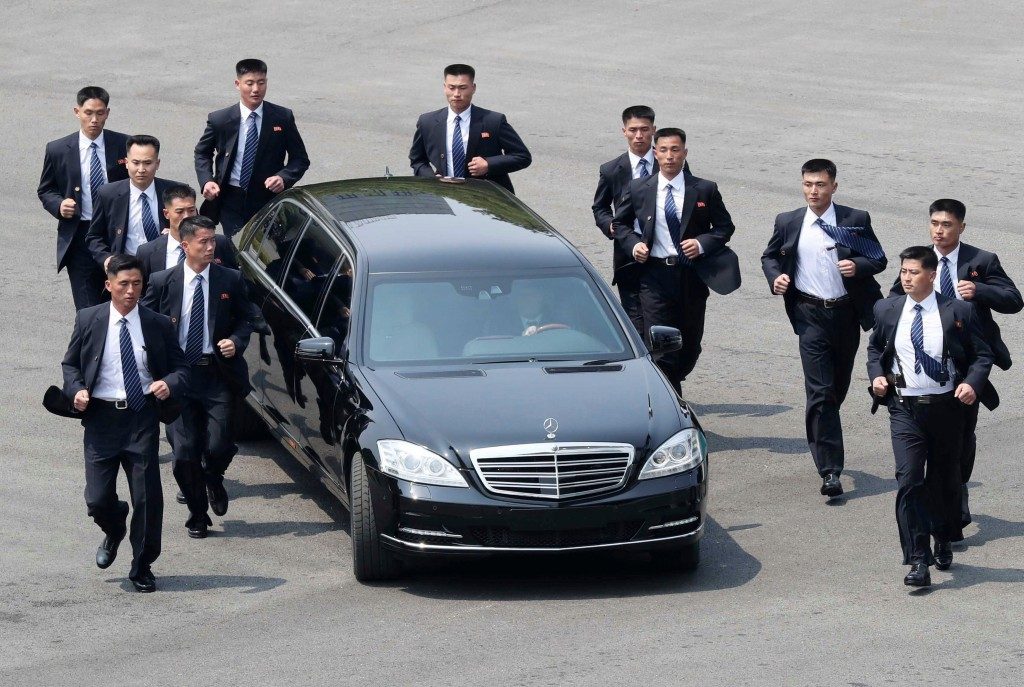 The election of Donald Trump enabled the haters. And their inability to get him impeached or driven from office is driving them to levels unseen since America began unshackling itself from the mores of decency 50 years ago.

It’s depressing. And maddening. Especially last week, when one news story after the other showed the hate for Trump deranging otherwise-normal people. We’re not that far off from having a medical term for it. But don’t count on psychiatrists hospitalizing anyone for it.

We see it in the sorry saga of Alfie Evans, the endearing British toddler forced to die this past weekend because a court decided that death was better for him, overruling the parents.

We see it in the judge’s ruling last week ordering the Trump administration to continue the illegal Obama DACA executive order, allowing illegals who came as youngsters to remain. This is the first time that an unconstitutional move was not overturned by a court.

We see it in the atrocious White House Correspondents Association dinner, when a comedian unloaded in unusually personal terms on Pres. Trump and his staff. What about the basic humanity that even D.C. tries to pretend it has?

Take the “retirement” of Raul Castro, Cuba’s butcher and dictator — and I put it in quotation marks since he did not retire. He merely handed over control of making the trains run on time to another gangster.

The end of the bloody Castro era, in normal society, would be heralded in the press as the victory of freedom and democracy. In normal times you could expect articles listing facts and figures — how many victims of the Castros, the economic pain brought about through nearly 60 years of a kleptomaniacal system, the gulags erected to house the political prisoners.

But no. Our fake news press — to an outfit — churned out articles and columns praising the reforms Castro brought to his country. Cellphones! The right to run certain businesses! Visas! You would think Castro was the Thomas Jefferson of Cuba.

What about the victims? What about the millions of Cubans forced into exile? What about the tens of thousands tortured to death — by Castro personally? What moral high ground do you have mentioning the president’s comments on the white supremacist rally in Charlottesville when you shill for a murderous thug?

Then came the media fascination with Kim Jong Un, the Korean thug who killed his own uncle by blasting him through the barrel of an antiaircraft missile. Three thousand cameras were trained on the border area on Friday to watch as the pudgy tyrant huffed and puffed his way out of a building and over to the South Korean border.

Several hours and many drinks later, a flushed despot re-emerged and made his way back to his tormented country and people, a dozen jogging minions flapping their suits and ties alongside his shiny black limo.

This is how the story should have been written. Instead, the world’s fourth estate provided fawning coverage of the dictator, along with will-he-or-won’t-he punditry if he’ll pull the plug on his nukes.

Oh, and the media laughed along with the smiling bouffant when he joked about disturbing the sleep of so many South Koreans.

I get it, it’s important stuff. We all hope for a denuclearized world. But my niggling feeling is that the media emphasized Kim’s humor and humanizing smile for another reason.

They want the president to be the madman in the room. They do that by normalizing the real madman.

Quick question, Mr. Swede: If North Korea dumps its nukes, will you grant Pres. Trump a Nobel? Or will you set the bar so high — say, like he’d have to accomplish what ex-president Obama did to be eligible for the ultimate award.

Remind me, what did Obama do in 2009 to deserve the Nobel? Oh, he got rid of Syria’s chemical weapons.

Scratch that. That came in 2013. Whatever. At least Obama spoke about “peace and love,” not “locked and loaded.” That’s more Nobelesque. Appeals more to the nose-high elitist ladies and gentlemen who award the prize. They’ll stomach a Rabin or Kissinger every couple of decades to get their desired policies.

Then there was the Ronnie Jackson saga, a real debacle that makes me seethe. A fine doctor who served three presidents, his nomination to lead the Veterans Affairs department came to a crashing halt last week.

Jackson, an admiral in the Navy, passed at the top of his class. He must have slept through the past 16 months when he accepted the nomination, not knowing that Democrats would do anything, say everything, besmirch anyone, to drop Pres. Trump a notch.

The ambush came swiftly — anonymous people, amplified by Jon Tester, a Democrat from Montana, swarmed the media with accusations. That Jackson was a regular drunk. That he once crashed a government vehicle after a party and had to be pulled away by the Secret Service. That he handed out opioids like candy — in fact, said the anony-Testerites, he was called the “Candyman.”

The media reported it all as straight facts. We’re in the Trump era and the sign atop the shop says the Democrat is always right.

Waaaiiiiit a second. Years of records showed just three fender-benders on Jackson’s log — a bus struck Jackson’s government vehicle, a car rear-ended his vehicle and another driver in a road rage banged on Jackson’s window. No crashing cars here. Then the Secret Service came out with a statement that they searched their archives and found no record at all about having to tend to a drunk Jackson. And the pills? Six annual audits showed no issue with Jackson.

So why did the media go nuclear on him?