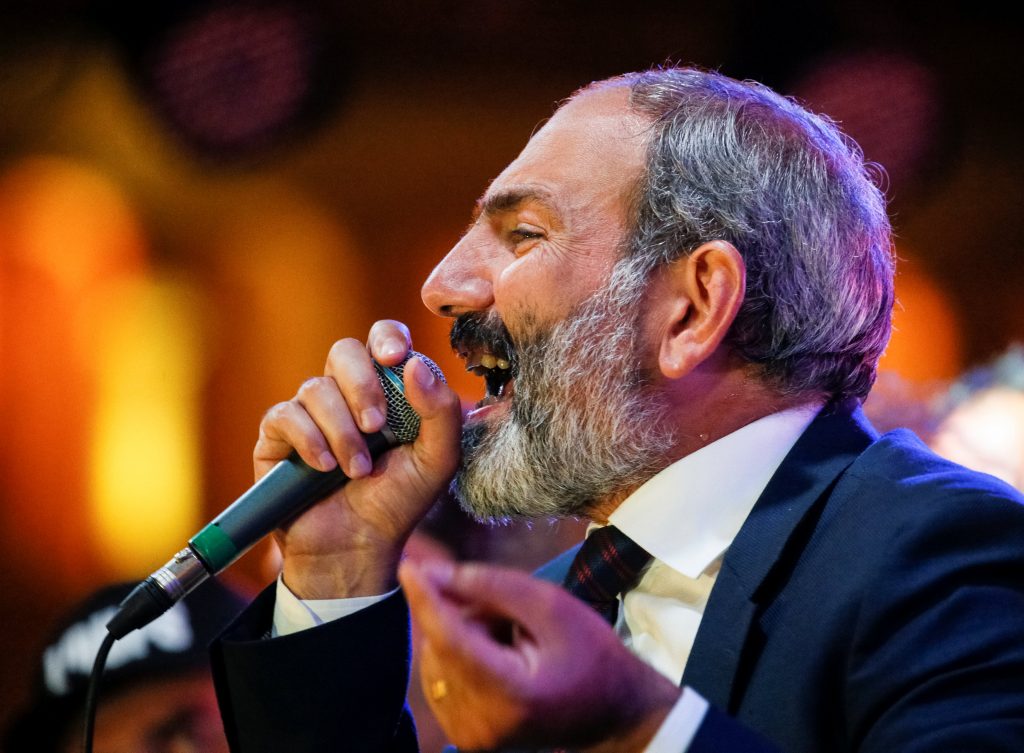 The vote against Pashinyan, who was the only candidate, came after weeks of protests in Armenia that drew as many as 100,000 demonstrators to the streets of the capital, Yerevan, and forced out Prime Minister Serzh Sargsyan after a decade of power.

The parliament voted 55 to 45 against making Pashinyan the new prime minister. By law, a new parliamentary vote will take place on May 8. Acting Prime Minister Karen Karapetyan, a close Sargsyan ally and a former executive for Russian gas giant Gazprom, will stay in place.

After the results, Pashinyan -who was widely expected to win – took to the streets armed with a black megaphone, Armenian news outlet CivilNet showed on its live feed. The 42-year-old was hugged and cheered by his supporters, who chanted “Nikol!” in unison. The charismatic lawmaker addressed thousands of his followers, who had spent the day on the central square patiently awaiting the results in blazing sunshine.

“Let the revolution of love and solidarity continue!” Pashinyan told the flag-wielding crowds Tuesday evening to rapturous applause. Pashinyan called for his “peaceful, nonviolent disobedience” to continue on Wednesday, asking people in the country of 3 million to block all roads, including access to the international airport in Yerevan.

“Tomorrow, the people who do not join the people’s disobedience will be counted on two hands,” he said triumphantly.

Pashinyan’s movement gave democracy a rare boost in the former Soviet country, allowing it to – at least, temporarily – shake off authoritarian rule. While Pashinyan has insisted his movement is free from geopolitics, he was accused by the ruling party on Tuesday of supporting anti-Russian activism. Moscow, which operates two military bases in the country, has carefully watched the events to its south unfold over recent weeks, first with studied silence, and then with caution. Though Pashinyan is loath to say it, observers see Moscow’s hand in Tuesday’s vote.

Ahead of the vote, Pashinyan was grilled by parliament for four hours, on issues ranging from how he would handle the country’s widespread poverty to the simmering conflict with neighboring Azerbaijan.