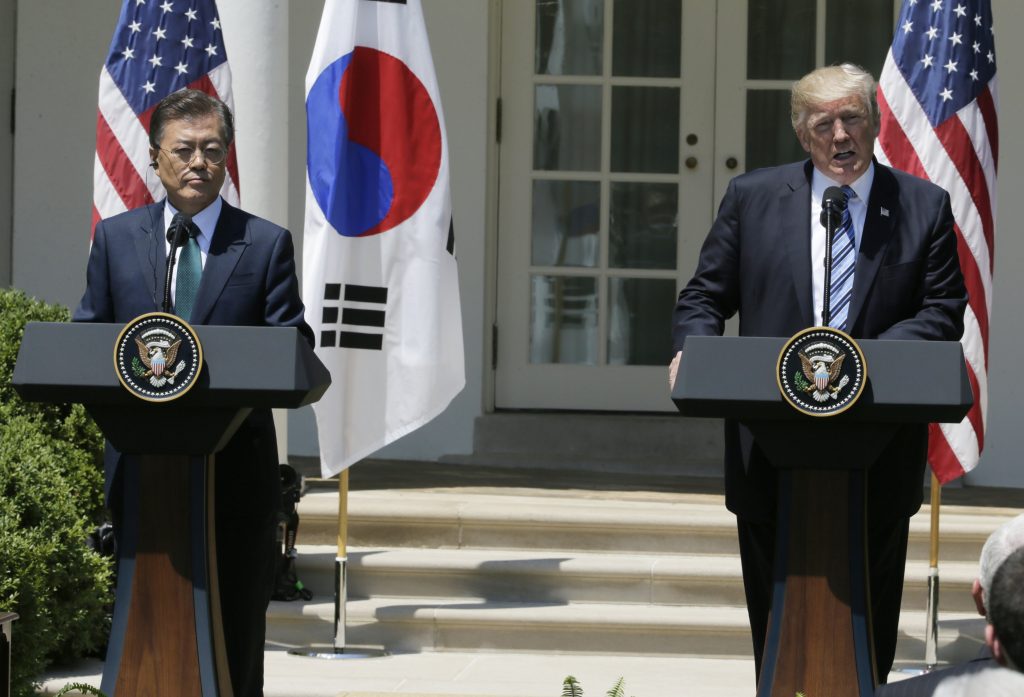 “President Trump should win the Nobel Peace Prize. What we need is only peace,” Moon told a Cabinet meeting, according to a presidential Blue House official who briefed media.

Moon and North Korean leader Kim Jong Un on Friday pledged to end hostilities between the two countries and work toward the “complete denuclearization” of the Korean Peninsula in the first inter-Korean summit in more than a decade.

Trump is preparing for his own summit with Kim in late May or early June.

That upcoming meeting was the main subject of a private walk and chat that Kim and Moon had during their meeting at the border, the official said.

In January Moon said Trump “deserves big credit for bringing about the inter-Korean talks. It could be a resulting work of the U.S.-led sanctions and pressure.”