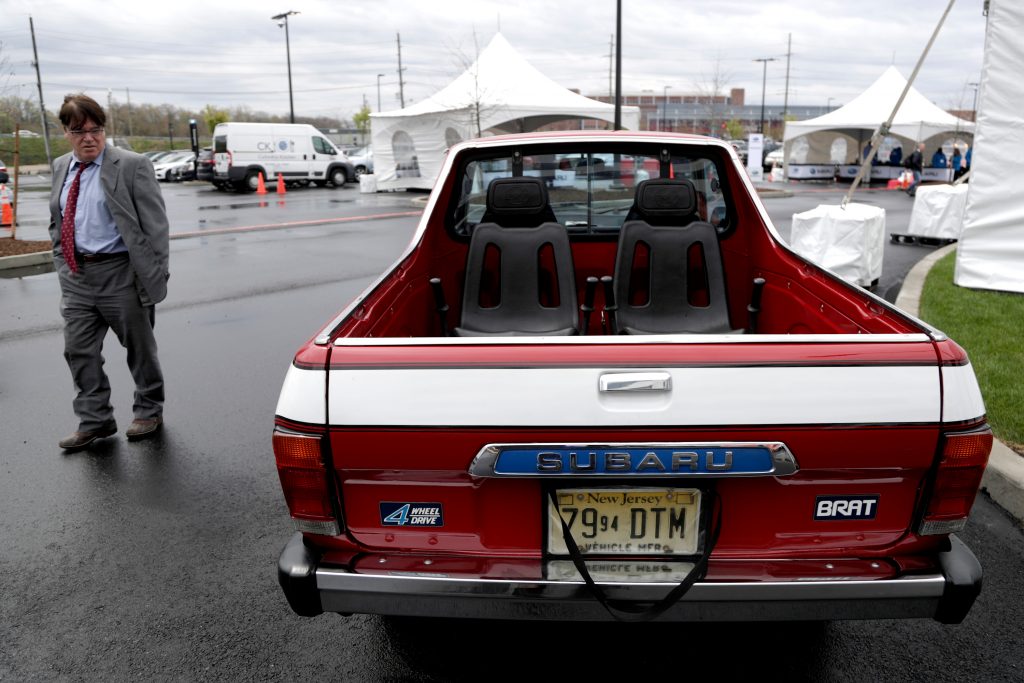 Subaru of America unveiled its new headquarters in New Jersey on Friday, saying the $118 million building will fuel company growth.

Subaru is decamping from its overcrowded Cherry Hill headquarters to a more open-design building that has multiple departments on the same floor in Camden, a troubled city that is one of the most crime-riddled in the nation.

CEO Tom Doll says Subaru is seeking a 5 percent share of the domestic car market within five years. This would represent sales of about 800,000 to 850,000 vehicles. Five hundred employees are already at the Camden headquarters, with 100 more to be hired over the next decade.