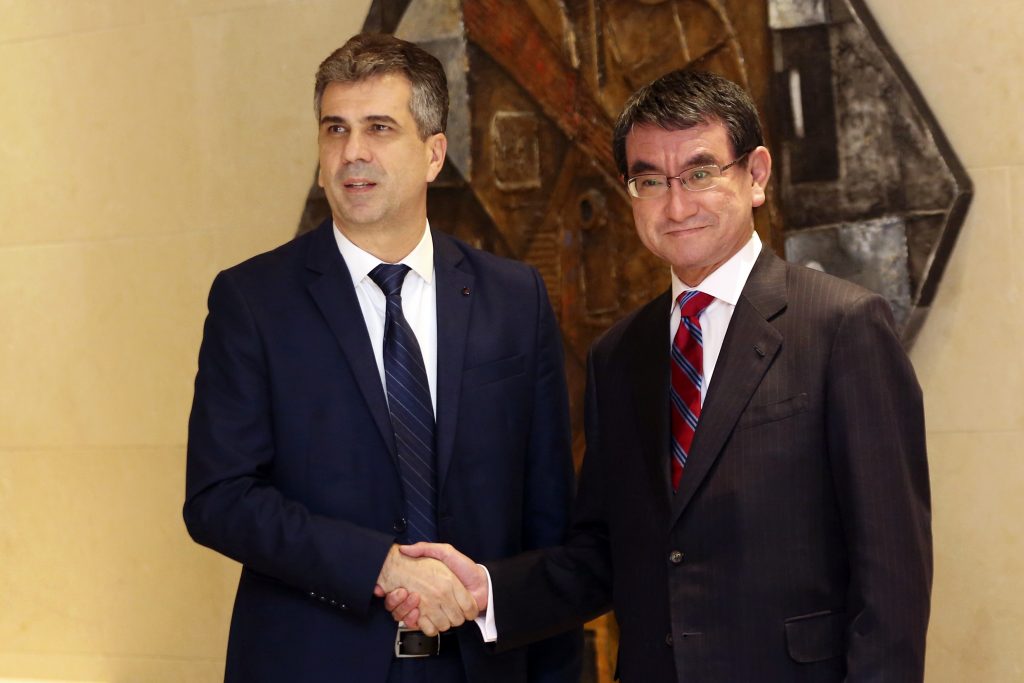 The Japanese foreign minister has presided over a rare meeting of Israeli, Palestinian and Jordanian officials to push ahead with an agro-industrial park intended to enhance cross-border trade and cooperation.

Taro Kono, the Japanese minister, acknowledged late Sunday that it “has not been easy for the four parties to get together under current circumstances.”

Israel and Jordan only recently patched up relations after a months-long diplomatic crisis. Officials from Israel and the Palestinian self-rule government in the Arab areas of Yehudah and Shomron meet only intermittently because of ongoing deadlock in peace efforts.

Sunday’s meeting focused on the Japan-backed Jericho Agro-Industrial Park, near an Israeli-controlled border with Jordan. Twelve companies operate at the park, launched more than a decade ago. Kono says he hopes more will join, including Japanese firms.