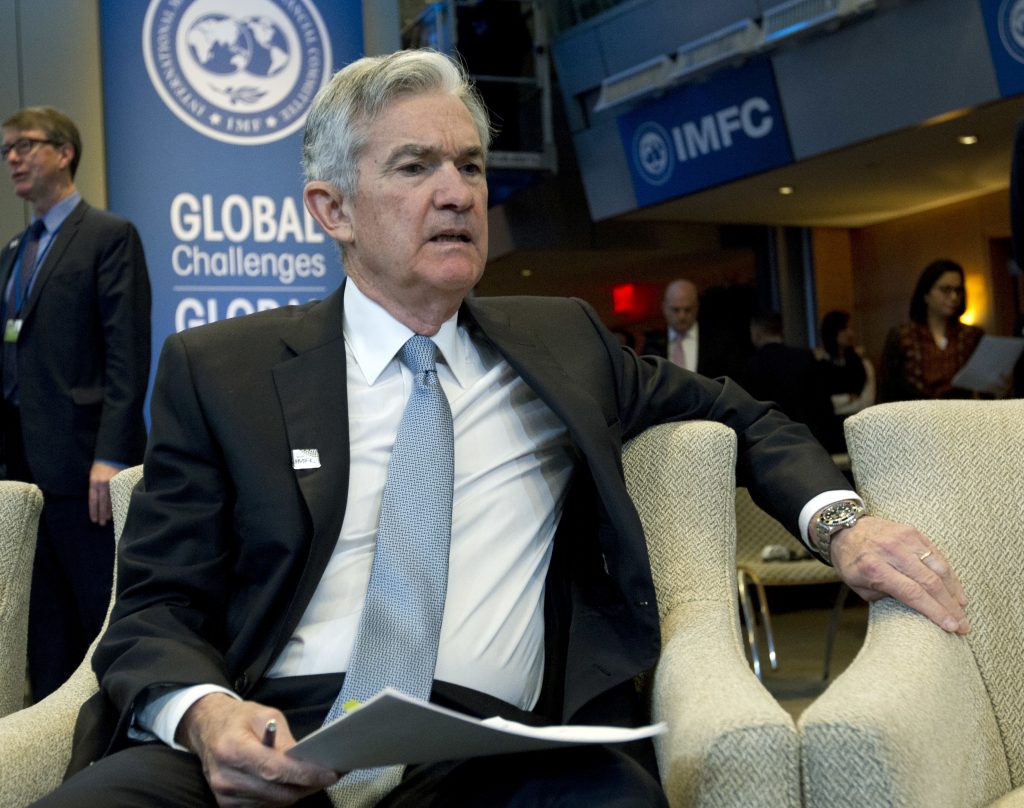 The Federal Reserve is all but sure to leave interest rates unchanged this week, though steady economic growth and inflation pressures will likely keep the Fed on a path toward further rate hikes later this year.

The central bank is meeting as its board is undergoing a makeover, with a raft of new appointees by President Donald Trump who appear generally supportive of the Fed’s cautious approach to rates since the Great Recession ended.

Despite Pres. Trump’s complaints during the presidential race that the Fed was aiding Democrats in keeping rates ultra-low under former President Barack Obama, his choices for a chairman and for other slots on the Fed’s board have been moderates rather than hard-core conservatives who would favor a faster tightening of credit.

The Fed does seem inclined to continue raising rates modestly this year to reflect a steadily improving economy and to keep inflation pressures under control. Economic growth remains solid, and most inflation gauges show annual price increases finally moving close to the Fed’s 2 percent target level. But few analysts expect any aggressive pickup in the pace of rate hikes. Most foresee either two or three additional increases in the Fed’s benchmark rate by year’s end, coming after an earlier hike in January.

As Jerome Powell, Pres. Trump’s hand-picked new Fed chairman, said at a news conference after the central bank’s most recent meeting in March, “We’re trying to take the middle ground, and the committee continues to believe that the middle ground consists of further gradual increases in the federal-funds rate.”

Bond investors are signaling that they expect a pickup in U.S. inflation, having bid up the yield on the 10-year Treasury note last week above 3 percent before the yield settled just below that by week’s end. A year ago, the 10-year yield was just 2.3 percent.

Under Powell’s predecessors, Janet Yellen and Ben Bernanke, the Fed’s board endured criticism from House Republicans over its decision to pursue a bond purchase program designed to lower long-term borrowing rates and to leave its key rate at a record low near zero for seven years. The critics charged that those policies would eventually produce destructive bubbles in the prices of stocks and other assets and, eventually, undesirably high inflation.

But so far, Pres. Trump’s reshaping of the Fed’s board reflects a generally status quo approach.

“Trump’s criticisms during the campaign have not been borne out by his decisions on who to put on the Fed,” said Mark Zandi, chief economist at Moody’s Analytics. “I don’t think this new Fed views the extraordinary steps the central bank took during the crisis as out of bounds.”

Since the Fed began raising rates in December 2015, the pace has been modest and gradual: One quarter-point rate increase in 2015, one in 2016, three in 2017 and one so far this year. Even now, the Fed’s benchmark short-term rate, which influences consumer and business loan rates throughout the economy, remains in a low range of 1.5 to 1.75 percent.

When the Fed announced its most recent rate hike last month, it forecast that it would raise rates twice more this year. Powell, a Republican who was originally nominated to the Fed’s board by President Barack Obama, has so far signaled an approach to rate hikes that appears similar to the cautious one Yellen pursued.

Two weeks ago, Pres. Trump announced the nomination of Richard Clarida, a Columbia University economist and expert on monetary policy, as the Fed’s vice chairman. That choice was seen as providing specialized expertise for Powell, who is not an economist.

Pres. Trump also nominated Michelle Bowman, the Kansas state bank commissioner, for a spot on the Fed board that is normally reserved for a community banker. Earlier, Pres. Trump chose Randal Quarles, an investment banker, as vice chairman for bank supervision, and Marvin Goodfriend, an economist at Carnegie Mellon University, for another vacant board seat.

The president’s nominations generally match mainstream economic views on the Fed’s proper role in managing rates. One notable exception is Goodfriend, who has favored changes pushed by conservatives that would limit the Fed’s flexibility in rate decisions. Goodfriend’s nomination squeaked out of a Senate committee on a 13-12 vote, with all Democrats opposed, indicating he could face difficulty winning confirmation by the full Senate. Even if all of Pres. Trump’s selections win approval, he would still have one more vacancy to fill on the seven-member board.

Many economists think the Fed will resume raising rates at its next meeting in June and then announce two additional hikes later in the year. An acceleration to four rate increases for 2018, from three last year, would possibly reflect faster economic growth spurred by the $1.5 trillion tax cut that took effect this year and $300 billion in more government spending. That stimulus, coming at a time when unemployment is at a 17-year low of 4.1 percent, could raise the threat of higher inflation.

Yet even against this backdrop, the prevailing view is that the Trump-shaped Fed will remain cautious about rate increases.

“The central bank does not want to make the mistakes made in the past when the Fed raised rates too high, too fast and became the No. 1 cause of a recession,” said Sung Won Sohn, an economics professor at California State University, Channel Islands.