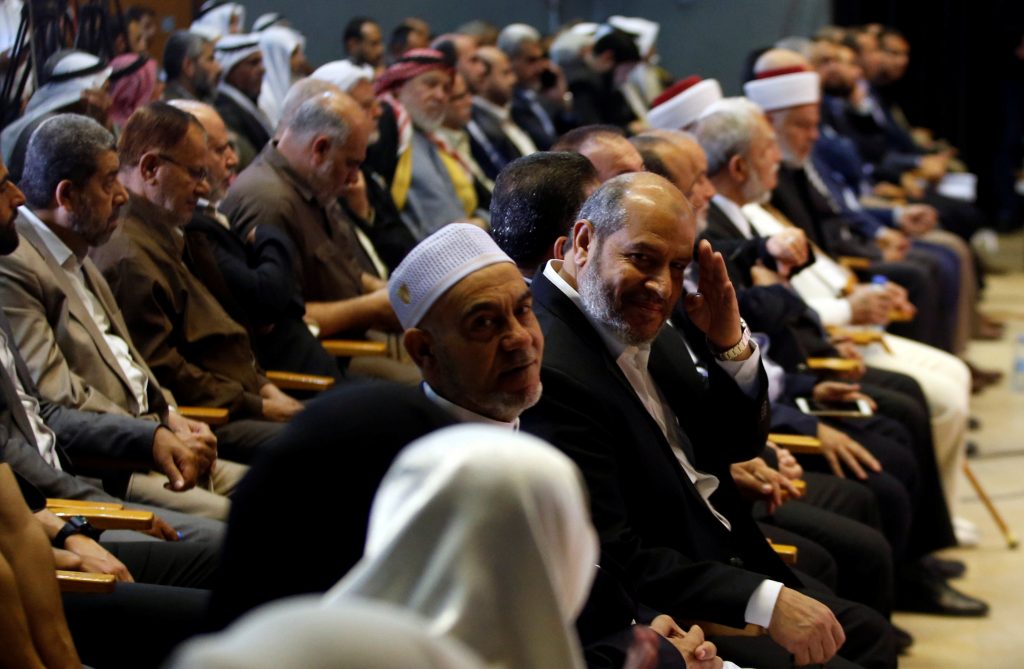 GAZA (Reuters) – Political rivals accused Palestinian Authority President Mahmoud Abbas on Sunday of pushing ahead with a rare and disputed national decision-making meeting to tighten his grip on power and sideline them.

Abbas has billed Monday’s convening of the Palestinian National Council (PNC), a 700-member assembly within the umbrella Palestinian Liberation Organization, as a chance to forge a united front against Israel and the United States.

But the event in Ramallah has revived old feuds between Abbas’s Fatah party and rivals from Islamist and other factions, many of whose members cannot attend due toIsraeli restrictions.

“The PNC meeting that will be held in Ramallah is not legitimate, is factional, and does not represent all of the Palestinians,” Mushir al-Masri, a Hamas official, told reporters at a meeting of PNC critics in Gaza.

Khader Habib of Islamic Jihad, a Hamas political ally, accused Abbas of “holding the PNC meeting to stress his exclusion of all those who oppose him.”

“The president is keen for the conference to bring about only decisions that suit his own project,” Habib told Reuters.

The PNC last met in extraordinary session in 2009 to replace several members of the PLO’s Executive Committee. It last held a regular session in 1996.

Earlier on Sunday dozens of masked youths gathered on the Palestinian side of the Gaza Strip’s main border crossing with Israel, threatening to block any PNC official from attending Monday’s session in Ramallah.