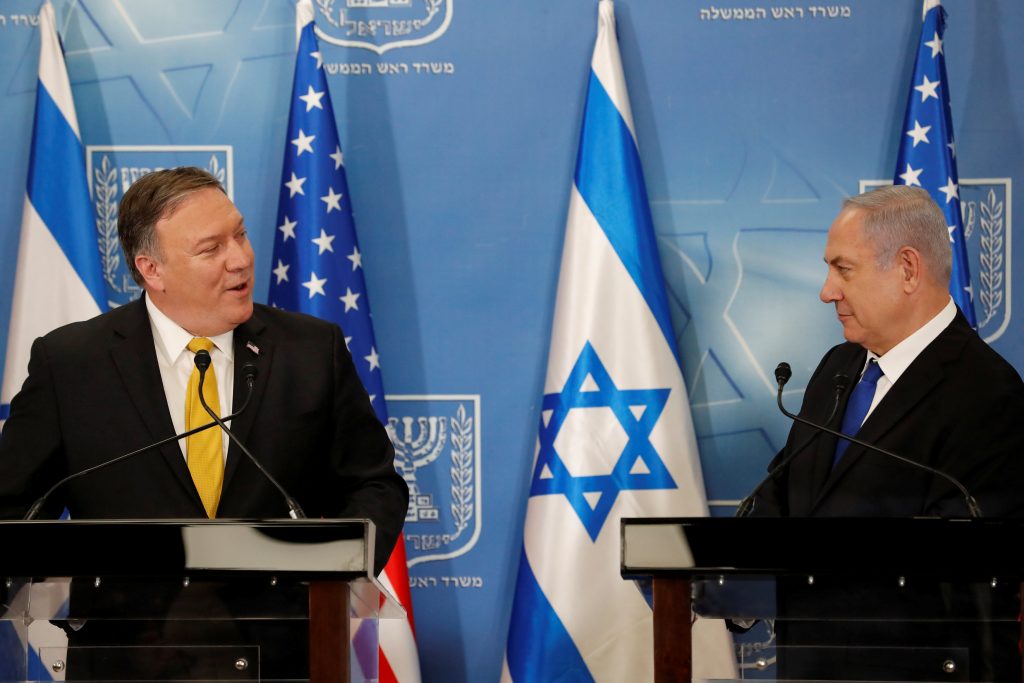 “We remain deeply concerned about Iran’s dangerous escalation of threats towards Israel and the region,” Pompeo said in remarks alongside Netanyahu.

Regarding the impending decision by President Donald Trump on whether the United States will stay in the nuclear deal:

“President Trump’s been pretty clear: This deal is very flawed. He’s directed the administration to try and fix it and if we can’t fix it he’s going to withdraw from the deal,” said Pompeo at a joint press conference with Netanyahu after the meeting in Yerushalayim.

Ahead of the meeting, Netanyahu congratulated him on taking office and said, “We are very proud of the fact that this is your first visit as secretary of state.”

Pompeo replied, “You’re an incredibly important partner, [and] occupy a special place in my heart too.”