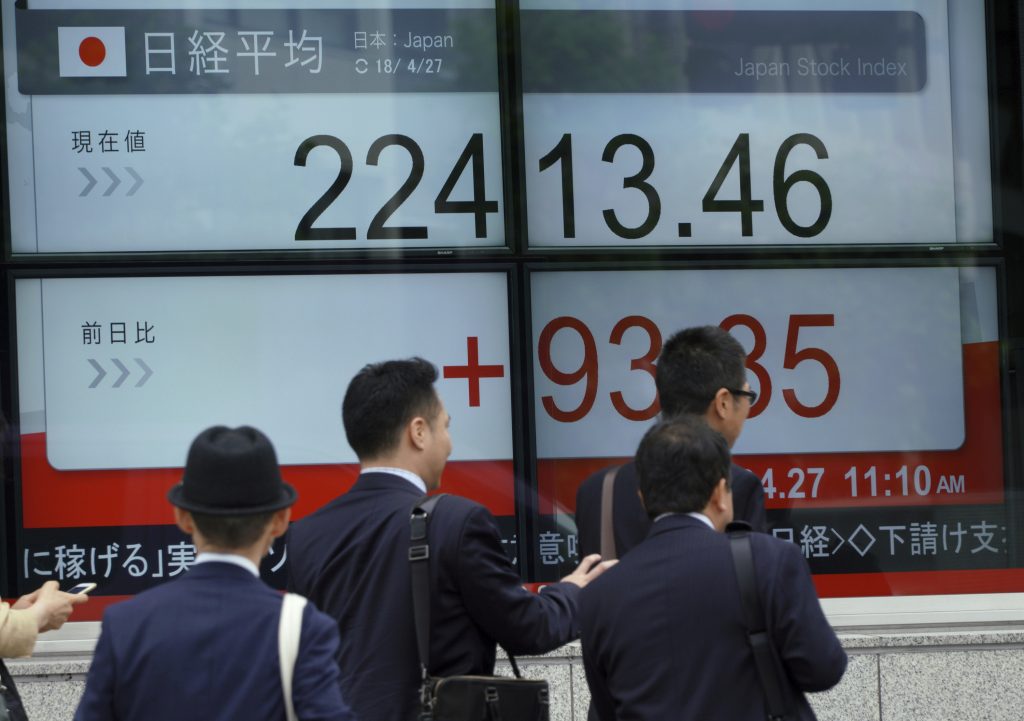 The head of the European Central Bank says recent signs of weakening economic growth are grounds for caution but not worrisome enough yet to consider changing the bank’s stimulus and interest-rate policy. Mario Draghi said that data point to “some moderation” in growth in the 19 countries that use the euro, while remaining “consistent with a broad-based expansion.” Draghi noted the potential for damage from tensions over trade, which have grown since U.S. President Donald Trump announced tariffs on some imports.

Benchmark U.S. crude fell 19 cents to $68.00 per barrel in electronic trading on the New York Mercantile Exchange. The contract gained 14 cents on Thursday to close at $68.19. Brent crude, used to price international oils, shed 22 cents to $73.66 per barrel in London. It jumped 65 cents the previous session to $73.88.