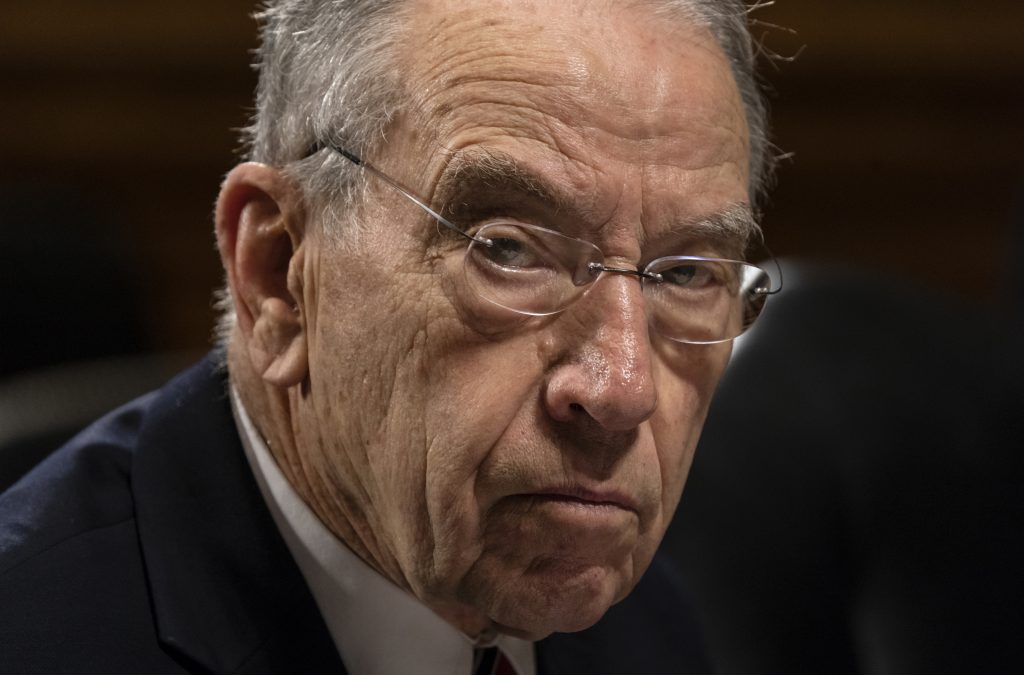 Republicans have split amid President Donald Trump’s repeatedly criticism of Mueller’s Russia investigation. The vote was 14-7 with four Republicans in favor. The move is largely symbolic, given McConnell’s opposition, but it reveals the complexity of Pres. Trump’s support among Republicans in Congress.

Nearly all GOP senators say Pres. Trump shouldn’t fire Mueller, but Republican lawmakers who support the legislation to protect the special counsel say more needs to be done to protect against prosecutorial overreach.

A key supporter is committee chairman Sen. Charles Grassley, R-Iowa, who voted for the measure and argued that McConnell should change his mind.

“While my constitutional concerns remain, I believe this bill should be considered by the full Senate,” Grassley said.

Two Republicans and two Democrats introduced the bill earlier this month as Pres. Trump ramped up criticism of the special counsel. Mueller is investigating potential ties between Russia and Pres. Trump’s 2016 campaign as well as possible obstruction of justice by the president.

Pres. Trump appeared to suggest Thursday he has no intention of trying to fire Mueller, for now. But he left open the possibility he could change his mind.

“I am very disappointed in my Justice Department. But because of the fact that it’s going on, and I think you’ll understand this, I have decided that I won’t be involved,” Pres. Trump said in a telephone interview with Fox. ”I may change my mind at some point, because what’s going on is a disgrace.”

The measure under consideration would give any special counsel a 10-day window to seek expedited judicial review of a firing and would put into law existing Justice Department regulations that a special counsel can only be fired for good cause. A handful of Republicans supported the bill, but most have opposed it, arguing that it is unconstitutional or unnecessary.

McConnell, R-Ky., has argued that Pres. Trump won’t move to fire Mueller and has insisted he will not hold a full Senate vote on the legislation.

Republicans who supported the bill could be at risk of angering Pres. Trump and some of his supporters they represent. But the four lawmakers who wrote the legislation — GOP Sens. Thom Tillis of North Carolina and Lindsey Graham of South Carolina and Democrats Chris Coons of Delaware and Cory Booker of New Jersey — had hoped to win enough bipartisan support to move it out of committee. After its passage, they say, they could try and find enough support in the full Senate to persuade McConnell to change his mind.

With most Democrats on board, the bipartisan group had been working in recent days to gather additional Republican votes. That included negotiating with Grassley, who had floated an amendment that included increased reporting to Congress by the special counsel.

Pres. Trump’s legislative director, Marc Short, said in a broadcast interview Sunday that “as far as I know, the president has no intention of firing” either Mueller or Deputy Attorney General Rod Rosenstein, who oversees Mueller’s investigation. Short said he couldn’t rule it out in the long term, though, because it’s not known “how far off this investigation is going to veer.”

The bipartisan group of four senators introduced two separate bills last August when Pres. Trump first started to criticize Mueller publicly. That legislation stalled for months, but was revived and the two bills were combined two weeks ago as Pres. Trump fumed about a raid of his personal lawyer’s office, in an investigation overseen by federal prosecutors in New York.

After the raid, Pres. Trump said the Mueller investigation is “an attack on our country” and is “corrupt.”