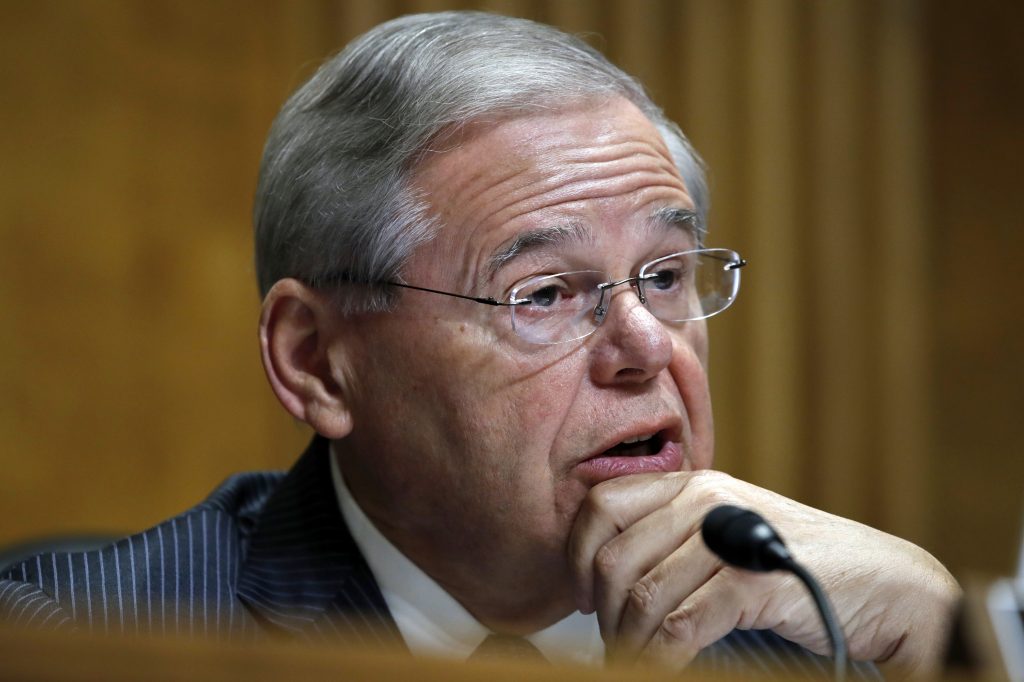 In a four-page “letter of admonition,” the six members of the panel ordered Menendez to pay back the gifts he received from Salomon Melgen, a Florida eye doctor, and said that he is “hereby severely admonished.”

“Your assistance to Dr. Melgen under these circumstances demonstrated poor judgment, and it risked undermining the public’s confidence in the Senate,” the letter reads. “As such, your actions reflected discredit upon the Senate.”

The Ethics Committee findings complete a winding, six-year saga that saw Menendez accused of corrupt dealings to benefit a political donor, Melgen, only to see his prosecution end in a mistrial last November, after 10 weeks in court.

After the mistrial, most jurors told reporters that they believed Menendez had not committed the crimes that federal prosecutors alleged and a grand jury had charged him with. On Jan. 31, a judge dismissed all charges against Menendez, after prosecutors decided not to pursue a second trial.

Since then, Menendez has moved to reassert his place in the Senate, taking back the ranking-member post on the Foreign Relations Committee that he temporarily vacated during his prosecution. As the most senior senator of Latin heritage, he has also re-emerged as a strong advocate for immigration reform, including protections for the young immigrants covered under the Deferred Action for Childhood Arrivals program.

Menendez is seeking reelection to the Senate later this year, and appears to be well positioned against a relatively unknown Republican challenger, pharmaceutical executive Bob Hugin. A Quinnipiac University poll published last month gave Menendez a 17-point lead, and found that fewer than 40 percent of voters believed he had engaged in “serious wrongdoing” in office.

Prosecutors, following media reports of Menendez’s actions to help Melgen settle business disputes with the federal government, secured indictments on 14 charges, including bribery. They alleged that Menendez used his office to help Melgen after the doctor gave gifts to Menendez, including private-jet flights and stays at Melgen’s luxury villa in the Dominican Republican. Melgen also gave large campaign donations that were ultimately funneled to Menendez’s 2012 campaign.

But in court, Menendez successfully argued that there was no illegal quid pro quo, that Melgen was a bona fide friend and that the gifts he received and the favors he did for him were unconnected.

After prosecutors decided to drop charges, the Senate Ethics Committee probe — which was put on ice for nearly five years while the Justice Department investigated — continued. The panel cannot revisit whether Menendez engaged in criminal wrongdoing, but it can determine whether senators or staff broke the chamber’s internal rules.

In particular, Menendez’s failure to immediately report some of the gifts he received from Melgen potentially broke Senate disclosure rules.

While it is rare for the Senate Ethics Committee to investigate a sitting senator, it has broad power to investigate lawmakers’ conduct, both while in office and beforehand, and it has taken serious action on several occasions.

Since the committee’s establishment in 1964, it has twice recommended that senators be expelled from the body — Sen. Harrison Williams, D-N.J., in 1982, and Sen. Robert Packwood, R-Ore., in 1995. Both senators resigned before the Senate could vote on their expulsion. In that time, three other senators have been recommended for censure, an official rebuke that falls short of expulsion.